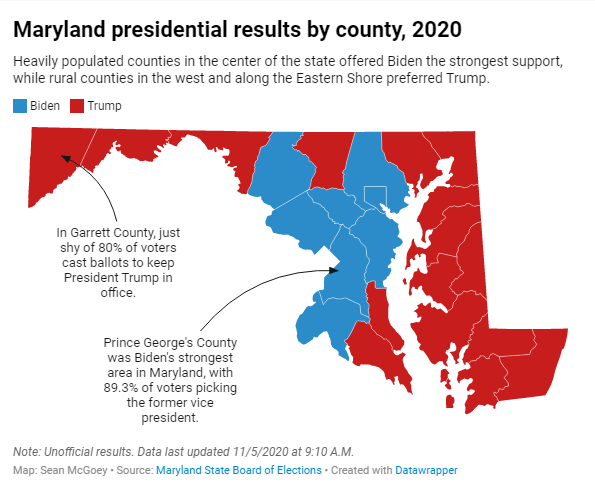 We did it. We survived what has been called the most important election in our nation’s history and it seems the whole country is having a lot of feelings. Some of us are elated; some are devastated. And there are people somewhere in between. We all have our opinions, and we are each entitled to these opinions. It was our opinions that resulted in the last four years and that have decided what the next four years will bring. The big question, though, is how do we move forward in a way that heals deep divisions and unites millions of Americans, all of whom have their own deeply held opinions?

This question has been on my mind for a long time. Over the last four years I’ve had a number of difficult conversations with people I’ve known and cared about most of my life. I do believe that these are good people who are honest when they say that they don’t approve of racism, violence, homophobia, and transphobia in the same breath that they voice support for a person encouraging all these things. My opinion is that any person endorsed by the KKK is bad news for everyone, but millions of my fellow citizens think differently. How do we reconcile this as we move forward?

I also wonder if I could or should have done things differently. The day before the election was called, I took a much needed break from the news to stock up on snacks at my local convenience store. There was a line and I was the only person wearing a mask. As I waited, feeling optimistic about the outcome of the election, I realized I was slouching and remembered that I was wearing my drab flannel, old and frayed, that I only wear when I go to places that could be unsafe. When it was my turn, I said hello to the pleasant older woman ringing me up. She asked about the election and I heard myself speak in a twangy drawl, saying that Biden was favored to win but Trump was still leading in North Carolina. “That’s a shame,” she said. I replied, “yeah,” which I meant as a neutral response but actually sounded more like agreement.

Maryland is a blue state and I live in a red county. The area is rural and, like all small towns, everyone is connected in some way. It wasn’t until I was in line, three days after voting, that I realized how much I had begun to censor myself in order to blend in. The cashier saw my beard and my flannel and deemed me to be on her “side,” which is exactly what I wanted in a way—to go unnoticed and to stay safe. I’ve heard neighbors say, with hate in their voices, that we need to shoot and lock up everyone who isn’t like them. These are people who are open about owning guns and I always wonder if or when they’ll decide to use them. I also wonder if one day they will use them against me.

It’s not just queer folx, though. A number of straight, cis friends have voiced similar experiences. Nobody wants to make themselves vulnerable or risk offending someone in their network. Out here, we rely on friends and neighbors. Nobody wants to alienate the guy who plows our driveways when it snows, or the woman who’s happy to take walk-ins at her in-home salon. At first, these were small concessions, but over the years these concessions became the new normal for us.

Electing a new president is a start, but the work is far from over. The last four years have been a kind of social experiment and we are now solidly in unknown territory. How do we bridge the divides that threaten to destroy our democracy and country? All the opinions and sentiments that led us here still exist, regardless of who will sit in the Oval Office next year.

Remember us as we move forward. Remember that we are not equally affected by progress and that we all have a part to play in restoring and building a new America. The work must continue and we must strive to restore decency, empathy, and compassion for our fellow citizens. Let’s roll up our sleeves (flannel or otherwise) and get the work done.