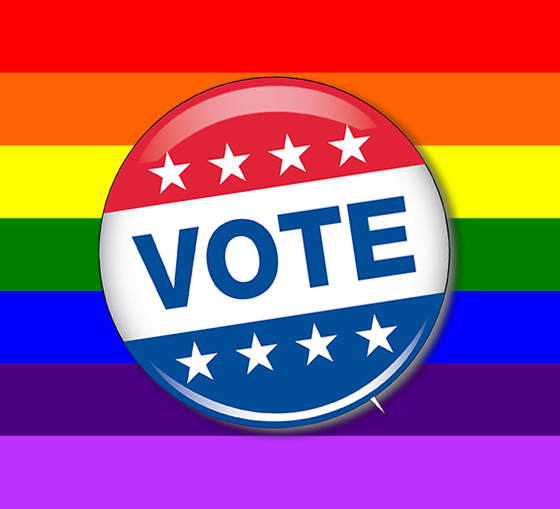 Washington, D.C. – LGBTQ voters turned out in record numbers for this year’s election, according to a survey released by the Human Rights Campaign (HRC). The National Election Pool exit poll conducted by Edison Research shows that self-identified LGBTQ voters accounted for 7% of the total electorate, while making up 4.5% of the general population. This is an increase over other recent elections. In the 2018 midterms, LGBTQ voters represented 6% of the electorate, and 5% in the 2016 presidential election. In fact, the percentage of LGBTQ voters and their representation in the general population may be undercounted, because not all LGBTQ people will self-identify to pollsters.

“Over the last three elections, the share of LGBTQ voters has continued to increase, solidifying our community as a key rising constituency that politicians must court,” HRC President Alphonso David said in a statement. “Our issues matter, our votes matter and politicians around the country have taken notice. But this development did not occur in a single cycle. Over the last two decades, and especially over the last four years, our community has organized to protect our rights – rights that have been under attack and on the ballot. “In the most consequential election of our lifetimes, LGBTQ people showed our strength.”