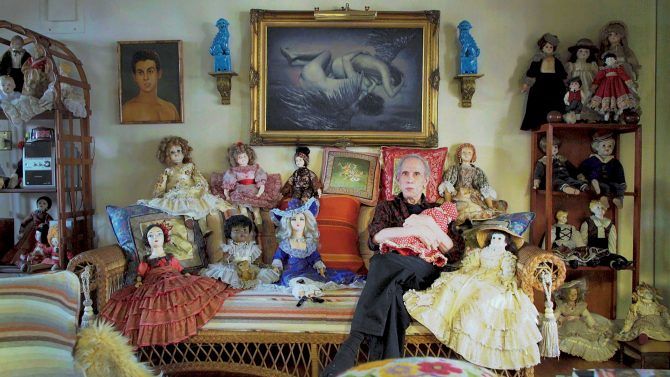 Los Angeles, CA – David Reddish writes in Queerty that with Outfest 2021 occurring, he thinks it is time to revisit one of last year’s major winners, which also cleaned up on the rest of the festival circuit. PS Burn This Letter Please chronicles life in the queer underground in the pre-Stonewall era. History has a way of burying queer stories in the sands of time. PS Burn This Letter Please digs deep, paying homage to the generations of LGBTQ people that came before us, and drawing a line from our current thriving culture to a time of thriving underground.

The film came about by total accident; a discovery of a box of letters belonging to Hollywood agent Edward Limato detailed his friendships with dozens of drag performers and gay men in the 1950s. Limato had requested that his estate burn the correspondence upon his death for fear of uncovering–and outing–members of his social circle. Lucky for us, cooler heads prevailed, as directors Jennifer Tiexiera and Michael Seligman used the letters as the basis for a chronicle of untold queer life.

Tiexiera & Seligman tracked down the authors of the original letters–several of whom are still alive–and managed to get them to open up about life on the edge of society. They also dug up stunning archival footage and photographs which recreate the drag pageants and smoke-filled rooms that once played home to members of the LGBTQ family, as well as the ever-present fear and oppression of the day. That drag clubs also attracted straight tourists illustrates one of the many paradoxes of the time. One interview subject relives undergoing conversion therapy in an insane asylum, while another bursts into sobs remembering helping a friend get into drag. Such moments underline the trauma and conditioning to keep their gay lives a secret; most of them have never talked about them publicly, until now. The film is a beautiful chronicle of our history, and a moving reminder of how far we’ve come. (Queerty – David Reddish at https://www.queerty.com/take-journey-world-pre-stonewall-queer-life-told-lived-20210814?utm_source=Queerty+Subscribers&utm_campaign=40247bf791-20210814_Queerty_Newsletter&utm_medium=email&utm_term=0_221c27272a-40247bf791-431876119)