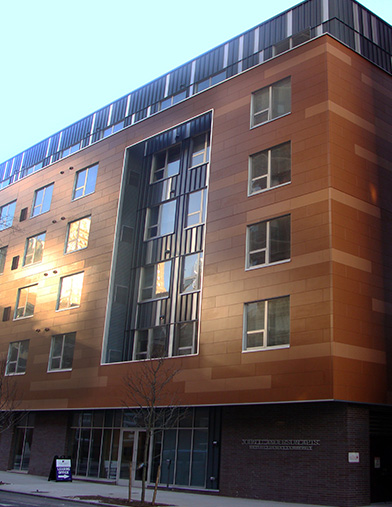 I want to share a success story with you, which started in the pages of Philadelphia Gay News. Once upon a time, I wrote a column with the headline, “The Pie-in-the-Sky Project.” It was about a project on the drawing board. It would create affordable housing for members of our LGBT senior community, to be located in their own community. Most people thought it was preposterous – an impossibility. Some people even laughed. Still, others didn’t understand the need.

As with any column, I listed the basics, starting with what should be obvious, that LGBT seniors are our first real out generation – especially those seniors who were out when they were young, which would have been in the 1950s to the 70s. They were on the front lines of discrimination, and if you were out at that time, chances are you wouldn’t get a decent job with any retirement plan. And many have lost touch with family, which for many seniors is a major resource. And, if you were trans or stereotyped, and survived, the jobs you had along the way most likely didn’t give you much for your “golden years.”

For those who grew older living in the Gayborhood, they saw rents climbing and many had to leave the community they helped build. Then, there are the choices of affordable housing offered by other communities, many not inviting for our seniors. I won’t list horror stories here.

So, once you realize there’s a need, the next step is how to plan buying property, government regulations, funding, zoning, contractors, legal issues, getting neighborhood and senior organizations onboard including the LGBT community itself, and the list goes on. But as I recall, the issue that column made many people laugh at was that we needed to raise the $19.8 million to finance it.

It was all done within three years – a national record.

So, the week of January 20th marks the fifth anniversary of the first LGBT senior moving into the John C. Anderson Apartments.

Along the way, this pie in the sky project became a White House Challenge project as well as being named nationally as best affordable living building by AIA (American Institute of Architects). But what is more miraculous are the residents. They have become the soul of the thriving LGBT community and an inspiration to all. They not only live in the building, but they allow the building to be a center of the community. When someone in the community needs help, they are there. They volunteer and contribute to our growing community, and if you are having a bad day, just stroll over to Anderson and I promise you, you’ll leave with a smile after watching the hectic pace of life rushing about you.

Don’t be afraid to dream big. The board of the Dr. Magnus Hirschfeld Fund did, and the force of its positive work of unifying the community brought about real change. Five years on, and those residents represent us and inspire us.