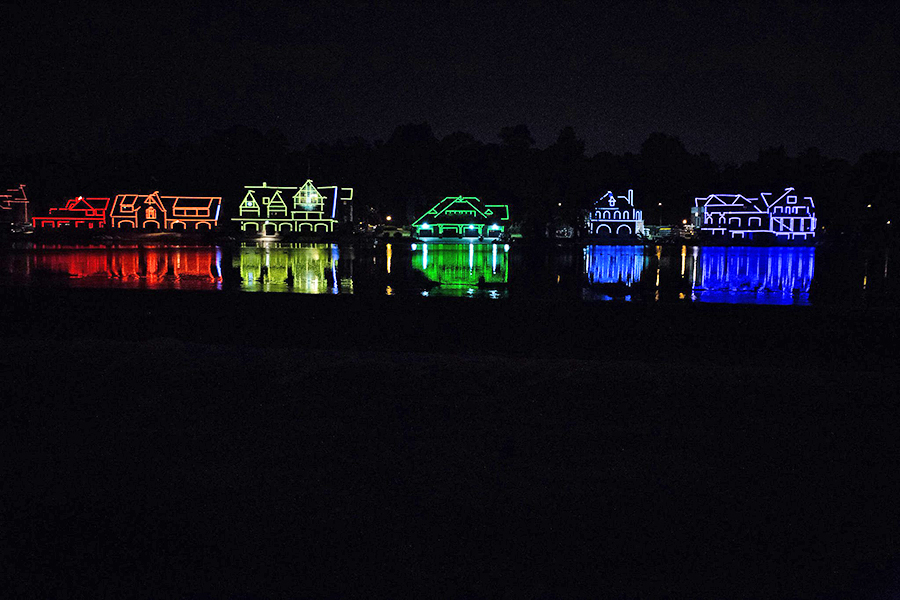 Philadelphia – The “Philly Lights Up Rainbow” display will happen after sundown on two nights during June: Sunday, June 9th, on the evening of the Philadelphia PrideDay Parade and Festival; and on June 30th, when New York City hosts its WorldPride march. The Benjamin Franklin Bridge, Boathouse Row, and PECO Crown Lights are among the most prominent landmarks to get the rainbow-light treatment. Other confirmed locations include the South Street Bridge, and the light poles that stretch for 2.5 miles along North Broad Street, between Hamilton Street and Glenwood Avenue. “Of course, there may be others that join in, but they haven’t confirmed their participation with us at this time,” said Lauren Cox, deputy communications director at the mayor’s office.

This is the second year that sites like the Benjamin Franklin Bridge, Boathouse Row, and the PECO building lit up for Pride month, but Cox said the 2019 display is more widespread, including brand new spots like the North Broad Street light poles. The Benjamin Franklin Bridge also showed support for the LGBTQ community in 2016, when it lit up for three nights in honor of the victims and families affected by the shooting at Pulse nightclub in Orlando, Florida.

This year’s “Philly Lights Up Rainbow” was orchestrated by the Mayor’s Office of LGBT Affairs, which told Philadelphia Gay News that it reached out to partners to participate in the attempt to “make Philadelphia’s support for and celebration of our LGBTQ community more visible than ever.” “For too long, the LGBTQ community has been pushed into the shadows and actively erased from moments in history. These fun, illuminated displays on some of Philadelphia’s most visible and recognizable landmarks are one small way the city was able to ensure our LGBTQ residents and visitors feel seen,” said a spokesperson from the office. (Philadelphia Gay News – Josh Middleton at Epgn.com/news/local/14774-philadelphia-landmarks-light-up-for-pride)