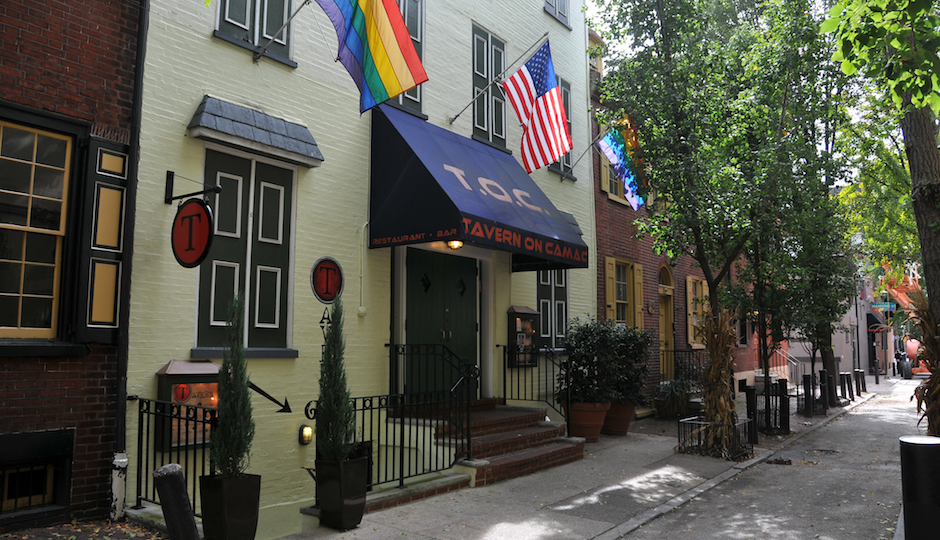 Philadelphia, PA – Within just 30 hours, Tavern on Camac (TOC) and Ubar’s GoFundMe campaign to raise money for out-of-work staff met their goal of $5,000. This campaign sparked similar efforts by other Gayborhood bars such as Tabu and Knock to launch their own fundraising campaigns. No campaign has been quite as successful as that of TOC and Ubar, so other establishments have had to get creative with food assistance and limited work opportunities to support their employees in wake of the COVID-19 crisis.

“Management has been incredibly supportive,” said Jason Evans, a bartender at Ubar, who, along with Evan Sorg, had the initial idea for the GoFundMe campaign. Sorg and Evans decided to launch the campaign right after TOC and Ubar had to close due to COVID-19. This was before citywide announcements that rent and utilities payments had been suspended, explained Evans, so the need seemed that much more pressing. Evans was also full of gratitude for Ubar’s owner, Stephen Carlino, who owns TOC, The Tavern Restaurant and Otto’s Taproom under parent company, The Tavern Group. Evans explained that “Stephen is less like a boss and more like a dad.” Evans was happily surprised to see two weeks’ pay on his latest check along with the rest of the staff of The Tavern Group. Carlino also donated all shipments of perishable foods to his employees in hopes that both this and pay would help carry them through a financially difficult time.

Howard Nields, assistant general manager for Tabu, took Carlino’s generous efforts as inspiration to help support his staff. After Tabu closed its doors on March 11, Nields helped pass out perishable food items to his employees and Tabu owner, Jeff Sotland, is planning to bring in the kitchen staff to prepare the next shipment of perishable food and invite employees to come take some meals home — in shifts, of course. One Tabu bartender launched a GoFundMe campaign to help Tabu’s staff. However, only a quarter of the goal has been reached in over a week. Offering an explanation of why a place like Tabu might have a harder time raising money than TOC, Evans said: “We have a lot of regulars who have been regulars for years. Because of the size of Tabu, it may not work in their favor. It would be hard to get to know a bartender.” TOC and Ubar are smaller, more established joints in the Gayborhood. In fact, TOC is the oldest gay bar in the city — it started as a “gentleman’s club” called Maxine’s in the 1920s and changed hands multiple times but always retained its spirit as a gay bar. Nevertheless, Nields makes it a point to reach out to his staff every week to see how everyone is faring. “They seem to be in good spirits,” said Nields. Employees at Knock also launched a GoFundMe campaign to benefit servers, bartenders, barbacks and kitchen crew. This campaign is, as of now, only $1,000 short of its $5,000 goal. Woody’s could not be reached for comment. (Philadelphia Gay News – Jennifer Amell at https://epgn.com/2020/04/01/gayborhood-bars-do-their-best-in-wake-of-covid-19/)