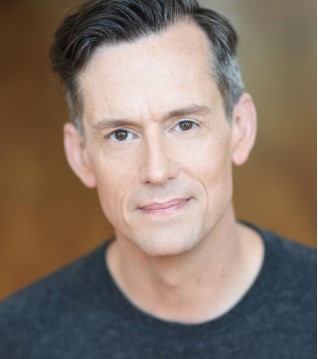 The “Music of the Night” will waft through the streets of Charm City this month as Phantom of the Opera takes to the Hippodrome Stage from Wednesday, October 9th through Sunday, October 20th. Based on the French novel by Gaston Leroux, the central plot of Phantom revolves around a beautiful soprano, Christine Daaé, who becomes the obsession of a mysterious, disfigured musical genius living in the subterranean labyrinth beneath the Paris Opera House. Baltimore OUTloud recently chatted with Rob Lindley, who portrays Monsieur André in the musical.

“This performance is a chance for audiences to see the longest-running Broadway show in history here in your own hometown,” began Lindley. “Our rendition debuts a brilliant new set design with amazing technical aspects. You’ll be blown away!”

Originally from small-town Iowa but now calling the Windy City home, Lindley went on about the new features of this production. “There will be moments you’ll feel the need to shield your eyes. The show is that impressive and awesome. It’s a great romantic musical thriller for audiences.”

Lindley went on to explain to readers about his character of Monsieur André. “As most people know the character of the Phantom is haunting this opera house. He needs people to interact with in order to get his demands across. Monsieurs André and Firmin are the two managers of the opera house. So, we offer a bit of the comic relief since there isn’t very much in the performance.”

As the longest-running show in Broadway history, Phantom of the Opera is a timeless classic. “I think the musical strikes a chord with people of all different ages and all walks of life,” says Lindley. “Part of that is the romance and the amazing score. But it’s also how this is a story about compassion and empathy. Being able to see someone beyond appearances and really get to know why people are how they are. There’s a real human interest to it that helps to strike a universal chord. Not that I agree with the tactics the Phantom uses! One of the last things the character of Christine says to the Phantom is, ‘God give me the strength to show you you’re not alone.’ That scene right there strikes to the inside of anyone.”