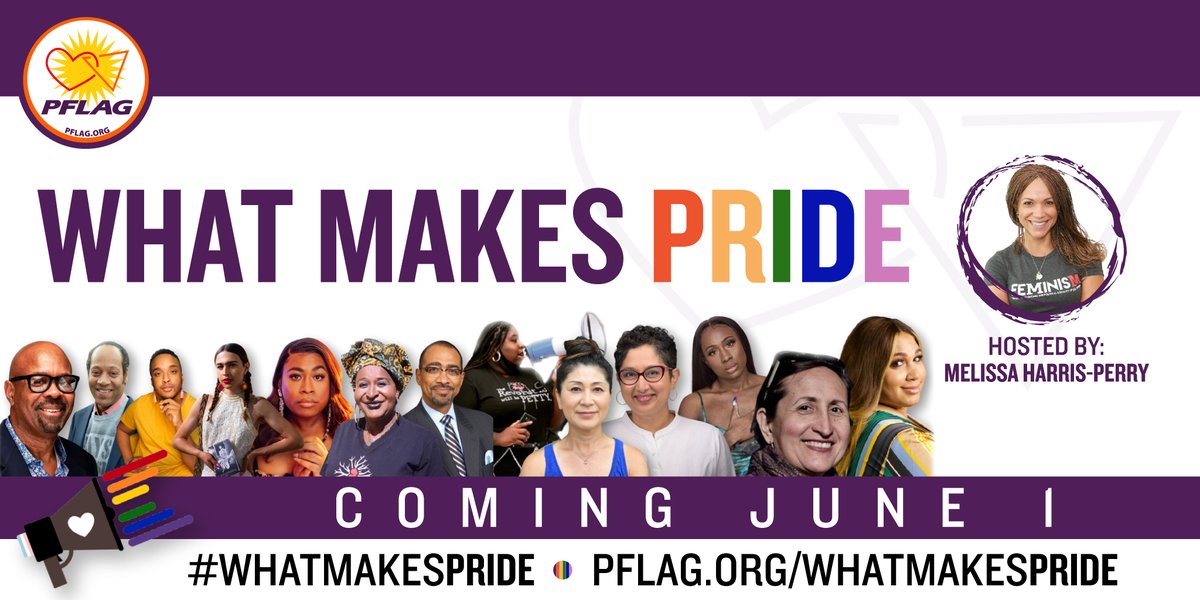 “In a year marked by social upheaval, growing white supremacist movements and a global pandemic, organizations led by and for people who are queer, transgender, Black, Indigenous, and people of color are creating transformational change in communities,” according to a press release announcing the series. “What Makes Pride focuses the lens on their stories, their work and the QTBIPOC leaders who embody Pride in 2021. PFLAG National Executive Director Brian K. Bond said, “As the nation’s largest organization for families and allies of LGBTQ+ people, it’s our role to signal boost. What Makes Pride builds on this action, and elevates the ‘who’ behind transformational work. “I’m excited that so many more people will learn about these incredible organizations and leaders,” Bond continued. “We’re grateful to host Melissa Harris-Perry, the production teams with the Anna Julia Cooper Center and Bellflower Media, Tomu DJ, and especially our wonderful agency, Wear Your Voice, for their work to bring these important conversations to light.” Harris-Perry added, “I am looking forward to sharing the What Makes Pride series with a broad audience. These are conversations with critical voices, extraordinary artists, and effective organizers. I am so honored to have had the opportunity to host these episodes.”