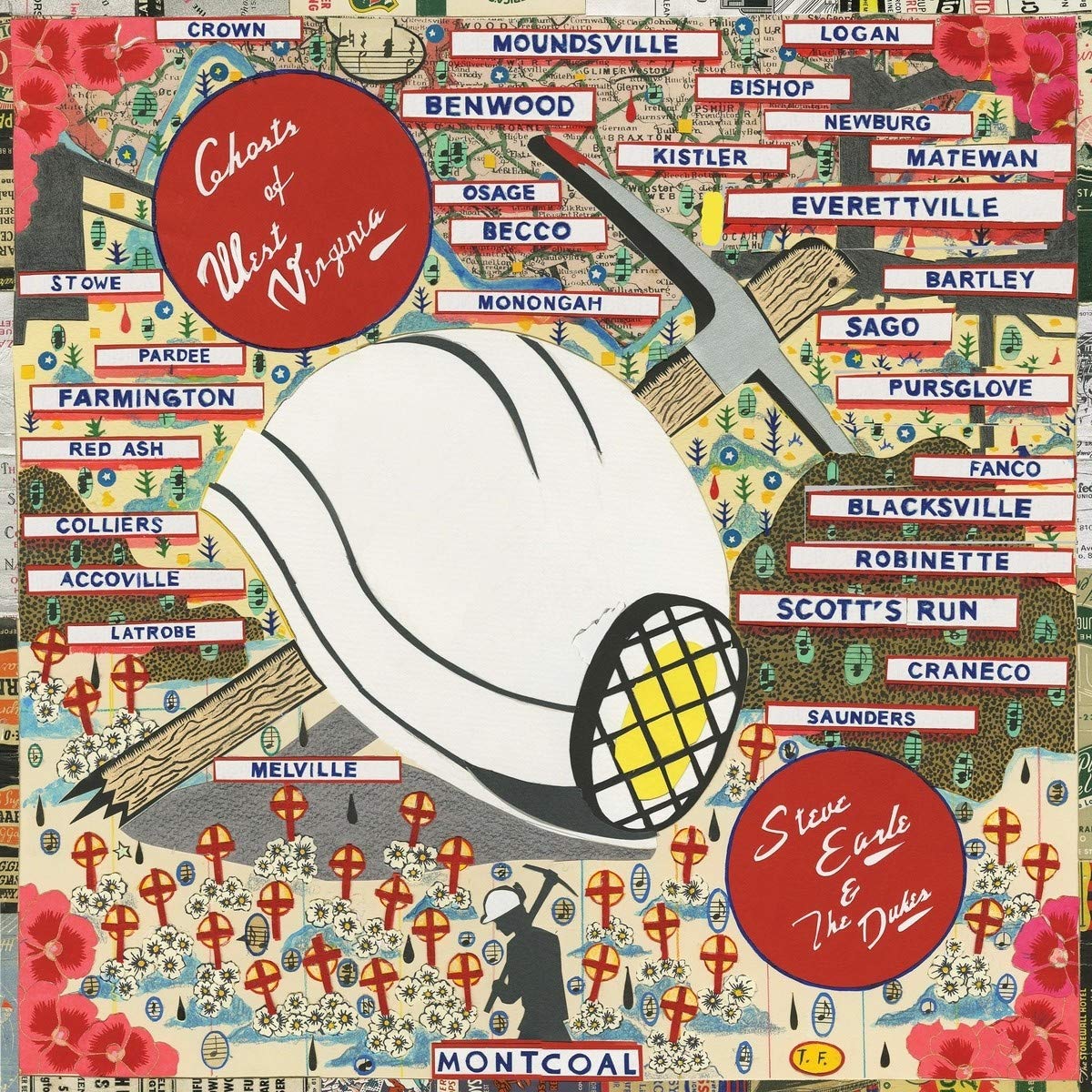 Looking for musical friends with whom you can pass the time while the country shuts down (again!) as the pandemic continues to rage? The following albums are worth hearing while being in lockdown.
I’ve always thought of Steve Earle as the Bruce Springsteen of modern country. With his similar vocal style and his songs about the common man, Earle makes music that could be described as Springstwang. This has never been truer than on Ghosts of West Virginia (New West) by Steve Earle and the Dukes. The songs are intended to be a musical companion piece for playwrights Jessica Blank and Erik Jensen’s theater project Coal Country, about the 2010 coal mine tragedy in West Virginia. They are so packed with emotion that it might be difficult to listen to straight through the first time. This is certainly the case for songs such as “Time Is Never On Our Side,” “Union, God and Country,” “Devil Put The Coal in the Ground,” “The Mine,” “Black Lung,” and “If I Could See Your Face Again” (with lead vocals by Eleanor Whitmore).
Speaking of Springsteen, by the late 1970s there were countless guys angling to be the next Boss. Joe Grushecky, leader of Pittsburgh’s Iron City Houserockers was one such contender. Newly reissued in a 40th anniversary expanded double CD set and single LP (with download card), Have A Good Time But…Get Out Alive! (Cleveland International), the second full-length album proves the point. Horrid album title and cover aside (and you should have seen the one from its 1979 predecessor!), …Get Out Alive! is the sound of a bar band coming into its own, and features the outstanding numbers “Old Man Bar” (the best track on the album), “Junior’s Bar” (do you detect a theme?), “Angela,” and “Rock Ola.” The bonus material features 16 tracks, mostly demos, as well as a cover of “Do Wah Diddy.”
If Steve Earle and Joe Grushecky owe a debt to Bruce Springsteen, then Ryan Kattner, front-person of Man Man (who goes by Honus Honus), is indebted to Tom Waits. Even more out there than Waits, Man Man’s aptly titled new album Dream Hunting in the Valley of the In-Between is like a fever dream. Daringly experimental yet surprisingly accessible, the 17 songs on the album veer from gorgeous (“If Only” and “Animal Attraction”) to downright bizarre (“Goat” and “Oyster Point”), with the songs “On The Mend,” “Future Peg,” “Sheela” and “Cloud Nein,” landing somewhere in between.
Has there even been a better time to exercise your body and brain than now? The message music on Invisible People (ATO) by Chicano Batman gives listeners the opportunity to do both.  Who says that politics and dancing don’t mix? Just try to keep still while paying close attention to the lyrics of the title cut, “The Prophet,” “Manuel’s Story,” “The Way” and “Pink Elephant.”
A veritable modern punk supergroup, Fake Names boasts a line-up made up of members of the bands Bad Religion (Brian Baker), Girls Against Boys (Johnny Temple), Refused (Dennis Lyxzén), and S.O.A. (Michael Hampton). With its eponymous Epitaph Records debut, Fake Names makes the kind of protest music you’d expect from these men. “All For Sale,” for example, features the line “trickle down economy/we all become commodities.” “Dark Days” is about the “epidemic of stupidity” in which we currently find ourselves and “Lost Cause” asks listeners to “hold on to this lost cause,” while “Driver” declares that we’re all casualties.
Class of 98 (Let’s Break Records) is singer/songwriter Eric Hutchinson’s attempt to come to terms with his suburban Maryland high school experience. Influenced by the ‘90s music of his youth, the 10 songs on the album invite listeners join Hutchinson on his nostalgic trip, no matter when they graduated from high school. Recommended tunes include “Drunk At Lunch,” “Cooler Than You,” “If They Don’t Care (We Don’t Either)” and “Good Things Come.”