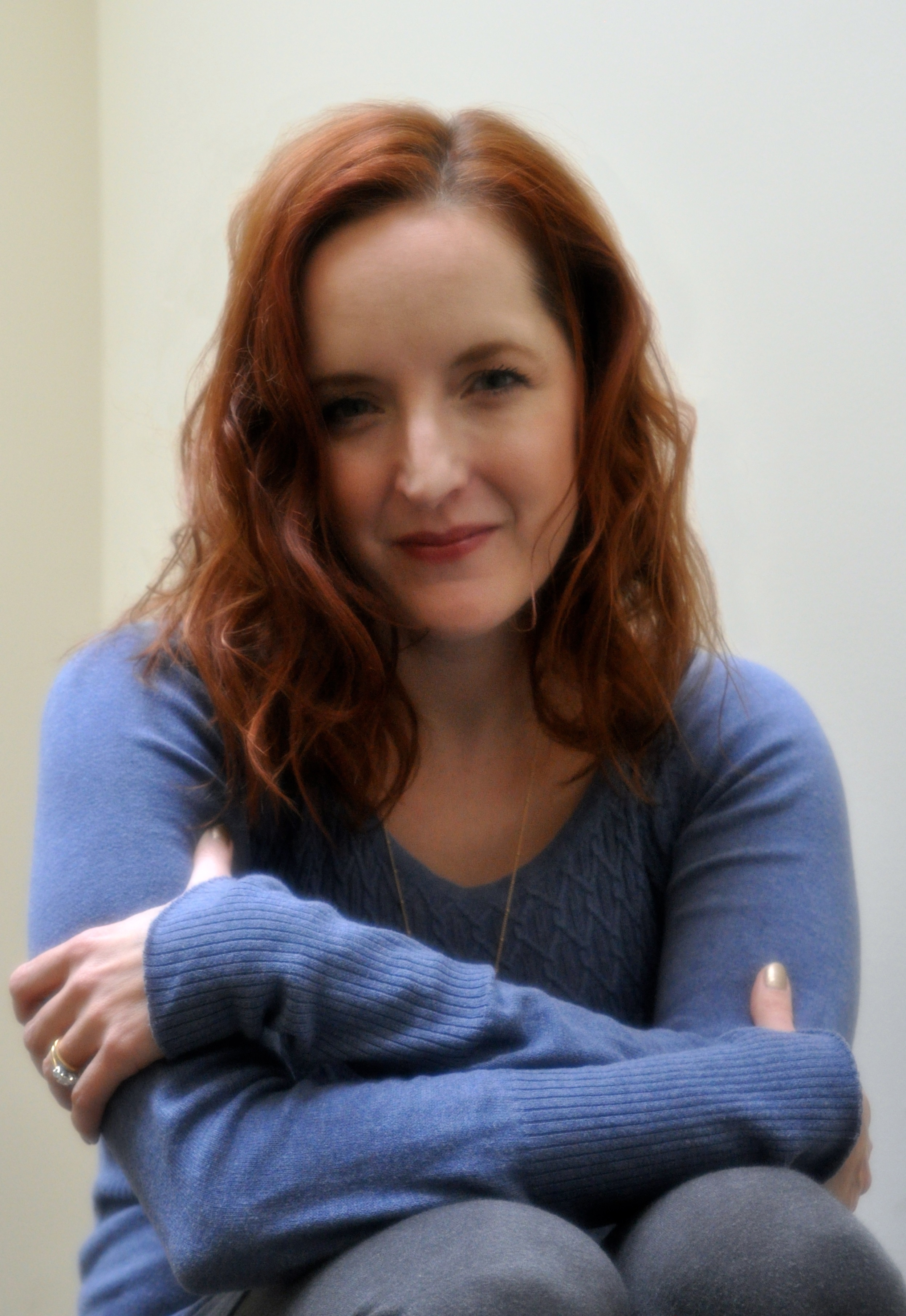 If you’ve been waiting for the arrival of the best book of 2018, look no further than The Great Believers (Viking, 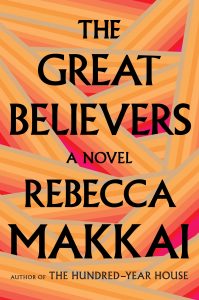 2018), the new novel by Rebecca Makkai. Starred reviews in Kirkus Reviews and Publishers Weekly, as well as an A- review in Entertainment Weekly, are not exaggerations. Makkai’s dazzling epic about the AIDS epidemic and its impact on a group of friends in Chicago during the 1980s is insightful, sensitive, revelatory and nothing short of a tearjerker. I had the privilege of speaking with Rebecca on June 19th, the publication date of The Great Believers.

Gregg Shapiro: Rebecca, I’d like to begin by congratulating you on the rave review for The Great Believers in the June 22nd issue of Entertainment Weekly. What does a review such as that mean to you?

Rebecca Makkai: Thank you! I’ve been thrilled about getting really good magazine coverage ahead of publication which always means a lot. Entertainment Weekly actually has fantastic book coverage. I don’t think we normally think of it as the venue for that. I think we think of it more as covering movies and music and things like that, but they do a fantastic job on books. Everything’s a bit of a blur to me right now; it’s publication day today. But I know that was a lovely review. You work “in the dark” for a few years, alone, writing without an audience, not knowing how people are going to receive the book. It’s a little bit like getting dressed in the dark and showing up at a party without having looked in the mirror. You hope that it all works and that people get it. You’re grateful for all reviews, no matter what someone’s opinion is. All pleasant, complimentary reviews, of course you’re over the moon about.

When I interviewed you in 2015 about Music for Wartime, you told me you were working on a novel set in 1985, “with the specter of AIDS looming in the background.” This made me think about how 20 years ago, straight women such as Ann Patchett (The Magician’s Assistant) and Jane Hamilton (The Short History of a Prince), were creating these wonderful gay characters, and more recently you, Hanya Yanagihara (A Little Life) and Meg Wolitzer (The Interestings), for example are doing something similar. Can you please say something about this trend?

It’s interesting, I also think that gay men happen to write straight women spectacularly well. I really do. You look at someone like Michael Cunningham or at Darren Star and Sex and the City. I think there is more common with straight women and gay men than, for instance, with straight women and straight men [laughs], for sure. I feel more comfortable writing gay men than I do writing straight men. I get them better. I also tend to be good friends with them in real life. I think that’s part of it. I do always have an eye on the problems of possible appropriation.

I’m so glad you mentioned that. What precautions did you take?

I didn’t undertake this project glibly. I was constantly thinking as I wrote whether a project like this is going to mute or amplify more direct LGBTQ voices. Ultimately, I wouldn’t have kept writing if my answer hadn’t been the latter. First of all, the success of any book featuring LGBTQ characters and storylines and a plot having something to do with AIDS, is going to mean that publishers are more likely to put money behind something like that in the future; first person accounts, etc. Also I can use the opportunity as I’m writing essays about the book, as I’m talking about the book and promoting it, to refer people to fictional and non-fictional accounts by LGBTQ writers. That said, I do think there is a strong kinship between the straight female experience and the gay male experience with a lot of tremendously fundamental differences, many of them societal. Those are people I’m drawn to, and characters I’m drawn to, again and again.

The subject of AIDS has recently made a return to the cultural zeitgeist. In addition to The Great Believers, there is Tim Murphy’s 2016 novel Christodora, Kenny Fries’ 2017 memoir In the Province of the Gods and an essay in the new David Sedaris book Calypso. It’s back onstage in the Broadway revival of Angels in America, which won a number of Tony Awards earlier in June, as well as on TV in Ryan Murphy’s new FX series Pose. Why do you think that is?

As much as I think it’s amazing that all this stuff is out there, I am much more interested in why there isn’t more of it. Here’s the thing: you go to someone’s house and they have 18 books about the Civil War on their shelf. They have 32 books about World War II. People who are interested in American history, that is. Where are the books about AIDS? They don’t have books about AIDS on their shelf. Where is the museum? Where are the monuments? This is one of the major events of the 20th century. We should be talking about this in school to the extent that we talk about World War II; and for the same reasons. So that history doesn’t repeat itself, to understand America the way it is now because of what’s already happened, to understand the cause and effect of history, and so on. This is a drop in the bucket. It’s cool that these things are out there, but when I hear people say “There’s so much stuff right now,” (I think) there should be 85 times more. I’m shocked that there hasn’t been. I was shocked, setting out to research this book, and specifically AIDS in Chicago, finding next to nothing about the AIDS crisis in Chicago. Not a single big book of non-fiction about it. It’s not even in the index of a lot of the big trade book about AIDS, such as (David France’s) How to Survive a Plague. Chicago’s not even in the index.

Since the beginning of the epidemic, much of AIDS literature was set in New York City and San Francisco.

Yes, exactly. Even from the perspective of people writing the history of Chicago, where’s the doctoral dissertation being turned into a book? It’s not out there. I searched for it for five years. I’m thrilled to see Angels in America back on Broadway. I think it’s one of the seminal works of the 20th century. I can’t speak to some of these other pieces of fiction simply because I was specifically avoiding fiction about this book. I was reading non-fiction and doing direct research. I’m thrilled that they are out there but this is such a small amount of space that that epidemic takes, whether we acknowledge it or not, in our history.

You’ve already dealt with queer issues in The Borrower and in Music for Wartime. But The Great Believers is something else entirely. How do you think your core readers will respond to it?

I don’t really know who my core readers are. I know individual people. I think different readers might like my work for completely different reasons. I don’t think there’s a consensus out there about why people like or dislike me [laughs] for that matter. It’s not as if I’m known for mystery novels, and suddenly I’m doing this. I think that ultimately everything I’ve written has been character driven. It’s always had literary aspirations. I feel like I’ve been all over the board in subject matter and style even. A few things that what I write have in common is that I tend to be writing frequently about artists or academics, and that was helpful for this book. It’s not that it’s dark humor, but my work is always going to be humorous on some level and dark on some level at the same time. That’s also holding true for this book.

In terms of the book’s timeframe, The Great Believers is told in alternating chapters. Were all of the 80s / 90s chapters written at once. The same with the 2015 chapters?

I could say neither or both. I was initially writing about the 80s, writing Yale’s story. I got about 150 pages in with just that when I realized that the story needed broadening. At that point, I wanted another character, another point of view. I also wanted another time frame. I spent some time figuring out what that would be. Ultimately, I went back into the manuscript and found Fiona who had really been a minor character until that point. I decided that she would be my voice for the other chapters. I went back and wrote her first few sections, weaving them into the story, breaking Yale into chapters as I did that. Once they were caught up to each other, I wrote forward in alternating chapters.

The Great Believers is incredibly cinematic. If there was a movie version, who would you want to see play Yale and Fiona?

It’s funny, I just did an essay on this. There’s a wonderful blog called “My Book, The Movie” where they ask you to cast your story. In “My Book, The Movie,” you get to pick anyone living or dead. Or you can un-age them. For Fiona, because we see her in two time periods, I said that I wanted to see Kate Hudson and Goldie Hawn. They’re mother and daughter. But I need them like 15 years ago, I think [laughs]. For Yale, I said a cross between a young Paul Reiser and a young David Eigenberg, but with a Chicago accent instead of a New York one. If it really were made into a movie, I think I would want someone young and unknown who has the right look and doesn’t have the baggage of being a known entity behind them, so they can just be that character for people.