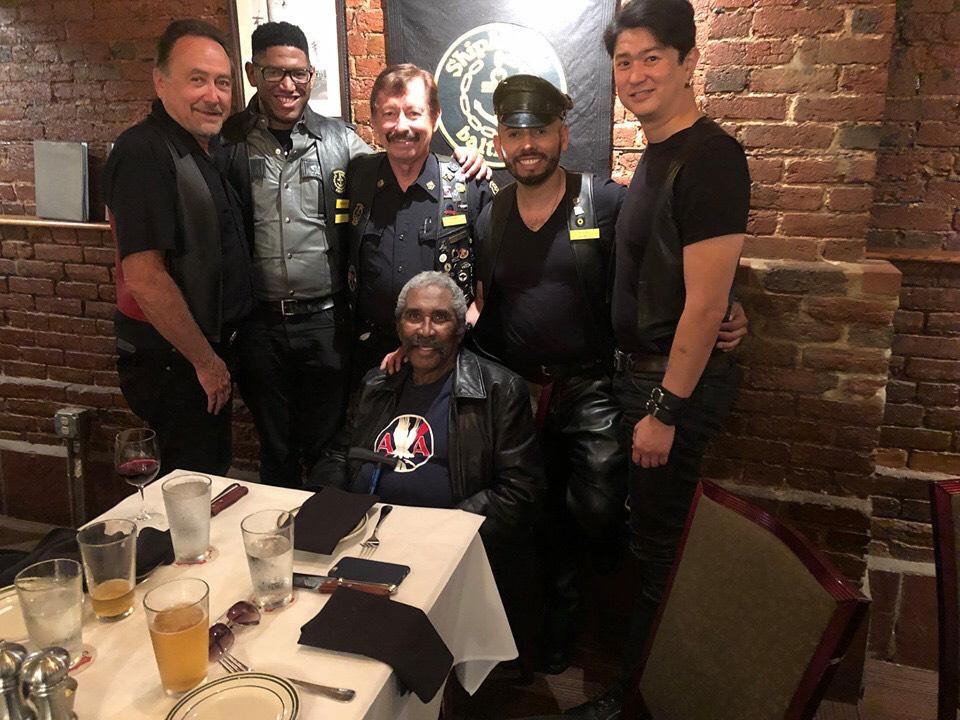 On September 26th, 2019 the leather community lost a leader, a historian, a mentor, a leather contest producer, and a very colorful character. I lost a dear friend. I will never forget Vern Stewart. 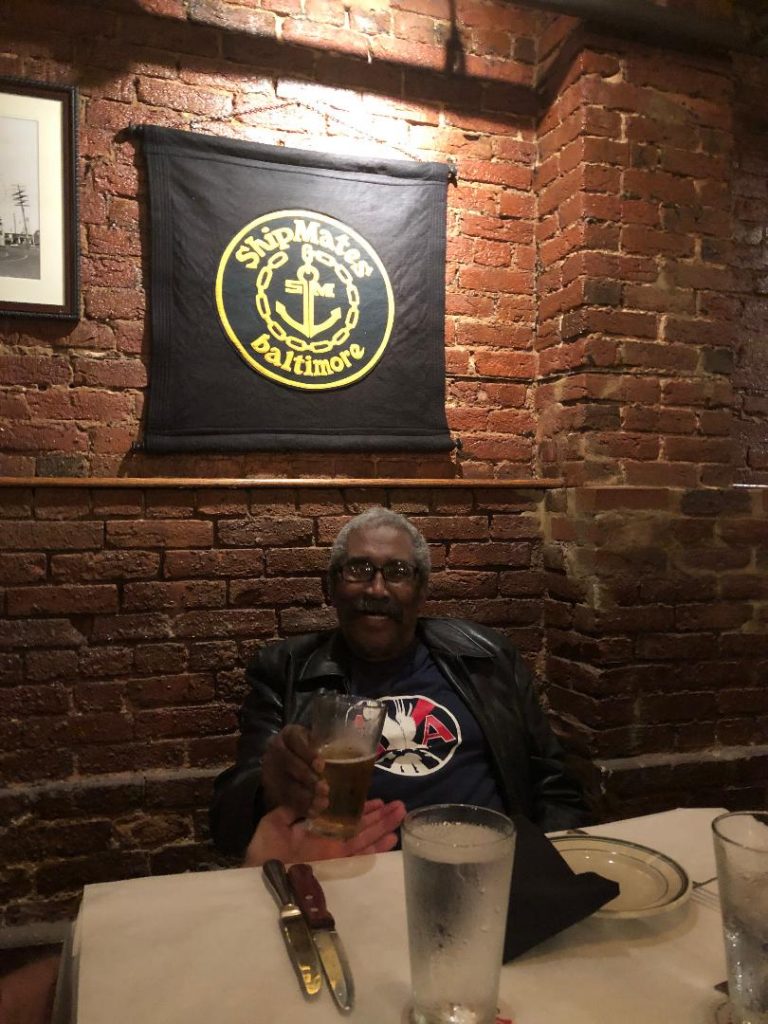 I first met Vern in May 2001. In March of that year I became a leather titleholder when during a contest at the Club Hippo in Baltimore, I was selected Maryland Mr. Drummer 2001. In May I traveled to Scranton, Pennsylvania, for the Pennsylvania Mr. Drummer / Drummerboy 2001 contest. It was Kentucky Derby Day and I ducked into the Silhouette Lounge to watch the race. My mother and her boyfriend had traveled to Louisville to see the Kentucky Derby in person. How could I tell her that I didn’t even watch it on television? I asked the bartender if he could please turn on the race and found a bar stool next to a pleasant looking African-American man. We watched the race together. It turned out that he was in town for the Drummer contest too. His name was Vern Stewart.

Vern had a very long history in the leather community going all the way back to living in San Francisco in the 1950s. Vern said that he was always curious ( or “nosy”) and went into a bar that had lots of motorcycles out front called the Tool Shed. Vern explained that many people in the African-American community had enough problems dealing with being gay, especially with the church preaching the evils of homosexuality, and seeing men in leather was frightening. He discovered that one could learn a lot at leather bars: “How to make quiche, how to appreciate opera….” The most important thing that he learned was that leather people were just regular people. He also discovered that people of color in the leather community were nonexistent in those early days. He made it his life’s work to change that.

Our paths would cross many, many times over the years. Vern wrote a very popular blog called: “Musings by Vern – Leather Community News and a Little Dish.” Vern was all about the dish and was never afraid to speak his mind. He didn’t care if people liked him or not. I think many people feared him because he spoke the truth. When I started writing the Leather Line in 2005, I would often find myself sitting next to Vern in the press section at leather contests along with another of my mentors, and one of Vern’s best friends, Mr. Marcus from the Bay Area Reporter. I think he liked me because when he made one of his snide comments, I would give it right back to him and we would laugh together.

One October I was working the door of the DC Eagle with my fellow ShipMates for the annual Leather Sabbath Halloween party. Vern entered and remarked, “Oh I see, shouldn’t you be working the door in some other city?” I replied, “Come on in Vern. What’s Halloween without a witch?” Once when he noticed that I was still president of the ShipMates (I was president eight years in a row), Vern quipped: “Oh, I see. You’re still president of the ShipMates? Don’t they have term limits?” I replied, “Only in DC, darling.” When he saw me with pen and pad covering a leather event he often remarked, “Oh, I see. If it isn’t the Hedda Hopper of Baltimore!” I would come back with, “If it isn’t the Louella Parsons of DC!”

Vern mentored many leather titleholders and contestants. He only ran for a leather title himself once many years ago when he ran for the Mr. Pendulum Leather contest in San Francisco. The Pendulum was the only bar in the Castro that catered to African-American men and their admirers. Vern did not win, but the winner proudly did very well at the International Mr. Leather Contest in Chicago. Vern often recruited people of color to step up and run for contests. He instructed them to make sure they had a background in the community. He did not like it when contestants would say, “If I’m selected, I will do this and that in my community.” Vern would ask, “What’s stopping you from doing it now?” He also stressed the importance of knowing leather history. When he judged International Mr. Leather 2015 there were 53 contestants. He asked 28 of them to name three IML titleholders, not including the current one who was sitting at the judge’s table. None of those 28 contestants could answer that question. Vern said, “If you do not know anything about your history, how are you going to deal with the future and the past?” Vern also had great respect for leather titleholders who didn’t disappear after stepping down and continued to work for their community. As producer of the Mr. Eagle NYC Contest Vern asked me in 2017 to be a judge. The contest is always held in early October and coincided with Sir Steve’s birthday. We had talked about going to Las Vegas for Sir Steve’s birthday, but how do you say no to Vern? Plus, as someone who majored in theatre in college, here was my chance to be a star in New York! It was a wonderful contest and I was at last a VIP in NYC, if only for a weekend. I couldn’t thank Vern enough and noted that had I gone to Vegas that October weekend in 2017, I would have been there for the mass shooting at the Route 91 Harvest music festival. Maybe Vern gave me more than the opportunity to judge a famous contest.

I saw Vern for the last time this past May 19th at the anniversary dinner for the Highwaymen TNT leather club in DC. I attended with a few of my fellow ShipMates and we sat with Vern. We both had a great time laughing and dishing. It was a fun afternoon. I’m happy that my last memory of Vern is such a joyful one. I first met Vern Stewart in May 2001 and last saw him in May 2019. There will be an empty chair next to me at the Mid-Atlantic Leather contest this year, but I bet I hear a voice say, “Oh, I see!”