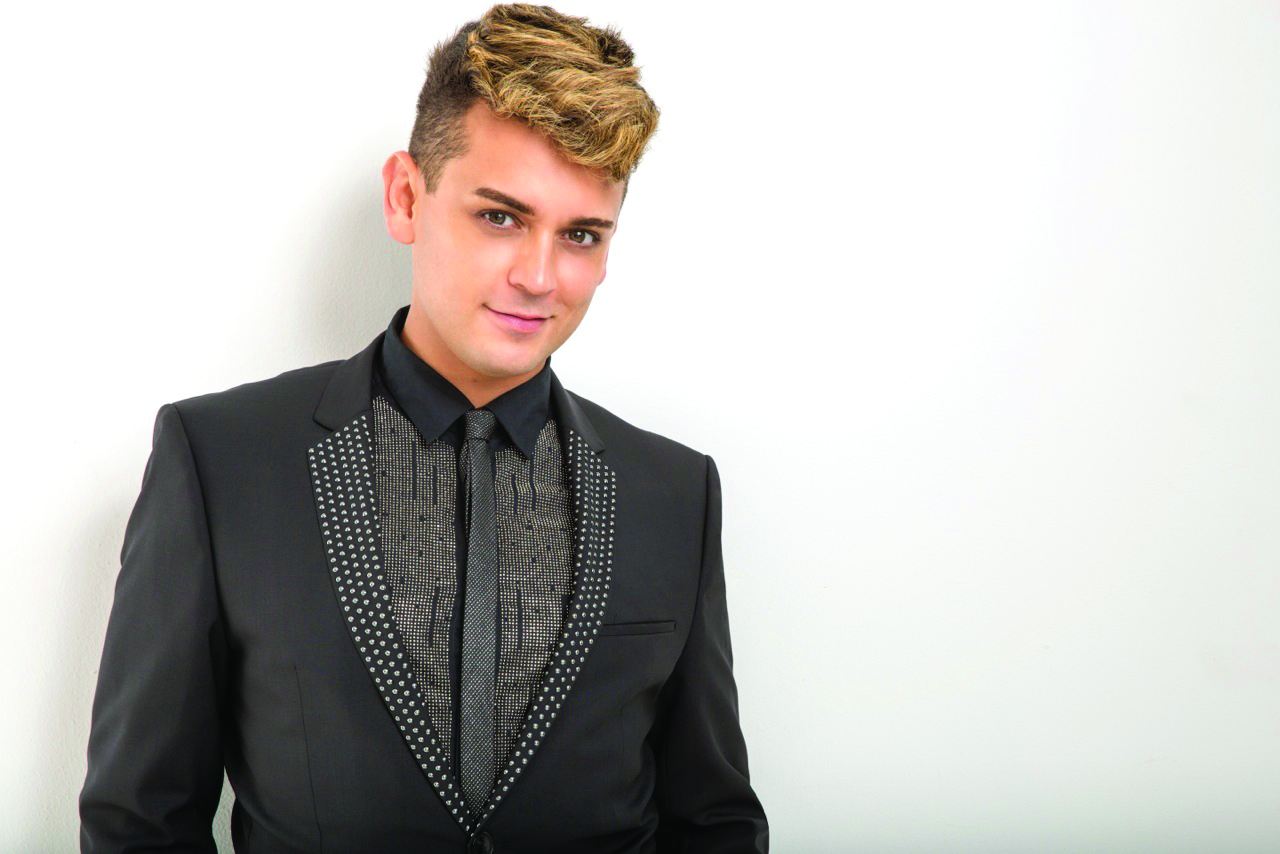 You’ve got to give Michael Longoria, who performed on Broadway in Jersey Boys and Hairspray, credit for being ballsy. On his 2016 album Broadway Brick By Brick he powered his way through a set of popular songs from, you guessed it, Broadway musicals. For his new album, Like They Do in the Movies (Broadway), he turns his attention to songs from the cinema. Longoria begins the album with the catchy original “Kiss Me (Like They Do in the Movies”) before boldly taking on well-known numbers such as “Arthur’s Theme,” “Evergreen,” “Wind Beneath My Wings,” “I Will Always Love You,” “It Must Have Been Love,” “Take My Breath Away,” “My Heart Will Go On,” and “The Rose,” to name a few.

Bi-coastal lesbian vocalist Jen Fellman has populated her debut album Forbidden Drive (Broadway) with songs from a variety of sources. There are Broadway numbers (“Wherever He Ain’t,” “Happiness,” “I Won’t Send Roses,” “Love Look Away”), French chanson (“Mon Amant De Saint Jean,” “Les Parapluies De Cherbourg”),  jazz (“I Get Along Without You Very Well,” “Stardust,” “Golden Earrings”) and even an original (“New York Treasure”).

Gay New Zealand transplant and musical theater performer Hayden Tee gives us full-on divo realness on his new album Face To Face (Broadway). According to the liner notes written by Tee, the characters in the songs he sings, many of whom he has “inhabited” on stage, are “rebels and antagonists,” and come from shows including Les Miserables (“Stars” and “Empty Chairs at Empty Tables”), Cabaret (“I Don’t Care Much / So What”), Love Never Dies (“Till I Hear You Sing”), Matilda (“The Smell of Rebellion”), and Floyd Collins (“How Glory Goes”), to mention a few.

These days, Orville Peck and Black Belt Eagle Scout aren’t the only queer artists using stage names for their creative sides. You can add Jay Som (aka Melina Mae Duterte) to that list, too. On her third album, Anak Ko (Polyvinyl), which translated from Tagalog means “my child,” Jay Som sounds like she’s ready for mainstream stardom. The poppy shoegaze jangle of “Superbike” has the potential to grab the ears of listeners of all ages. “Nighttime Drive” feels like hipster Americana, complete with Annie Trusscott’s fiddle. The suitably named “Tenderness” is powered by the subtlest of synth beats before it slinks into infectious funk and “If You Want It” will make you want to dance.

Portuguese alt-folk singer/songwriter Filipa Marinho, who just goes by Marinho, has released her debut album – aka Tilde (Street Mission). Marinho addresses themes of sadness and fear of abandonment, issues with which many listeners will be able to identify, on songs such as “I Give Up and It’s Okay,” “Not You,” and “Freckles.”

Best-known for his award-winning musical The Wild Party, gay theater composer Andrew Lippa teamed up with cartoonist and writer Jules Feiffer for a stage adaptation of Feiffer’s 1993 young adult novel The Man in the Ceiling. The world premiere recording of The Man in the Ceiling (Ghostlight), features Lippa in the role of Uncle Lester, Grady Miranda as Lester’s nephew Jimmy, Tony Award-winning actor Gavin Creel as Jimmy’s father and Tony-nominee Kate Baldwin as Jimmy’s mother.

Also based on a novel (by Ned Vizzini), the double disc set Be More Chill: Original Broadway Cast Recording (Ghostlight) features music and lyrics by Joe Iconis and book by Joe Tracz. Set in the torture chamber known as high school, the musical is of the moment, touching on subjects including bullying, social ostracism, popularity, video games, and drugs, as well as a bisexual character, Rich (played by Gerard Canonico).