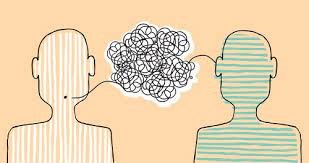 Watching the snow peacefully falling outside of my window this morning was a peaceful respite from the angry and exhausting debating I have been doing via social media for much of the later part of this week. You see, if you have been residing in a communication-free bubble, you might be unaware, but President Biden (love being able to type that name after that title) officially rescinded the very discriminatory practices precluding trans Americans being able to serve both their country and live as their valid and authentic gender. As it is when any minority/marginalized group is thrust into the forefront of our sensationalized news media, everyone suddenly has an opinion on something that relates to their lives as much as I can relate to winning an NBA Championship. I know that the comment section on any article relating to well, pick one of my affiliated minority statuses, is filled with more muck than substance; I still find myself pacing around, resembling Daria’s Mr. DeMartino, as I attempt to persuade a stranger to give me a crumb of humanity.

There is a reason you will never find me writing an article about Dendrology. Do I think trees and shrubs are important and necessary? Absolutely, but do not ask me to decipher anything past deciduous versus evergreen. I actually, like most folks, have a substantially larger collection of things I do not know, than the things I do. We live in a world of limitless pursuits, theories, ideas and studies, it is impossible to master them all within one lifetime and infinite resources, let alone trying to pay back loans for an undergrad degree that was finished before Obama left office. To take it a step further, while I did play basketball on an actual team on and off until I was twenty, the last team I was on was a collegiate rec league that began most games by planning where we were going to be drinking after the game. Therefore, while, I do understand the mechanics of basketball, I really hope Coach Krzyzewski does not ask me for input on how to get Duke back into the Top 25. It also should be stated that while I definitely know more about the innate reality of “transness,” about a quarter of that knowledge comes from my personal journey. I have had a true-just-for-me transition, because there is no textbook way to transition socially, medically, or legally because there is a patchwork of tightropes, rope bridges with crocodiles beneath them, and haphazard pathways standing between asking to be called Tina and not Tim and having a legal ID that reflects as much.

If you are detecting a lingering annoyance as you read, it is not lingering, it continues to grow and fester long after a conversation that should not have gone on for a fifth of the time that it took. Full stop; if you believe that trans people suffer from higher rates of [insert negative aspect of existence] for any other reason than the discriminatory and gatekeeping issues put upon them by society, you need to stop reading this, and start Googling. If you like to be skeptical for the sake of being skeptical, even when there is an abundance of information and anecdotes coming from multiple viewpoints, all running perpendicular to yours, you are not being a skeptic, you are being a large, incendiary donkey. If someone who is currently living in Argentina tells me what Argentinian daily life is like, I am going to listen to them over my own thoughts of Argentinian culture, most of which came from my sixth-grade social studies class.

No one should ever have to expose themselves, feel made to overshare, or open up deeply personal truths and circumstance to remind someone else that they are human. We have conflated opinion with facts and while I throw shade at social media and our media in general, the real culprits are ego and the misguided idea that everything can be debated as though the hypothetical supersedes actuality. I should not have to explain the last four years of my medical and logistical navigating to get someone who could have easily either listened to the influx of queer voices attempting to educate them, or you know, use the internet and learned for themselves. The fact that it took me detailing such personal things to get someone to stop speaking about an entire population as though they were mythical and impossible to understand Unicorns is a problem. People are not issues. People have issues. People suffer through issues. To dehumanize people down to just that issue, to talk over their own voices, is to further subjugate them.

I do not need to write an article about why trans people suffer from higher rates of mental illness, drug addiction, STIs, homelessness, joblessness. The answer is they are precluded from equal access to most resources and safety nets in the majority of locations simply because they are trans. If we did not feel the walls closing in constantly, or the floor being ripped out from under us, we would be in a lot better position in society. Who would have thought that unequal access to healthcare, jobs, housing, education, or something as simple as being able to urinate in peace without someone starting an entire protest about it would negatively impact a person? Whether we all want to be cohesive or not, we are a society. We are a collection of diverse folks who would do a lot better if we learned to listen to each other’s voices, and not think our own is the most paramount. I cannot speak for anyone else, but I know I learn a lot better by listening and not speaking.