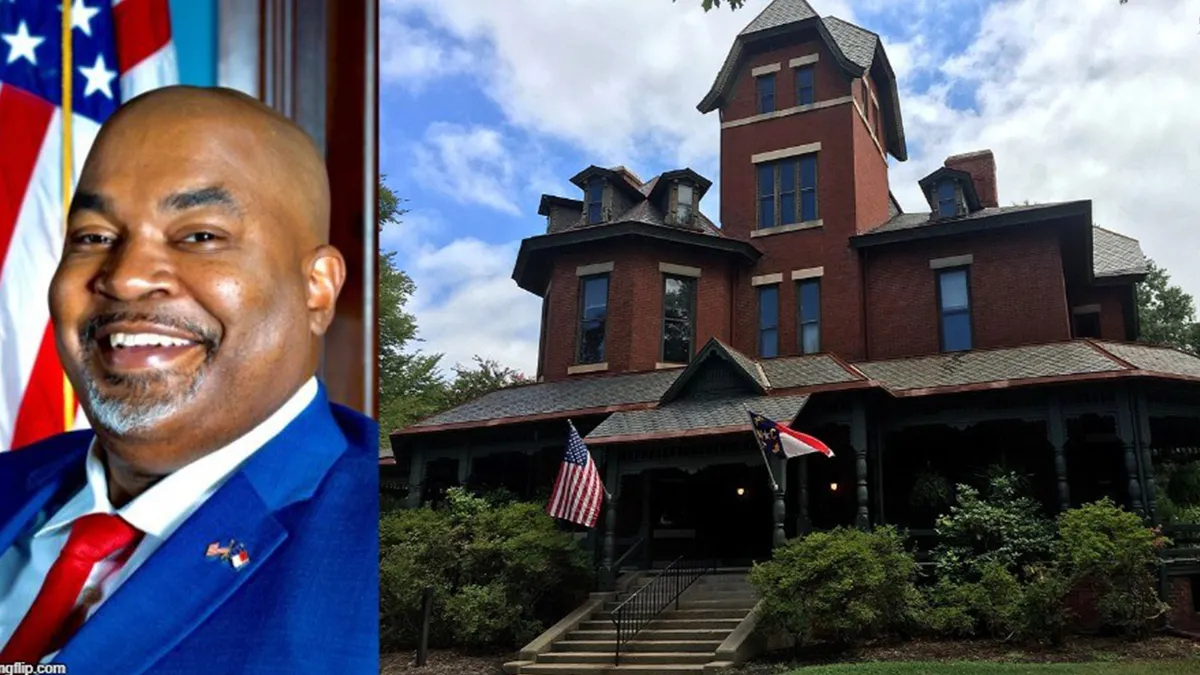 Charlotte, NC – North Carolina’s Lieutenant Governor Mark Robinson is at it again. Seems the right wing super conservative, who also refers to himself as “a man of God,” just can’t stop embarrassing the state on a relatively regular basis with a variety of anti-LGBTQ comments. On October 6, the progressive Right-Wing Watch website, a conservative watchdog organization, posted a clip on Twitter of Robinson speaking at Asbury Baptist Church in Seagrove, North Carolina this past June when he made the following comments: “There’s no reason anybody, anywhere in America should be telling any child about transgenderism, homosexuality, any of that filth. And yes I called it filth. And if you don’t like that I called it filth, come see me and I’ll explain it to you,” Robinson said in the video clip.

This isn’t the first time Robinson has attacked the LGBTQ community. In a story published in Q Notes earlier this year, it was revealed that in 2016 he condemned gays and lesbians immediately following the Pulse nightclub shooting in Orlando, heartily endorsed the National Rifle Association and – in an apparent attempt to use trans gender identity as an affront, even misidentified first lady Michelle Obama as “a man.” Following the Pulse shooting: “Homosexuality is still an abominable sin and I will not join in ‘celebrating gay pride.’”

But Robinson’s anti-everything crusade didn’t stop there. Since his election as the state’s Lieutenant governor last year, he instituted a task force to review public school systems and their teaching styles to compile what he titled the “Indoctrination in North Carolina Public Education Report.” That report, Robinson claimed, would offer proof that students were being swayed to accept leftist viewpoints via classroom curriculum and certain suspect teachers. The task force’s findings, which are comprised of complaints from parents, staff and students, was designed to include grievances with children’s books, vocabulary lessons and additional teaching materials. Not surprisingly, it ended up being an exercise in futility. Many people in the state believe North Carolina’s Lieutenant Governor is unfit to serve in his elected office. He can’t govern without bias against individuals who don’t share his religious and political opinions and he can’t seem to stop bashing the LGBTQ Community whenever the opportunity arises. (Q notes Online – David Aaron Moore at https://qnotescarolinas.com/nc-lt-governor-spewing-anti-lgbtq-hate-speech-again/)