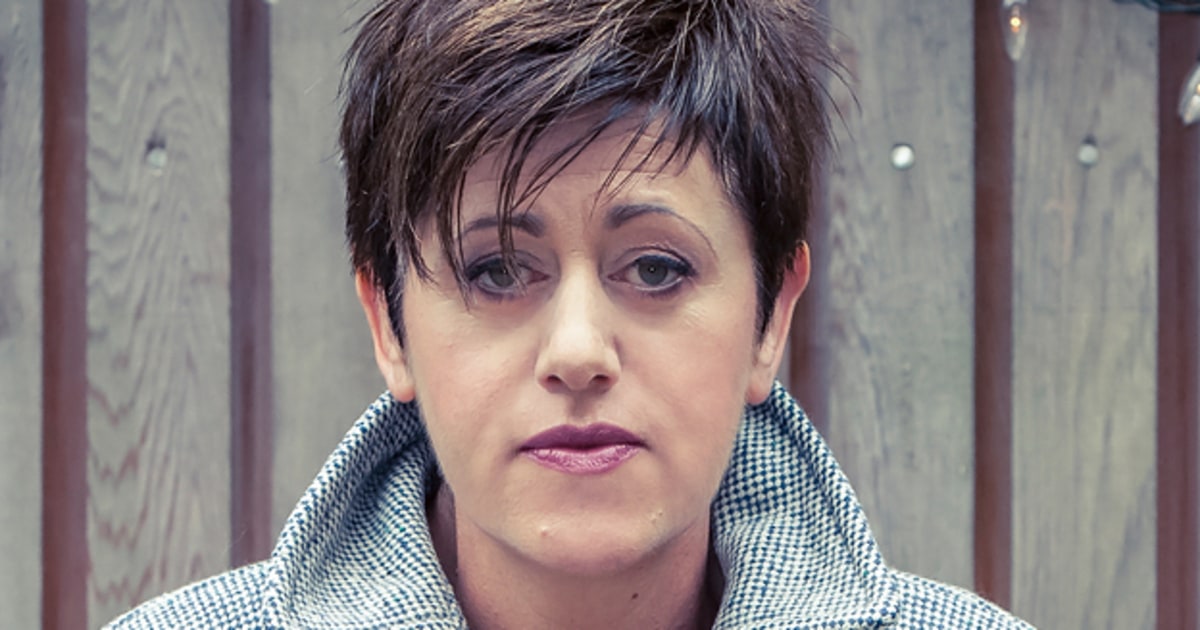 It’s not too soon to say that Record (Merge), the new album by Tracey Thorn (of Everything Bhe Girl fame), bowing in early March, is one of the best records of 2018. The nine songs are the perfect combination of thought provoking lyrics and emotions, most of which are set to irresistible dance beats. The only complaint listeners could possibly have is that at just 36 minutes, it all ends too soon. The solution is to listen to it again and again. I had the privilege of speaking with Tracey shortly before the album was released.

Gregg Shapiro: Tracey, when I interviewed you in 2010, we talked about the song “Hormones” from your album Love and Its Opposite, in which your daughters were featured. Can you please say something about the way that motherhood figures prominently on your new album Record, in the songs “Go,” “Babies,” and “Sister”?

Tracey Thorn: I’ve returned to that subject again, which is obviously such a big part of my life. Other people’s lives (too). It seems to me a really rich topic. In “Babies,” I’m partly talking about contraception. I’ve loved being a mother precisely because I could choose exactly when I had my babies. Taking an honest look at that subject, which I hadn’t really heard written about in songs much before.

In “Go,” I’m talking about watching your kids grow up and leaving home. That can be a really difficult experience, but it’s also an entirely natural part of the process. You have to try and make your peace with this notion that that’s part of it; helping them grow up and leave and become independent adults. “Sister” is a song about female solidarity, in general. I specifically refer to how I feel, perhaps more and more as I get older, this bond with other women where we almost blend and become each other. I can feel myself as I get older becoming more and more like my mother, almost to the point where I feel like I am my mother [laughs]. I feel closer all the time to my actual sister. Especially, at this moment, I feel very close to theoretical sisters [laughs] as well.

You incorporated dance-oriented tracks on your solo albums Out of the Woods and Love and Its Opposite, but dance music is more dominant on Record, especially on the songs “Dancefloor,” “Queen,” “Babies,” “Guitar,” and “Sister.”

Very early on in the writing and thinking about this record, I knew I wanted to make a very positive, upbeat record. I knew I was going to be approaching some topics I wanted to talk about directly. There would be some anger and strong opinion expressed in some of the songs. I thought the best way to convey that, without it starting to get dragged down by the subject matter in some cases, was to just really link that with an upbeat record. I always like it when you get records that have a good dance-floor element to them but are also lyrically strong. I enjoy that combination. I’ve never thought that if you want people to listen to the lyrics that it has to be a singer/songwriter ballad. I’m combining those two elements.

I suspect that all of us take to our hearts the dance floor anthems that we hear at a certain age, when we’re going out. For me, those songs represent the kind of records that used to be played when I was at parties or discos when I was quite young. That means they have a strong resonance for you. I obviously love more recent records as well. But I probably love them in a different way. Things that I hear as an adult, I hear them in a different way. I suspect that people who are out there now hearing contemporary dance music for the first time, that’s going to have that same impact on them [laughs].

Was going dancing in gay clubs part of your youth?

I didn’t, really. I wasn’t that cool [laughs]. I grew up in a small village, outside of London. As a teenager, I used to go to discos nearby which were very unsophisticated [laughs]. That’s where I did my first dancing. But then I got into rock bands and punk music and started going to (live) gigs for a long time. I didn’t go to so many clubs then until later on.

“Dancefloor” also reminded me of your song “Oh, The Divorces” in the way that it incorporates references to infidelity – “we talk of our affairs” and “who’ll be the next to fall.” Is this something that has become a fact of life among your friends?

Yes. That song is written very much from the point of view of someone of a certain age. When I sent the recording to the producer Ewan (Pearson), I said, “You’ve got to think of this song as being about a kind of yearning for the dance floor. It’s not about someone who’s 19 years old, going out clubbing every weekend. It’s probably someone much older for whom the dance floor represents this golden age: freedom, liberation, and escape. That’s the feeling we wanted to get into the song. Almost romanticizing the dance floor. It means so much. Perhaps as you get older and you don’t go there as often, you express this yearning for it.

“Face” is also a musical examination of relationships. What kind of effect has social media had on the way you establish and maintain relationships?

Well, I feel very lucky. I haven’t had to conduct relationships in the era of social media. In that song I’m singing as an imagined character. What it would be like now to split up with someone and get them out of your life completely, but you can’t. Every time you go on Facebook or something, there they are. You see every detail of their life. In that song, I imagine this woman singing, it’s late at night, she’s had a few glasses of wine, looking and looking at this ex-partner’s photos. I thought it would be an interesting subject to write a song about.

I found the techno-folk tune “Smoke” to be one of your most overtly political statements.  Would you agree?

It’s me writing about London and how much I’ve always loved London. But I can see how much it’s changing in the same way that other cities are changing. I grew up just outside London. All of my ancestors before that had lived right in London. It was only my parents’ generation who moved out after the war. Growing up in the suburbs, I dreamed of getting back to living in London. As soon as I could, I moved back. To me, it represented a place of greater freedom and all the things you wanted a city to be. The political side of it is my worry that if it starts to squeeze out anyone who can’t afford to live there, then a city becomes less and less diverse and that kills its very life blood.

In addition to the years you spent collaborating with your husband Ben Watt in Everything But the Girl, you have continued to be an artist who collaborates with others, from guest artists on Record such as Corinne Bailey Rae (on “Sister”) and Shura (on “Air”), to John Grant, Jens Lekman, and Massive Attack. What do you think it is about you that makes you so good at playing well with others?

That’s interesting. I like it because I always think you come out sounding a bit different. It’s why often do agree to sing on other people’s records or ask other people to help me when I’m making a record. As soon as you bring someone else into the room or as soon as you put your voice on someone else’s record, something new happens. It’s not the same as you doing it on your own. It becomes unpredictable. You bring in an element that you’re not in complete control of. You’ve got another human being who’s going to bring some ideas and the way they sound to it. To me, that’s endlessly fascinating. You can come up with something completely different.

Finally, the aforementioned “Queen” is practically a gift to drag queens worldwide. Have you ever encountered a drag performer doing you in their act?

I feel like I have. I feel like someone has sent me something like that. A clip of someone doing one of my songs. But I can’t remember which song. It was a couple of years ago. I’d love it if “Queen” would become an anthem [laughs]. That’s fantastic!