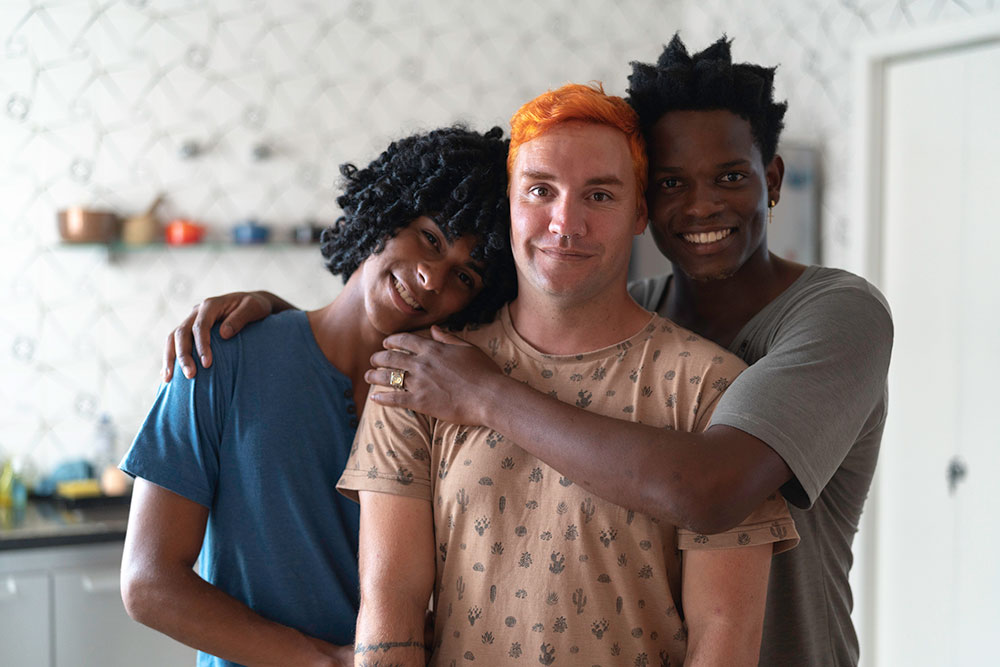 San Francisco, CA – A new report from the Gay Therapy Center reveals that 30 percent of gay men are in open relationships. The center surveyed 517 gay men in December on the variables of a successful relationship. Adam D. Blum, MFT, the founder and director of the Gay Therapy Center, says that research has also shown that about 50 percent of gay male couples are monogamous and about 50 percent have sex outside of the relationship, which likely comes from a 2010 survey of 556 gay male couples conducted by San Francisco State University. As a couples counselor working with gay men, he is often asked his opinion on monogamy and open LGBTQ relationships.

The research finds no difference in the level of happiness or stability among these groups, but Blum points out the importance of being honest. “Not sharing our life ­— sharing our good and bad feelings ­— is how we end up feeling alone in our relationships,” he says. The data showed that 42 percent of the respondents in open relationships disclose all or most of their sexual contacts while 33 percent have a “don’t ask, don’t tell” policy. “Even if both partners are in agreement about the guidelines of the open relationship, when the lie is discovered, it is often deeply painful for the couple,” says Blum.

The three most common guidelines respondents identified are: they only have sex with others outside of their home; they only have sex with others when their primary partner is also in the room; and, they only have sex with others when they have discussed the potential partner first. In “The Ethical Slut,” a book that Blum recommends for couples questioning monogamy, the authors point out that “many people find that their outside relationships can increase their intimacy with their primary partner by reducing the pressure on that relationship.” Blum says that “the core actions of a successful open relationship are identical to those of a successful monogamous [one]: shower your partner with attention and positive regard, offer lots of physical touch, share your more vulnerable feelings and listen well when he does the same.” (Q Notes Online – Chris Rudisill at https://goqnotes.com/68935/opening-up/)