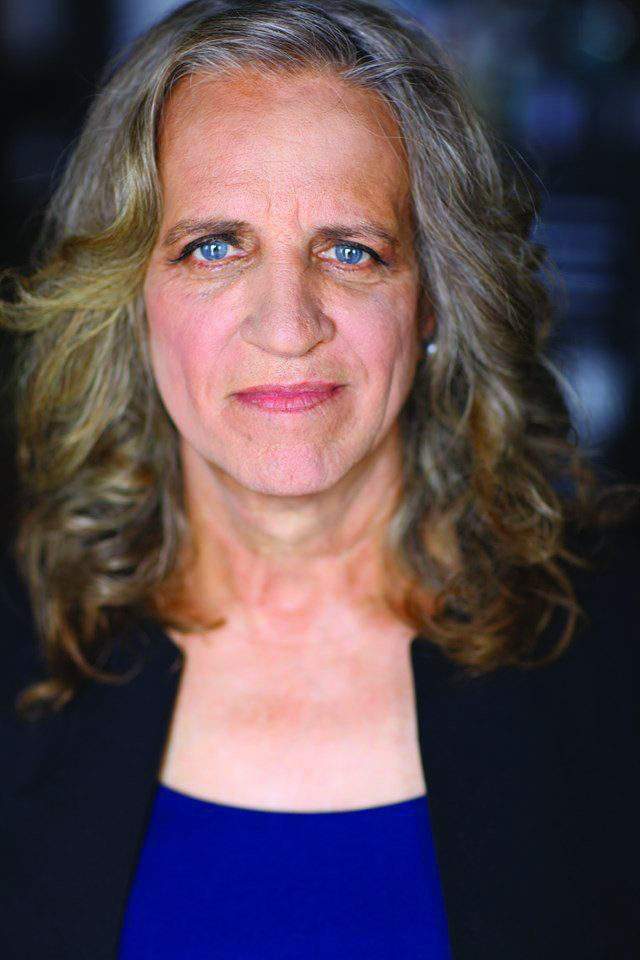 Janet Mock once said, “Self-definition and self-determination is about the many varied decisions that we make to compose and journey toward ourselves, about the audacity and strength to proclaim, create, and evolve into who we know ourselves to be.” For Baltimore OUTloud’s newest writer, Sophie Marie White, her inspirational journey is one that she hopes to share with readers from all walks of life in the pages of this paper. A welcomed, new addition to our OUTloud family, White recently sat down to discuss her journey, her mission and vision for the future, and advice for those who are still struggling with coming to terms with being transgender.

Letting the world know that she is trans is White’s latest chapter in a life and career that’s already been quite diverse. “I’ve experienced a lot of chapters over the years, many of which will hopefully give me the strength and courage I need on this new journey, in coming out as a transgender person,” she said.

Before transitioning, White had many different jobs. She had done everything from motorcycle racing to boxing promotion. She even worked as an EMS in downtown Atlanta for five years during college. After graduating, White taught at Life University in Marietta, Georgia, and started her own chiropractic practice in Roswell. Eventually she moved back to Louisiana and established her practice in the town she grew up in.

Sophie’s journey into filmmaking started when she invested in a new and local TV station. This eventually led to White doing camera work for a local TV station and that paved the way to gigs as director of photography and eventually a producer on a number of film projects. White began acting a little over a year ago. Since then she has been cast in several feature films, including Hummingbird and We All Think We Are Special. White was also cast in several TV series including “Tell Me Your Secrets” and a guest-starring role on “Chicago Med.” In her first year and a half of acting, White has been cast in three TV series, 14 movies, and one play. 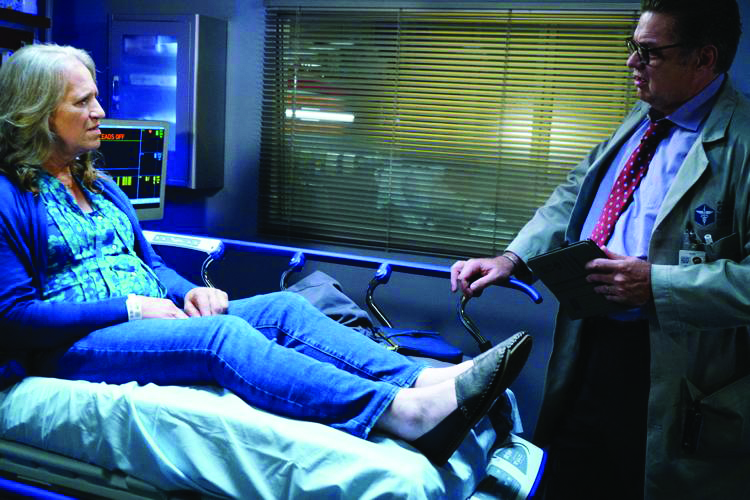 The decision to embrace who she really was, however, required a lot of inner strength for White. “For me,” explained White, “it took being pushed to the edge of suicide for me to finally say, ‘F-it!’ I thought that I would lose everything, and everybody, I had. If anyone knew my secret, I felt that my world would change for the worst. It was one of the most agonizing things I’ve ever done to be who I am, and everything bad I thought would happen didn’t occur. I haven’t lost any family. I’m still married. My patients in my chiropractic practice haven’t run away. It’s almost like, to a point, nothing negative happened.”

White added, “But it was a major thing to come out, and one of the hardest things I’ve ever done. I think we tell stories, sometimes, in our head of how things are going to go when we come out. Sometimes we’re right and sometimes we’re not. For example, I went to tell my little brother, and I thought that we would have this big fight. It took me a few times before I finally had the courage to tell him. I went, told him what I had to say, and quickly left. A couple of hours later, I was wondering to myself, ‘Why am I so aggravated?’ and I realized I was ready for a fight that never happened. It made me realize that everyone’s going to react differently, and everyone’s journey is different.”

“It was kind of eye-opening to me that it wasn’t as bad as I thought it was going to be. Don’t get me wrong – it had some challenges, but it was not as difficult as I feared. I know it’s different for everyone, but sometimes we tend to harp on the negative press and not the positive experiences. There are positive coming out stories out there. No transition is easy, but it’s easier than the world thinks of it being.”

White continued on to describe her mission and vision, as an artist, for the future. “I really see myself as somebody that can bridge. I’ve always been a chameleon all my life. I blend in with any social fabric. I think I can bridge the two worlds and help everyone understand everybody’s point of view. The truths usually lie somewhere in the middle. I think if we can make inroads on both sides, we can make the world a better place. I know it is kind of cheesy, but it’s also kind of true. My mission is that we need healing. In my opinion, the only way we are going to get a seat at the table is for people to see us, to know us and to understand us. And I think that’s something I can, at the very last, bring to the table.”

“I’m very good at conveying my thoughts.” White added. “Hopefully people can read my words or see me on TV and start to understand my story. If you get to know someone it’s as if you’re able to put yourself in somebody’s shoes and you start to understand them. That’s what the world needs now. There are so many of us that are hidden, but I believe that’s changing. The world was pretty horrible on us, but hopefully we can change that. There’s been a big shift, but I don’t think it’s happening as fast and big as we’d like.”

Looking to the future, White offered advice to those who are still struggling with their secret of being transgender. “In my opinion, coming to terms with it is the biggest thing. Then, once you come to terms, you must then take control of the narrative. What I mean by that is you need to want to tell your story. For me, I want to tell my story. I don’t want others to tell my story. When you come out, let people feel your anguish. Feel how you wrestled with things for years, or in my case decades. Going through those five stages of grief: denial, anger, bargaining, depression and ultimately getting to the point of acceptance. You come out for yourself, not someone else. Do it for you!”

We at Baltimore OUTloud are excited to welcome Sophie on board, and we look forward to her future columns for our readers!