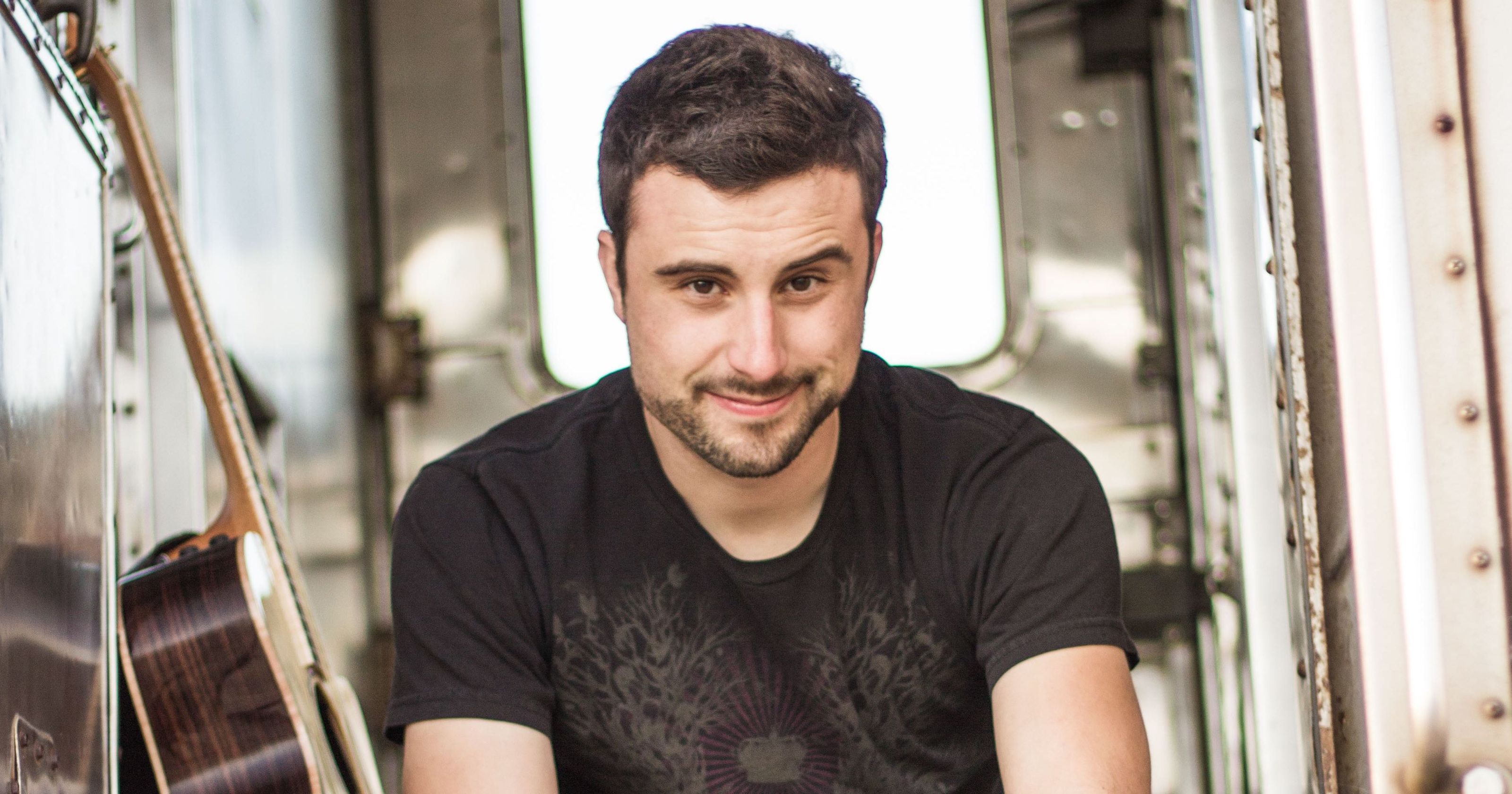 Queer singer/songwriter Bobby Jo Valentine is that rare out artist who isn’t shy about his faith. Raised in the church, Valentine has found a way to make those two sometimes conflicting aspects of his life work in harmony. For instance, the live performance schedule on his website (in July at the time of this interview) includes dates at both Pride festivals and churches. Talk about versatility! One thing’s for sure, chances are good that you will hear Valentine singing songs from his luminous new album Maybe Stars (BobbyJoValentine.com).

Bobby Jo Valentine: I got a guitar right before I left for college. The school was a very strict, conservative, religious place. I really wanted something that I could express myself with and explore my own thoughts and opinions and poetry. I wrote some while I was in college, but just off and on. It wasn’t until (I was) around 23 that I really started pursuing writing and making it a big piece of my life.

Wow, great question. Coming out as a gay man in the culture I was in was extremely difficult, but I’d met a wonderful man who really helped support me through it. We were together for over seven years. As far as my faith goes, I feel it’s a thing I’m constantly learning and discovering new things about, so it’s always hard for me to want to label it. I’d describe myself as a hopeful, Jesus-leaning, poetic mystic [laughs]. Jesus was about love, about peace, about fighting powers that used fear to control people, about healing. A lot of the people that use his name do the opposite of that now. The word “Christian” has so much baggage now, and it’s frustrating that the negative side always gets the headlines. The truth is, there are faith communities that love, support, and are excited to accept gay people in most towns around the country, but the unaccepting faith communities are what make the news. So, a lot of gay people cut spirituality out of their lives altogether in response, and that’s such a sad result. Our soul is a big piece of who we are. I hope we get permission to explore it and stop stigmatizing faith because of the bad examples. Instead, we should be pointing to people who are using their faith to create a more loving world, lifting them up; expanding what faith can be. I hope my songs’ universal themes and messages about love, acceptance, and hope can offer some examples of that.

As a creative artist, what do accolades such as winning Songwriter of the Year at West Coast Songwriter’s Association, in 2011 and 2015, as well as Song of the Year in 2017, mean to you?

I think they gave me a little extra strength to keep going in moments of self-doubt. They didn’t come with any huge cash prize, or exposure to a giant fan base, but what they did was help me realize that my music was connecting with people and was worth sharing. That’s important when you constantly find yourself swimming in a giant sea of music and musicians, wondering if what you say has any worth. It’s like a little extra hope you’re able to lean on in the harder times.

“Strong Enough” is one of the most universal and powerful songs on Maybe Stars, with a message that is especially meaningful during these increasingly difficult times. Please say something about the genesis of the song.

Thank you! Well, I grew up in a small school where anyone who was different was an easy target for bullying. And I was usually the different one. I liked reading, I was a bit more thoughtful and introverted, I wasn’t super interested in sports or the latest trends, and it wasn’t a big enough place where that could be seen as “cool” or “counterculture.” It was just made fun of. And while the physical pranks are things I can laugh at now, a lot of the words still stick with me, and took a lot longer to heal. That song is about internal wounds and how it’s a lot harder to break free from a negative idea you’ve been attacked with than for your body to heal a scratch or bruise. In the gay culture, many of us can act like everything bounces off us, and that attitude is usually a shield built up from past wounds. This song was just me being honest about the power words can have over us, but also about finding our “true name” once we know who we truly are, and our value in the world, then those words do lose some of their power.

“Bones” is another incredibly moving song from Maybe Stars. What can you tell me about it?

Oh man, that’s a song that still gets me and can be hard to sing. It’s just about our own tendency to self-sabotage our lives. When I look back on my life with some emotional honesty, I have to admit that a lot of my pain has been self-inflicted. This song is just admitting that to the world, and I’ve found, performing it, that once it’s out there, a lot of people identify with that, and then feel less alone. Sometimes a song is building community around shared experience. In this song, that experience is pain. But there’s a beauty in admitting that and that’s what the song is trying to express.

Lesbian singer/songwriter Margrit Eichler, of the band True Margrit, produced the song “Back to the Moon.” How did you come to work together?

Margrit was recommended to me by another fantastic artist, Kress Cole. We recorded that song in a day, I think. The guitar and vocal is from the very first take. The process was super smooth and Margrit is a joy to work with.

You are currently on a multi-city concert tour. What are the challenges and rewards of performing live and touring?

The biggest challenge I’d say is the travel. Being away from home really wears on you. The rewards are meeting new people and experiencing them connecting to your music, and also seeing familiar faces in the crowd smiling up at you and singing your songs back to you. The people are the best part. The planes, rental cars, and long drives are another story. You have to learn to stay centered and that’s no easy task when you’re in a different location every day.

How would you say that crowdfunding, via Patreon for instance, has worked for you when it comes to financing your recordings?

Fans have been the number one reason why I’ve been able to continue this creative work and do it professionally. The crowdfunding piece of it is such a benefit. With the help of Patreon and other crowdfunding resources, I’m able to spend less time on the business side of music and more time on the creative side. It’s incredibly valuable to me!

You shared a poem by the late, lesbian poet Mary Oliver on your Facebook page in 2018. Can you please say something about the role that contemporary poetry plays in your life?

I read it every morning and take it like vitamins. To me, poetry, like any good song, has the ability to come in through the side door of our hearts and minds and move us more powerfully than anything else can. Mary Oliver’s “The Journey”, in particular, is one of the poems that completely changed my life. I’d recommend everyone to read it, and poetry, in general, if they want a more open heart and a sweeter spirit.