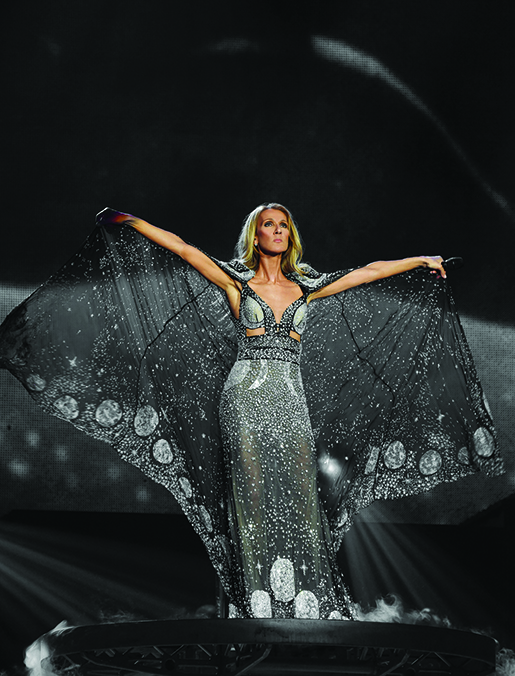 The immeasurable loss of Leonard Cohen, who died at 82 in 2016, is still being felt. There was only one Cohen and there doesn’t appear to be another on the horizon who can replace him. As hard as it was to take, fans resigned themselves that You Want It Darker, released shortly before his passing (eerily similar to David Bowie and Blackstar) would be his final album. That, however, is not the case. Thanks for the Dance (Columbia / Legacy), a project by Adam Cohen (musician son of Leonard), incorporates nine more of his father’s compositions, completed after his death with the aid of longtime collaborator Jennifer Warnes, as well as Beck, Leslie Feist, Daniel Lanois, and other musicians. Song such as the title cut, “Happens to the Heart,” “The Goal,” “Puppets,” and “Listen to the Hummingbird,” coalesce into a stunning coda if there ever was one.

In the Key of Joy (Concord), Sergio Mendes’ 39th(!) album, has been issued to coincide with the release of John Scheinfeld’s documentary fittingly named Sergio Mendes in the Key of Joy. If you haven’t listened to much Sergio Mendes since this Brazil ’66 heyday, the first thing you will notice is how much the music has changed. Gone are soft, seductive sambas of the 1960s (with vocals by Lani Hall), replaced by vibrant tunes as colorful as Carnival in Brazil. Although “Time Goes By” comes closest to recapturing that sound. Joined by a diverse array of artists including Common, Sheléa Frazier, Sugar Joans, and Cali y El Dandee, Mendes sounds like he’s having the time of his life.

Part of the original British Invasion of the early 1960s, for a while there the Dave Clark Five were giving the Beatles a run for their money. The DC5 even unseated the Fab Four from the top of the charts at one point more than 55 years ago. Rock and Roll Hall of Fame inductees The Dave Clark Five are celebrated on the new 16-track All the Hits (BMG) album. Known for selling more than 100 million records, the quintet’s biggest hits, including original compositions “Glad All Over,” “Bits and Pieces,” “Because,” and the aptly titled “Catch Us If You Can,” as well as covers such as “I Like It Like That” and “Do You Love Me?” have been collected in one place for your listening pleasure. Three of the original members are deceased, but Clark is still going strong and with words of praise from Bruce Springsteen, Ozzy Osbourne, and Tom Hanks, among others, in the expansive liner notes, he should feel, well, glad all over.

Like the DC5, The Who were part of the first wave of British Invasion acts of the 1960s. Also, like DC5, The Who is down to two original members, Pete Townshend and Roger Daltrey. Returning after a 13 years studio recording hiatus, with Who (Polydor / Interscope), the pair balances the political (“Ball and Chain,” “Rockin’ in Rage”) and the personal (“I’ll Be Back,” “I Don’t Want To Get Wise,” “All This Music Must Fade”) over the course of 11 songs. We’re a long way from Who’s Next and Quadrophenia, but The Who can still rock in their own way.

Did you know that Emmy Award-winning actress Christina Applegate is the daughter of Nancy Priddy, a singer and actress who once had a romantic relationship with Stephen Stills? You learned something. You’re welcome. Priddy can also be heard singing on Leonard Cohen’s first album (you’ve learned something else and we’ve come full circle). You’ve Come this Way Before (Modern Harmonic / Geffen / Dot), Priddy’s only album has been reissued on vinyl and is destined to find its way onto the shelf of every hipster on the way. Described as “dreamy psych baroque folk,” it’s totally 1968 (think Goldie Hawn dancing on Laugh-In in a bikini with a daisy painted on her cheek) and is both a novelty and novel achievement.

Here’s another fun fact. Before Martha Wash hit it big as one of the Weather Girls of “It’s Raining Men” fame, she was a back-up singer for legendary drag disco superstar Sylvester. You can hear her singing on “Dance (Disco Heat).” That’s right! While none of the eight songs on Wash’s new album Love & Conflict (Purple Rose) are disco, you can still dance to “Rise and Shine,” “Don’t Forget My Name,” “Glamour Flows,” and “Never Enough Money.” More in the vein of retro soul and rock, Wash can still belt them out with the best of them.

Juliana Hatfield is barely an elder, although she is certainly an elder to some. While in college in the mid-1980s, Hatfield co-founded the band Blake Babies (along with Freda Love Smith and John Strohm) and later joined The Lemonheads (alongside Evan Dando). Following an early 1990s solo album, Hatfield achieved her greatest commercial success with her band The Juliana Hatfield Three (remember the songs “My Sister” and “Spin the Bottle”?). A solo act for more than 20 years, Hatfield has gotten into the habit of respecting her musical elders with releases such as Juliana Hatfield sings Olivia Newon-John and most recently Juliana Hatfield Sings the Police (American Laundromat). Hatfield honors the material (originally performed by Sting, Stewart Copeland and Andy Summers) while also making it her own, singing “Hungry for You (J’aurais Toujours Faim de Toi),” entirely in French, for instance. Other standouts include the electro-punk of “Next To You,” the layered vocals of “Every Breath You Take,” the jangly “De Do Do Do, De Da Da Da,” and the slam dance of “Landlord,” “Murder By Numbers,” and “It’s Alright For You.”

You might not believe this (I didn’t), but Céline Dion is actually almost a year younger than Juliana Hatfield. Not being ageist or anything, just stating a fact. Courage (Columbia), Dion’s first English language studio album since 2013, gets off to a near perfect start with the soaring dance-floor workout “Flying on My Own.” While nothing else matches those beats, rhythmic numbers such as “Baby” (co-written by Sia), “Look at Us Now,” the retro “How Did You Get Here” and “Imperfections” add some variety. Still the reigning queen of the power ballad, and “Change My Mind” and the title track rank among her most courageous. 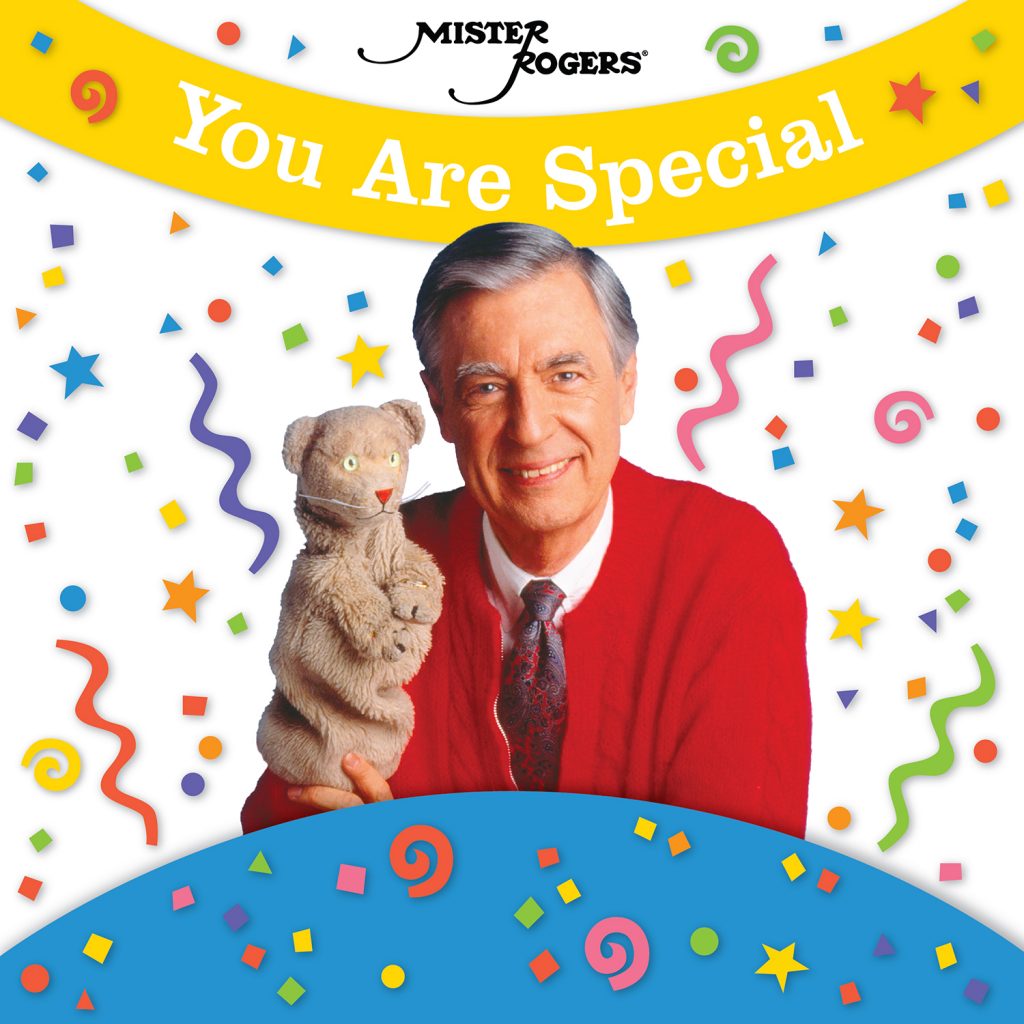 Last, but not least, more than 15 years since he died, Mister Rogers is more relevant and popular than ever. First, there was the acclaimed (although Oscar-snubbed) 2018 doc Won’t You Be My Neighbor? and then came the 2019 Oscar-nominated movie A Beautiful Day in the Neighborhood. Chances are good that of the series of newly released themed Mister Rogers albums, You Are Special! (Omnivore), featuring songs such as the title number, “Everybody’s Fancy,” “The Truth Will Make Me Free,” “Some Things I Don’t Understand,” “Pretending,” “It’s Such a Good Feeling,” “Did You Know,” and “It’s You I Like,” may resonate the most with LGBTQ listeners.