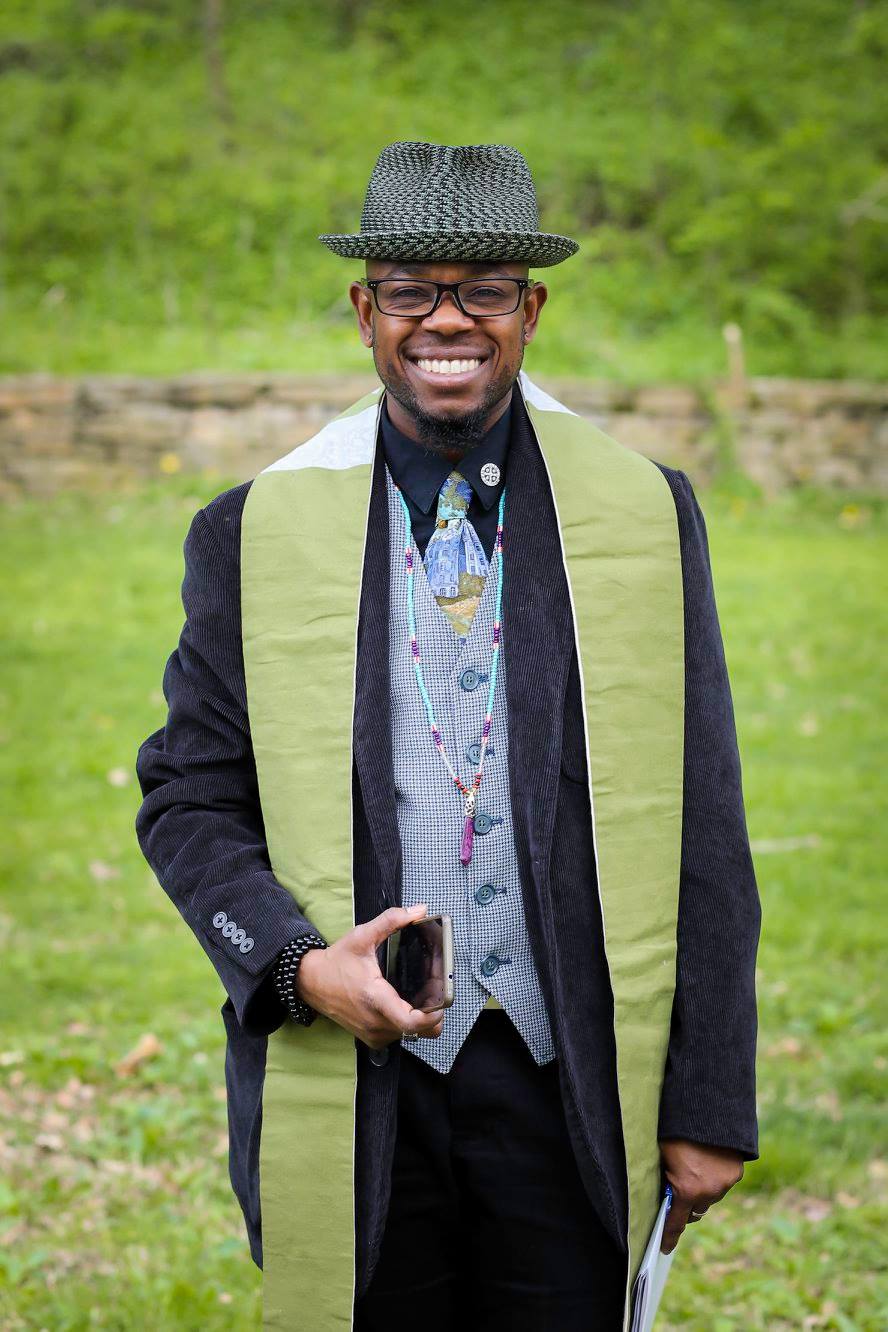 A profile of Merrick Moses, part 2 “First and foremost, the foundation of my life is my vocation. I’m very clear that I was born to be the priest that I am – it centers me, and I often have to go back to that. As a priest/activist: how do I cultivate my humanity and help others do the same? That anchors me.” – Rev. Merrick Moses

Last week, the Baltimore City Board of Estimates made history when they lifted the health-insurance exclusion 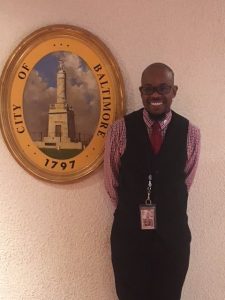 which had denied coverage for gender confirmation surgery for city employees. And it was Rev. Merrick Moses leading the way with his claim– he’s a victim’s advocate for the State’s Attorney Office. As celebrations were under way Merrick was focused, as always, on the bigger picture, knowing that the case extends way beyond himself: “It is huge,” he says, “It opens up a whole talent pool, because if people know that they’re covered, then you have access to their talent …”

It is vintage Merrick to be determined to bring his community up with him, to be an example for others. This had been his way ever since he returned to Baltimore from New York in 2001. At that point he was following a romance. The relationship didn’t work out, but Baltimore did – providing the ever-expanding space “for me to be myself.” He went through a progression of jobs strengthening his portfolio as an environmental and community advocate, and he was also ordained as a Reverend in 2004 in a Catholic order, although he is also self-trained as a Buddhist practitioner. When the LGBTQ community came together in the wake of a number of murders of transwomen and formed an Advisory Council to reach out to city officials he was there, and he was the natural pick for State’s Attorney Marilyn Mosby to hire as Victim’s Advocate early in her first term. Merrick spends his days helping victims of crime navigate the court system, providing emotional triage and testimony preparation, and also acting as the LGBTQ liaison to help other attorneys navigate when one of our community is a victim of violence. In the job, he credits his Buddhist tools of compassion and authenticity with helping him to sit with people who have undergone traumatic experiences.

While advancing professionally, Merrick had always struggled to navigate his identity, eventually identifying himself as gender-nonconforming in his 30s. To steady himself he used meditation and his contemplative religious practice to cultivate a relationship with God, and the divinity within. In 2011, a friend studying to be a social worker asked him to take part in a project, voicing out loud that he thought Merrick was transgender. His initial reaction was fierce and dramatic: “I cussed him from stem to stern!” After contemplation, however, he decided to go to gender-based therapy, and in 2014 he started at Chase Brexton – intending to give it try for three months and stop at any time if he didn’t like it. Instead it totally changed his life and led to his transition: “I had just turned 40, but I felt like I was 18 again. I felt like I had a second chance on life, that I had prolonged my life. There was point in my vision. I didn’t see myself as an older woman, I just couldn’t see it and I didn’t know why. When I transitioned I began to really live the life that I wanted to live the whole time. It was an amazing constant evolution. What I realize through my spiritual practice I had made the commitment to myself to not just find my true self but to live the most authentic life I could. The universe answered my prayers. So much that I had asked for came to pass.”

Merrick credits his growth, development, and successful transition in large part to the circle of mentors, in faith and in work, with which he surrounds himself. They have helped him discover how to navigate the different spaces in life, how to realize that he doesn’t have all the answers, and it’s okay to ask questions. “Because I come from a place where you ask the wrong question you could be dead, on the streets it’s a weakness – and in my Roman Catholic training you don’t ask – you just believe what they tell you.”

Merrick recently became the new president of the GLCCB board, a role he takes very seriously, as it is the place where he first found community. His goal is to strengthen the GLCCB to be a center for all of Maryland, a place to which people can come and get strength and hope for their journey moving forward. “I’m very convinced that this is a place where people’s lives have been saved, because it has saved mine. It’s a place of great challenge but great hope as well. We’re in the midst of reorganization and positioning ourselves to be people-centered for the power and uplifting of our community.” The third oldest in the country, Merrick is proud that 40 years ago Maryland showed one and all there could be such a community center south of the Mason-Dixon line.

This June saw another successful Pride, but Merrick believes the community is still divided in important ways, and needs healing and unity in the face of larger threats. He sighs, “We have youth versus elders, transphobia in our community, we sometimes use slurs to refer to each other, we have to stop that. What I keep saying is we don’t have time for this right now, because there are people in Washington, DC, who want us dead.”

“Yes,” he continues, “Every letter in our alphabet soup of identity needs to be self-determined and there’s space for everybody – but at some point as these letters we do need to come together on some things.” He is concerned that our youth do not understand that for some people on the outside we are all the same – merely a target of hate. He dreams of finding tangible ways to refocus community unity, and that one way to achieve this is sharing our lived history with each other:

“Our young people need to see that there was an urgency there [during the AIDS crisis] – you didn’t know who was going to drop dead at any moment, so you had to be fabulous at any moment. I also didn’t realize that our community is still in mourning from that lost generation of leadership, it’s a tragedy, a whole generation of leaders. I want our elders to share their war stories, their hurts, and their joys so our young folk have a sense of their own history and the level of perseverance that it takes to live a queer and trans life. What it was like when you had to get hormones on the black market, there were no doctors who would see you. We had childhood traumas around our sexual orientation, our gender identity, and for many of us we just wanted to be regular like everyone else, but were never going to be that and that is really okay, because it is to our beat that the world turns when we look at music, fashion, and culture. Had we not been the sore thumbs or the bullied kids we would never had delved into the creativity innate in our being to create what we have created. So turning that trauma into triumph, turning that poison into medicine, is what we do naturally.”

For Merrick Moses, both the struggle and the triumph continue – each and every day.