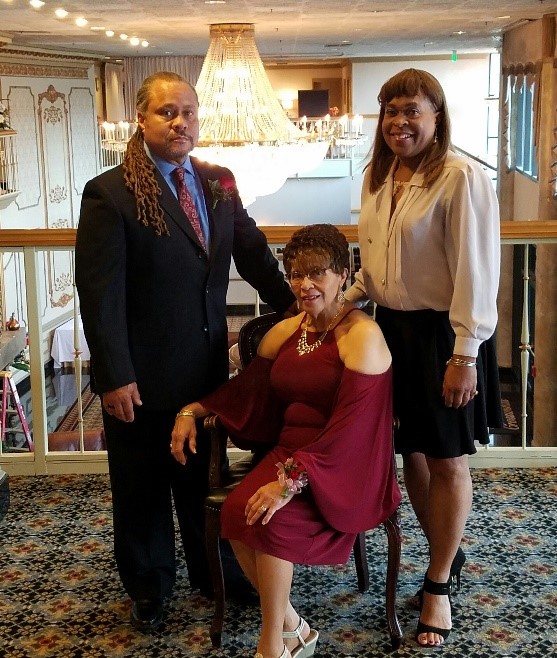 It started two weeks before “D Day”, when I told my family I was going to transition on October 1, 2010, as a woman. I had no idea the response I was going to get from them, with their full support. I told my mother that my name would be Karen. Something she never told me before, that when she was pregnant with me if I were a girl, she would have name me Karen. She never told me that and I totally lost it with tears. What was good my family was accepting me for who I was deep inside. Within the two weeks my mom told my aunts, uncles, and cousins that I would be transitioning full time as a woman. What really surprised me is that all of them understood it was a lifesaving moment, except for a couple of uncles. I really did not understand how much it bothered me losing my favorite uncles.

Leading up to my first day as a woman, my mother studied and learned what my transition was all about. She read every information I gave her, getting a bird’s eye view what my life would be all about in the future. I even gave her a book to read and that I would give her another one afterwards. When she finished the first book, she loaned it to a neighbor friend. I asked her why she loan it out because I had not read it yet. Her response was, “I thought you had read it already because everything you are doing was inside the book”.

When ever my brother would come over for a visit and he heard my mother use the wrong gender, he would nicely slap her hand as a reminder to call me with the correct gender. Later I had to go easy on my mom because of her age, which was hard for me to understand. My dad and sister were good at supporting me in every way. Now my mom has not only been supportive of me, but she has been immensely proud of me going to a lot of my talking events, like my TEDx Talk in Ashbury Park and awards. Telling me how much she loves me, sending me birthday and holiday cards that say, my daughter on them. My brother would call me and hang out with me when he comes to visit. When we talked on the phone, he would tell me afterwards, saying, “I love you” each time. He also gives me cards that say to my sister on them. My sister is such a wonderful sweetheart towards me and the love between us is great. Sometimes we would hang out at home, going shopping, or going to get something to eat. With my dad, he calls me often to see how things are going with me and what I have been up too. Due to his age I go up to see him when I can, but he understands how busy I have become. No matter how busy I am when we talk on the phone, he always tells me, “I love you”. His cards to me also have to my daughter on them.

All my cousin loves me to death for who I am and the things I do to help the transgender community. We hang out, go with me to dinner, clubs, movies, picnics, and a lot more. Their support and love have been awesome and so real. All my aunts love me and accept me for who I am, except for one due to how her husband, my uncle, being Transgender. My uncle has written me off, not speaking to me and talking to my cousins to turn their backs on me, which none of them have. My mother and cousins do know how I feel about my uncle now, even after I try to build the bridge between him and I. For what he has done to me trying to turn my cousins against me, that bridge now has been burned. My family is awesome.

You can find me at kkholmes@kkholmes.com or visit my personal website at http://www.KKHolmes.com  In my next article I’ll talk about “My Keystone Experience”. Until then Shoot for the Moon and even if You Miss, You’ll Be Among the STARS!