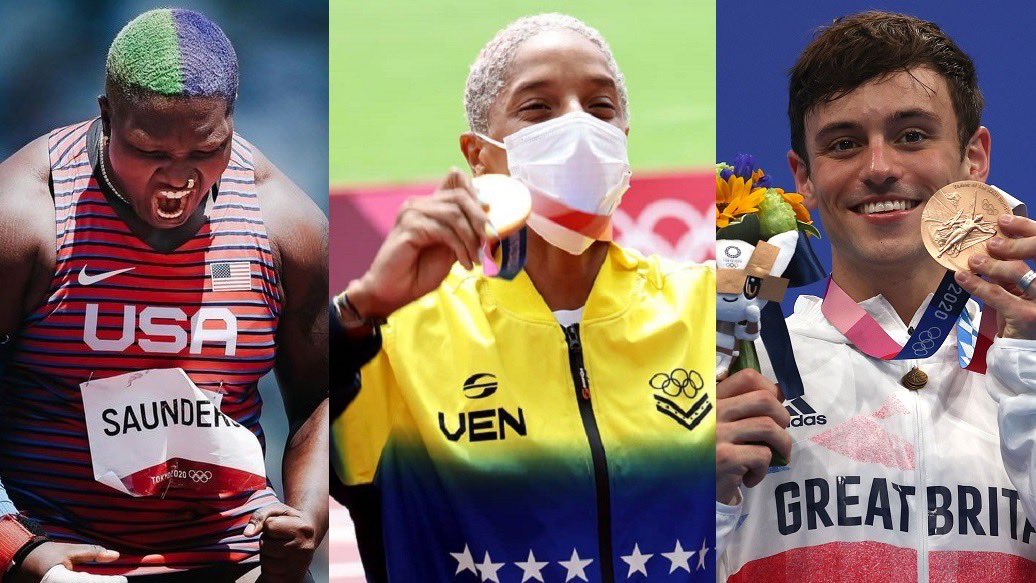 Tokyo, Japan – It was an historic Olympics. And despite the ongoing threat of the coronavirus, the Tokyo games — postponed from 2020 — were an overwhelming success, particularly for women and LGBTQ athletes. Women won 66 of 113 medals won by Team USA, a record for women at any Olympic games. And nearly 200 LGBTQ athletes — more than three times the number that competed in 2016 and including the first out trans and out non-binary athletes — competed in 35 different sports. The majority of out participants came from the U.S. and overall, lesbians outnumbered gay men nearly 10 to 1, prompting questions of where the out gay male athletes were. OutSports.com compiled a detailed list of the LGBTQ athletes and reported that throughout the games more athletes contacted them to inform the publication that they, too, were out.

LGBTQ athletes also won big at the games. With 32 team and individual medals — 11 gold, 12 silver and nine bronze — 55 LGBTQ athletes won. Among the U.S. winners were Megan Rapinoe, Sue Bird, Diana Taurasi, Brittney Griner, Breanna Stewart, Chelsea Gray and Raven Saunders. U.K. diver Tom Daley, who has been competing since he was 14, won gold and was later seen in the stands knitting a cozy for his medal as he watched the games. Trans Canadian women’s soccer star Quinn is the first trans and non-binary athlete to win a medal at any Olympics in history.

Daley spoke at length after his win about how meaningful the moment was for him. “I feel incredibly proud to say that I am a gay man and also an Olympic champion,” he said. “And I feel very empowered by that because when I was younger, I thought I was never going to be anything, or achieve anything, because of who I was, and to be an Olympic champion now just shows that you can achieve anything.” Daley said when he first came out in 2013, he had “always felt like the one that was alone and different and didn’t fit in. There was something about me that was always never going to be as good as what society wanted me to be.” Daley added, “I hope that any young LGBT person out there can see that no matter how alone you feel right now, you are not alone. That you can achieve anything and that there is a whole lot of your chosen family out here, ready to support you.” Quinn was quoted as wanting to “trailblaze as a trans athlete. I want to use my platform. One of the reasons I came out was to use my platform and I’m hoping with my voice I can help uplift other trans voices in our community.” (Philadelphia Gay News – Victoria A. Brownworth at https://epgn.com/2021/08/11/lgbtq-athletes-win-record-medal-haul-at-tokyo-olympics/)