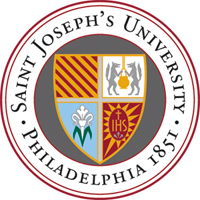 Philadelphia, PA – Noel Koenke, a former employee at St. Joseph’s University, has settled her antibias case against the university. Koenke worked at SJU for about seven years. But “hateful” pressure from supervisors to stay in the closet ruined her career, caused her to attempt suicide and resulted in the dissolution of her same-sex marriage. She resigned her position in November 2017, according to court papers. The settlement was announced by the court on May 27, but its terms were private. “I can confirm that the case has been resolved,” said a university spokeswoman in an email. Attorneys for Koenke declined to comment for this update.

Koenke worked as an assistant director of music and worship at SJU and was beloved by many students. She filed suit in October 2019, claiming the university violated Title IX, which prohibits sex discrimination in educational programs receiving federal funds. Koenke maintained the university had no legal right to harass her. She requested in excess of $150,000 in damages and a court order that the university initiate LGBT sensitivity training for its employees, according to court papers. In December 2019, officials at St. Joe’s filed a 44-page brief, urging U.S. District Judge Nitza I. Quinones Alejandro to dismiss Koenke’s case as meritless. In its brief, SJU admitted it urged Koenke to be discreet about her marriage but maintained it had a legal right to do so. In January 2021, Alejandro granted SJU’s request to dismiss Koenke’s lawsuit, noting that the school’s employment matters with its “ministers” were exempt from antibias laws. The judge also referred to Koenke as a “homosexual woman,” which is terminology that’s discouraged by LGBT advocates.

In February, Koenke filed an appeal at the Third Circuit Court of Appeals. LGBT advocates expressed hope that a favorable appellate ruling would provide important employment protections for LGBT workers within the Third Circuit, which covers Pennsylvania, New Jersey, Delaware, and the Virgin Islands. Koenke’s attorneys wanted the Third Circuit to rule on whether the “ministerial exception to the First Amendment to the U.S. Constitution categorically bars all of Ms. Koenke’s employment-discrimination claims against the University, including her [hostile work environment claim],” according to appellate papers. In a previous statement, a university spokesperson denied that Koenke was mistreated by the university. “Saint Joseph’s University did not discriminate against Noel Koenke,” the spokesperson said, in an email. “Quite the contrary, we treated her with dignity and respect, which is consistent with our mission and ethos. Saint Joseph’s is a mission-driven university committed to offering an inclusive environment for all students and employees, including members of the LGBTQ community.” (Philadelphia Gay News – Tim Cwiek at https://epgn.com/2021/06/01/lesbian-settles-antibias-case-against-st-joes-university/)