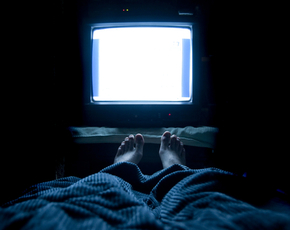 Every night is the same in my life. After we put the pup to bed in his crate for the night, we head upstairs for our own nightly unwind before bed. Usually, since I work until 11, we are also scarfing down our dinner as we slowly transition. Part of our ritual is vehemently searching for something to watch. Currently, we are caught up on most everything we watch and until our summer shows begin again, we are usually watching “Judge Judy” videos on Youtube while my wife suggests literally anything else. Usually she suggests movies, which is a quagmire, since we both have opposite tastes and she is not a fan of watching anything more than once.

Somehow in the 11 years we have been together we have not gone through the volumes that are “movies that made Asher.” The 2003 indie-flick Camp, about a group of awkward and talented youths who spend a summer at a musical theatre camp, is a core staple on the list. Apart from featuring a talented baby-faced Anna Kendrick and a wonderful rendition of “Turkey Lurkey,” what attracted a 15-year-old me to the film was the sheer number of queer characters. The lone straight male at camp being the centrepiece of the plot, Camp was the first movie that showed me people my age exploring and embracing who they were. I knew I was something. I knew I was into boys and girls and I knew that I did not fit the mold of being a teenage girl, or even a teenage lesbian as I was starting to feel myself boxed into that category.

Camp gave me something that until that time had been absent, adolescent me seeing people who did not fit the molds that they were cast thriving. I had spent most of my life between masculinity and femininity, and while one called to me and the other felt more real to me, the truth is I am somewhere in between – we all are. Re-watching Camp this past week was an interesting experience. The opening scene, where one of the leads is being brutally attacked for going to his prom in drag, is just as painful to watch as an adult transman as it was as the tangled-in-the-closet teen I used to be. However, the finale of that scene, as well as the final musical number in the entire of the movie are even more uplifting to me now. It is not just a message of hope for me, at this juncture it is also a message of endearing relationships and the real change that has happened for my community within my own lifetime. If for nothing else, nostalgia with my humble queer beginnings has served as well-needed re-charges on why I put myself so visibly on display for the betterment of those who have yet to come.

Fifteen-year-old me never dreamed of a world where I would fit in, or be loved. Before Camp, we had caught up on the premiere of Pose, and a scene between Pray Tell and Blanca, about Vogue and how appropriation of queer culture into the mainstream was as old as this country itself stayed with me. Fifteen-year-old me was wrong, about a lot of things, but most wonderfully about things never changing. I knew who I was before I knew the words to articulate it to others, yet I also never saw a world existing that would let me be him. And here I stand, every inch of me a conflicting and yet complementary enigma of masculine and feminine traits and interests. If Camp gave me something more lasting than the image of Ms. Kendrick shattering a martini glass with her bare hand, it is that I learned there was a world where we all could be ourselves, and that I had the perseverance to make sure I etched out my piece of it.