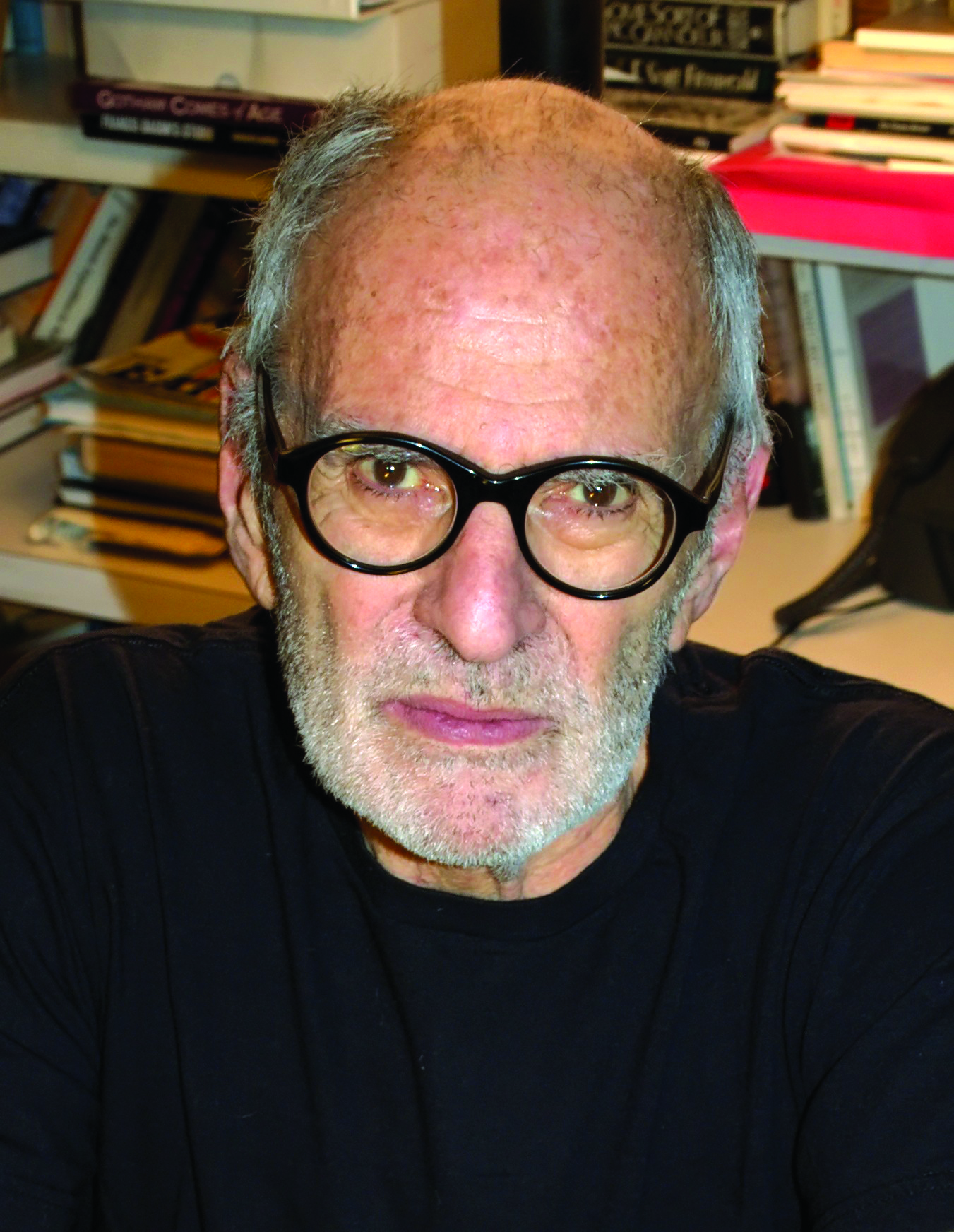 Larry Kramer, whose take-no-prisoners rhetoric defined the early period of AIDS activism, died May 27th. He was 84. According to Kramer’s husband, David Webster, he died from pneumonia. Kramer had contended with health problems for much of his adult life, including HIV, liver disease, and a successful liver transplant.

“Larry helped keep us focused,” Rob Folan-Johnson of ACT UP told Baltimore OUTloud. “His anger was infectious and damned useful. If he hadn’t been at that meeting at rhe Gay and Lesbian Center that night to declare that an organized political force was needed to fight for our lives and against the virus many of your readers might not be alive to read this.”

Kramer was raised outside Washington, DC, his father a lawyer who’d graduated from Yale and his mother who worked for the Red Cross. Kramer credited his older brother with helping save his life after he attempted suicide when he was himself a Yale freshman, distraught in part over his sexuality. Kramer moved to New York City in 1958 and worked for an advertising agency before breaking into screenwriting.

Kramer’s breakthrough came with a screen adaptation of D.H. Lawrence’s Women in Love, for which he had obtained the film rights with $4,200 of his own money.

He penned screenplay for the 1973 Hollywood movie Lost Horizon, which, despite inclusion in The 50 Worst Films of All Time made him rich.

Kramer eventually turned to gay themes with his first novel, Faggots. A scathing – some said “self-loathing” – look at promiscuous sex, drug use, and sadomasochism among gay men, it was a lightning rod from the day of its publication in 1978. A 1979 New York Times review (together with Andrew Holleran’s Dancer From the Dance) said that Kramer’s novel “flits over the same New York terrain as Mr. Holleran’s book but without an iota of his ability. … In Faggots, the love that dare not speak its name is hoarse from shouting.”

Becoming famous as a scold, or perhaps an Old Testament Jeremiah, Kramer castigated and condemned his fellows for leading dissolute, sex-, drug-, and pleasure-driven lives – but the portrayal seemed to gain retrospective justification when the epidemic struck.

In the early 1980s, Kramer was one of the first activists to foresee that HIV/AIDS, what was then thought to be a rare form of cancer affecting gay men, would spread worldwide and kill millions of people without regard to sexual orientation.

He founded the Gay Men’s Health Crisis in 1981. It was the first service organization for HIV-positive people. His fellow directors kicked him out a year later for his aggressive rhetoric. Never one to accept a rebuke, he characterized them as “a sad organization of sissies.” Kramer then founded ACT UP (AIDS Coalition to Unleash Power) in 1987, a direct-action group demanding a speedup in AIDS research and an end to discrimination against gay men and lesbians. ACT UP targeted government offices, Wall Street, and the Catholic church. Kramer pulled no punches in his criticism of officials and routinely accused officials of “murder” and “genocide” for failing to move quickly enough to tackle the HIV epidemic. But the infectious-disease expert Dr. Anthony S. Fauci, said of Kramer, “Once you got past the rhetoric, you found that Larry Kramer made a lot of sense, and that he had a heart of gold.” Fauci later helped Kramer get a liver transplant and access to experimental drugs that saved his life.

“Even people he excoriated say he helped save tens of thousands of lives,” John Leland wrote in a New York Times profile in 2017. “He has had his moments. When it comes to alienating people, Mr. Kramer’s closest friend once told the New Yorker, ‘Larry is a virtuoso with no peer.’”

In 1985, Kramer published his autobiographical play, The Normal Heart, depicting his antagonistic relationship with his father and his mutually ambivalent relationship with his protective older brother. An HBO adaptation, written by Mr. Kramer, won the 2014 Emmy for outstanding television movie. While he recovered from his 2001 liver transplant, Kramer began work on a new project, a massive historical novel called The American People, by which he meant the gay American people. A central argument of the work was that many of the country’s historically important figures, including George Washington and Abraham Lincoln, had had homosexual relationships. t – Adapted from Mike Andrew’s obituary for Larry Kramer in the Seattle Gay News: Sgn.org/sgnnews48_22/page1.cfm