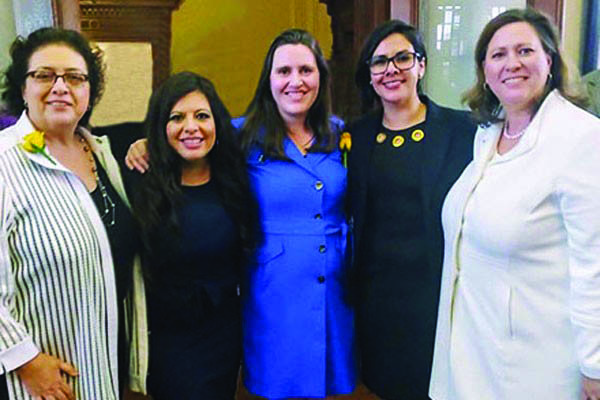 Austin – More than a dozen out lesbian, gay, bisexual and transgender candidates from both the Democratic and Republican parties have filed to be on the ballot in Texas for the March primaries for state and federal offices. While neither the state parties nor the Texas Secretary of State formally track the sexual orientation or gender identity of candidates, it appears that at least 13 Democrats and one Republican who openly identify as LGBT have filed to run for office.

In the Texas House, the five incumbent state representatives who formed the new LGBTQ Caucus are all running for re-election. Of the five, only freshman Rep. Erin Zwiener (D-Driftwood), who became the first openly bisexual member of the Texas legislature when she was elected in 2018, faces a primary challenger – bookkeeper Liliana Posada.

The roster of LGBT candidates includes Dallas’s Shawn Terry (who is gay), Houston’s Jennifer Rene Pool (who is transgender), Katy’s Elizabeth Markowitz (who is lesbian), Eric Holguin of Corpus Christi (who is gay), and Ann Johnson of Houston (who is bisexual). The sole out gay Republican running this cycle is also making a bid for office again. Mauro, who owns the gay nightclub Pegasus in San Antonio, would become the first gay Hispanic Jewish Republican. He is running in the primary to take on Congressman Joaquin Castro, who represents a solidly Democratic district.

While Republicans are on the defense this cycle, the 12 Democrats who flipped Republican seats in 2018 are top Republican targets. t (Dallas Voice – James Russell at Dallasvoice.com/and-the-race-is-on)