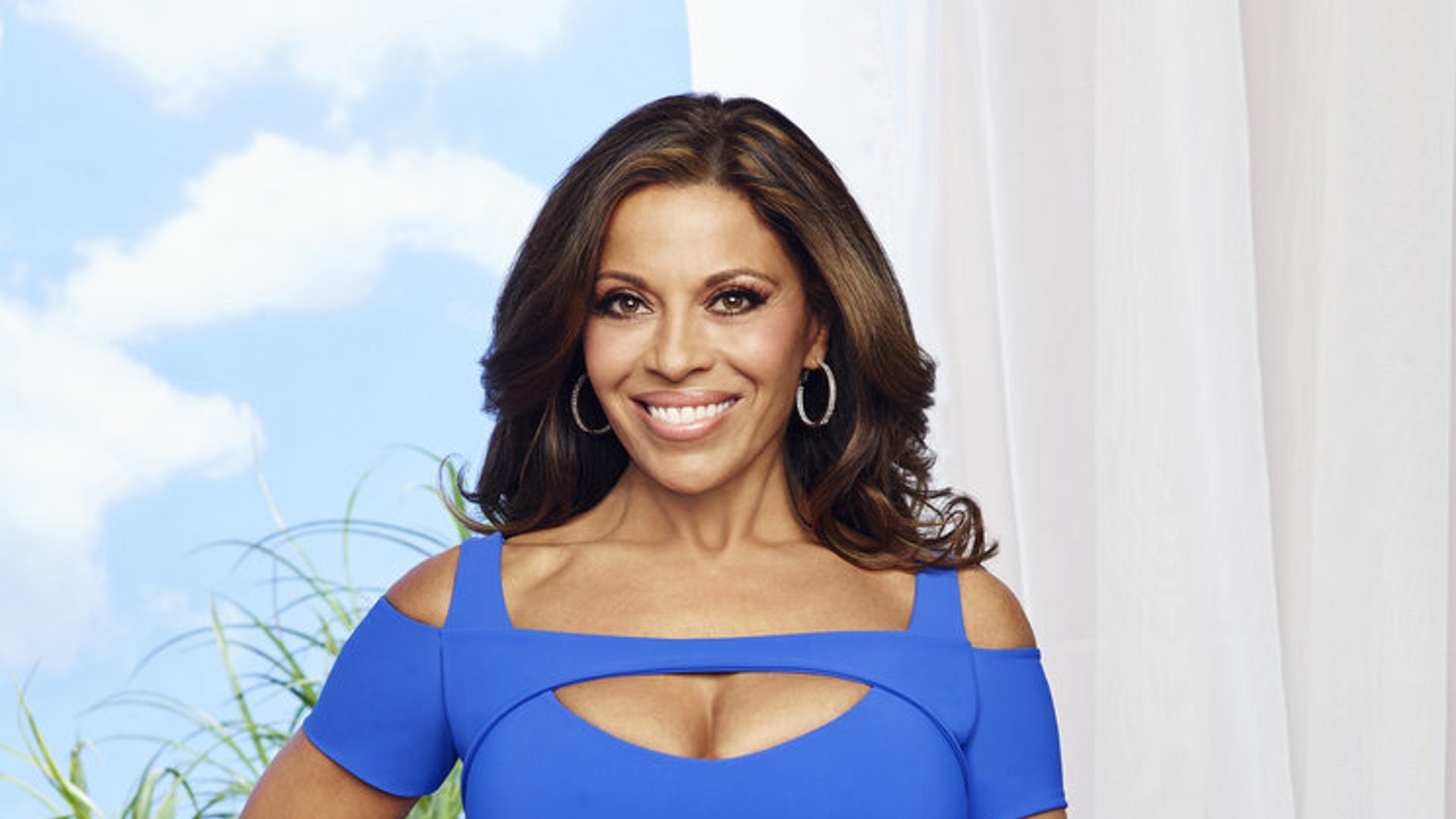 Mother Teresa once said, “It’s not about how much you do, but how much love you put into what you do that counts. Life isn’t worth living, unless it’s lived for other people.” Amidst the dramatic twists and turns facing the cast members in the upcoming tenth season of “The Real Housewives of New Jersey,” there is a beacon of light that shines bright. That gleaming, glittering light is the heart of gold that resides inside of housewife Dolores Catania. Speaking exclusively to Baltimore OUTloud, Catania recently chatted about the upcoming season, her spectacular new look, her philanthropy, and finally finding happiness. Through it all, Catania always keeps it real!

Frankie Kujawa: Dolores, you look fantastic! How do you feel? What’s your secret?

Dolores Catania: I’m going to start from the inside, Frankie, because you and I keep it real. My secret is I am very happy. I have finally found my footing. People don’t realize it was hard for me when my kids left for college. I was heavy and my heart was broken. Everything is kind of settling in with my life right now. I’m very light, happy and successful. So, I was able to go on a diet and stick to it because I wasn’t so out of my mind. You, first, have to have inner happiness. So, that’s what’s been going on. I went on the HCG diet through from Elite Health Center in New Jersey. They are wonderful people. At first, I wasn’t that interested in doing the diet, and I thought, “Well, let me give it a shot.” I wound up losing 25 pounds! So, I’m feeling good, right now! 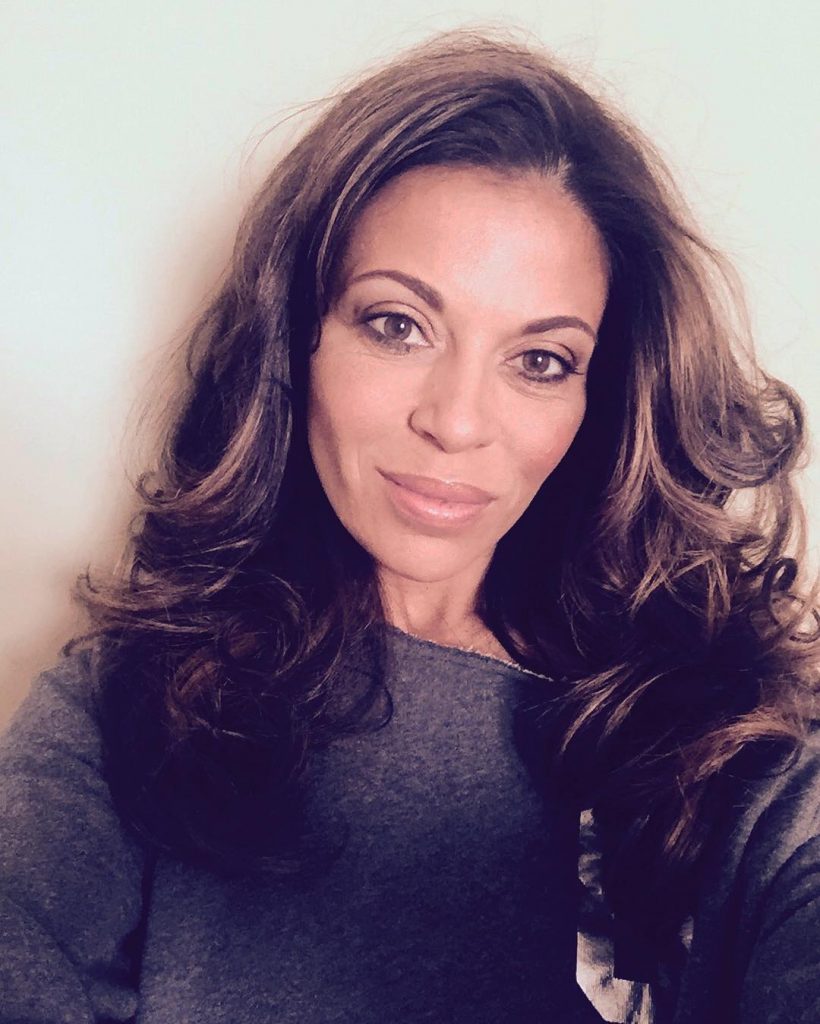 What can you tell us about this upcoming tenth season of “Real Housewives of New Jersey”?

All of us, every single one of us, is going through our own life’s turmoil. This is going to be very relatable; as I think “Real Housewives of New Jersey” always is to everyone. So, we all have different things going on. We’re reaching ages where we’re starting to give a lot more thought to what we’ve been through in our lives. I feel like it’s hitting us now. We have to face all these things that we’ve gone through. Whether it’s, you know, my midlife, empty nest crisis. Or going through tragic things, like what’s going on in Teresa [Giudice]’s life. Melissa [Gorga] is feeling her age. We’re all feeling different things at different times, but it’s all real-life things that a lot of women will be able to relate to. And, it’s also what the younger women will look back on and will remember when they’re going through it.

Season ten’s cast has remained the same as season nine’s. Are there any surprising new alliances or rifts, viewers may see throughout the season?

So many viewers are surprised by the relationship that you have with both your ex-husband Frank Catania, as well as boyfriend Dr. David Principe. What advice do you give to others out there who are trying to find balance in their relationships?

My relationship with my ex-husband was worth it’s weight in gold to me because that meant peace for my children. So, any man in my life who could never handle that relationship could not be a part of my life. And, I’ve had that in the past. I couldn’t let how somebody’s insecurities with my ex-husband dictate my life with him. So, David is the most, almost to a fault, understanding/non-jealous man I’ve ever met in my life. Very secure in his own life. Not jealous of Frank – he and Frank have a lot of respect for each other as men. And it works for all of us and, most importantly, for my children.

In your own words, what does the word family mean to you?

To me, family means people outside of yourself that would give anything to be there when you needed them. And, I can put a lot of people like that inside my family category that I consider now family because they have been very “true blue” and loyal friends to me. Including my first friend from kindergarten. I always say, “I don’t have friends. I have family.”

As someone who has one of the biggest hearts of gold in New Jersey, give us an update on your philanthropic work and charities.

My heart is always in Patterson, New Jersey. Whether it’s for animals, children, foster kids, homeless shelters, or working with the new beautiful mayor. They gave me the key to the city last year. I promised them that I would not turn my back, and that I would do everything that I can to use my platform to bring awareness to the help that we need there. We’re working to help students prepare for college. We took one student and was able to help her earn a scholarship. I was so happy that it was able to come through my platform. The owner of a company approached us and said, “Dolores, we would like to help some of the kids that you work with.” We took an honor student from Kennedy High School and helped her. I will help anybody I can and do anything I can for someone in need. Sometimes it can be an abyss, and I can get tired, but the that type of work is in my heart.

What drives you to do what you do for other people?

It’s something that was instilled in me at a very young age. I remember my dad being a cop and leaving in the middle of the night to go help somebody’s kid that got in trouble. Or my mom, who didn’t have much, but said, “Always give what you have” and “Don’t let anyone sit alone. If you’re at the lunch table and you see somebody sitting alone, you get up and leave your friends. You never let someone sit alone.” My grandmother was a maid. She really was my inspiration for everything. My grandmother used to clean three houses a day. And I remember walking to the bus stop with her. We woke up 5 o’clock in the morning one time. I loved her! And, I went to work with her because there was no going out. There wasn’t camp in the summer. My getting-out-of-the-house was going to my grandmother’s house and hanging out with my cousins. So, I remember I was about five or six years old and me and my grandmother were walking in downtown Patterson. She was catching the bus to go start her day of cleaning three or four houses in these very rich areas. And, on the way there, she would take out what little change she had and give it to the homeless. I remember a guy saying to her, “Would you mind buying me a cup of coffee?” Frankie, she didn’t even have enough money to buy her own, but she bought this man a cup of coffee! So, it’s the way I was raised, and I get a lot of joy from that.

What do you want to be known for when you look back on your time on “The Real Housewives of New Jersey”?

It’s an easy question, and it’s the way that I just live my life, always. I want to be looked back on as the person who let everyone know I cared about them. Anybody that comes up to me, I want them to know that somebody cares about them. There’s no worse thing than people feeling lonely and that no one cares. I want to be known as the housewife that appreciated everything and everyone. I want to be known for using this platform to make a difference. t