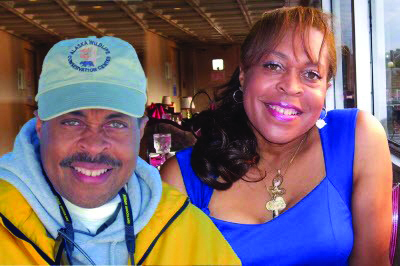 The question you may be asking is “Who is Karen Kendra Holmes?” To start things off, I am an advocate for the transgender community. But let me take you back to the time before I became an advocate for my fellow sisters and brothers in the community. 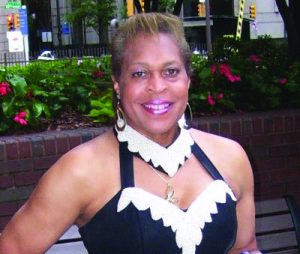 I recall as early as 13 years of age when I started dressing in clothes designed for women. I wasn’t sure why or when I decided to do that, but I felt right within myself to wear women’s clothing and I was more comfortable with myself when I did. For years I purchased women’s clothes, shoes, and wigs to dress in.

I kept the clothes for a year or so and then packed them up to throw them away, only to return to dressing as a woman a few months later. I felt awesome and at peace when I dressed in women’s clothes.

I never talked about my feelings to anyone, not even my parents. Later my parents felt something may be wrong and sent me to see a psychiatrist, who later said I had a chemical imbalance and put me on lithium. After months of using this drug, I realized this was crap – I was able to get off that drug by faking everything was okay. But deep down inside I knew everything wasn’t okay. I was afraid to talk to my parents about what was going on with my dressing because I didn’t understand it myself and couldn’t find the words to explain it. I was confused when I was a young boy and my confusion continued as I grew into a young man.

In my 20s I got married and my wife was okay with my dressing, but six months later she realized that it wasn’t okay and divorced me. That was my first marriage. My second marriage lasted 18 years, and during that time I suppressed Karen and hid her from my wife and her kids. Between marriages I thought I would remove Karen from my life for good by throwing away her clothes yet again, but this time it was over a cliff. About five months later, Karen was back in my life. I couldn’t shake Karen loose, it was a consistent battle and she would return with force each time I tried to remove her from my life. So I embraced the fact that I was a crossdresser, but my soul was still in turmoil.

It was in June 2010 when the start of my life really began. A good friend invited me to the Philadelphia Trans Health Conference. I didn’t know what the conference was about, but it sounded like fun – I felt free to crossdress all weekend. The thought of that was exhilarating! The first day of the conference had in attendance about 1,200 transgender people from around the world. I attended the workshops and for the first time in my life, I started to understand why I was in such turmoil. It made me nervous about what I was hearing and now feeling. On the second day, I saw young children who were transgender who were supported by their parents. This helped me to realize that my parents would be supportive and accepting of me being transgender. The third day I was now on fire because it all made sense. It opened my eyes to “me” and forced me to make a decision on the most important part of my life, and that is to be who I really am. I’m not a crossdresser, I am a woman.

I left that conference like a runaway freight train on a mission. I embraced the woman I’ve been hiding from for 40 years. After returning home from the awakening at the conference, my mission to fully become who I was meant to be began. On October 1st, 2010, I began living as a woman full-time. On April 8th, 2016, the actual day of my second birth, my transition from male to female was completed after having sex-reassignment surgery. During my transition, my friends and family were more supportive and understanding than I imagined. I am very thankful to have great friends, great co-workers and the most understanding and supportive parents anyone transitioning could have.

Baltimore OUTloud welcomes Karen to our family of writers! Watch for new column coming in a future issue.