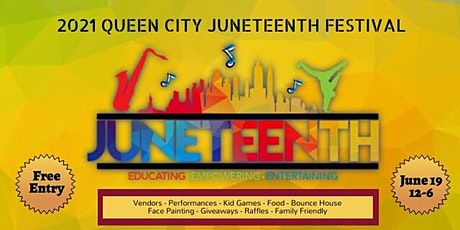 Charlotte, NC – Ask anyone what freedom means and you are almost certain to get numerous answers. Among them, “not being enslaved or incarcerated, the ability to make choices without fear of punishment or reprisal and the ability to move about at will.” Each year in June, the idea of freedom shines, however, as we celebrate two monumental moments in American history with Pride and Juneteenth events. While the two honor different fights for freedom, they both share a common purpose of cultural visibility and equality. The Stonewall Uprising on June 28, 1969 gave rise to the country’s LGBTQ rights movement, and early Pride festivals, like that in San Francisco, used the moniker “Gay Freedom Day” throughout the 1970s. InterPride, the international association of Pride festivals and organizations, currently has more than 400 members in over 70 countries — each honoring that history and the continued fight for freedom in the LGBTQ community.

Another American freedom celebration honors a moment in our history that ended centuries of oppression. In this case, it is the freedom of Black folks that we recognize. Prior to President Lincoln signing the Emancipation Proclamation on Jan. 1, 1863, it was still legal for many states to own or enslave Black people. However, not all enslaved Black Americans immediately learned of the Proclamation. They remained in bondage and subjected to the cruelty of slave owners that regarded them as property and saw them as less than human. It took almost two and a half years for word to reach the last of the enslaved in Galveston, Texas on June 19, 1865, when Gen. Gordon Granger, a Union general, arrived to share the news of the Emancipation Proclamation. On that day, freedom and the promised opportunities that came with it were brought into focus for those formerly enslaved people for the first time. Today, Juneteenth [“June” plus “nineteenth”], also known as Jubilee Day, Liberation Day and Emancipation Day, is a holiday celebrated and recognized in 49 states. South Dakota is the only exception, and there is growing momentum to change that. Celebrations range from small family gatherings with food, music and rituals of thankfulness to larger weekend, and in some cases, week-long celebrations that often culminate in festivals and parades. Large and small, many Juneteenth events keep concepts of freedom, cultural pride, education and economic mobility at their core.