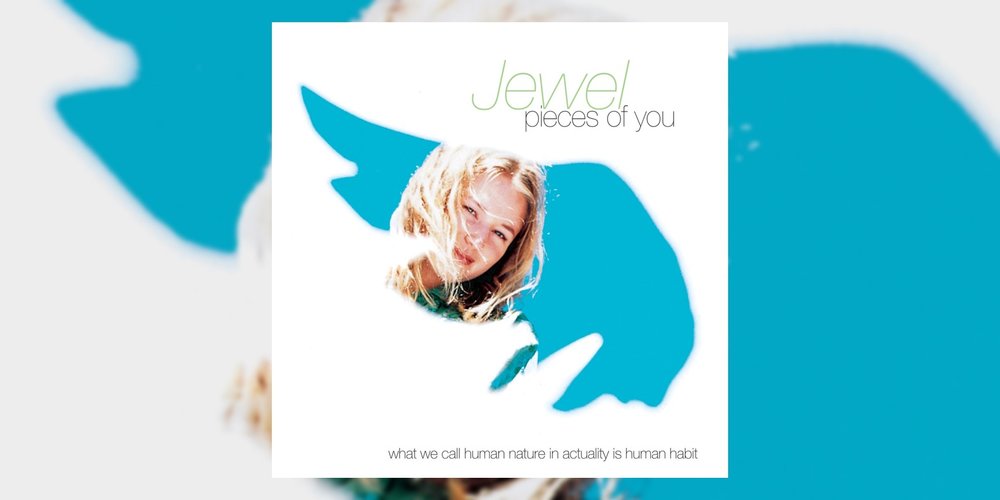 Are you sitting down? Jewel’s Atlantic Records debut album Pieces of You was released almost 20 years ago. That’s 18 years before 2019 Grammy queen Kacey Musgraves’ trio of major-label triumphs, and a good ten years before Musgraves’ fellow 2019 Grammy-recipient (and Jewel’s fellow yodeler) Brandi Carlile’s debut album. So, how does the 12-times platinum Pieces of You (Craft Recordings), newly (and officially) released as a 180-gram double LP (officially, because Atlantic released a similar vinyl set in the 1990s) with five non-CD bonus tracks, hold up? Better than you might expect. Released in 1995, when the music world was having one of its every-so-often women-dominated music periods (see 1971 and Joni Mitchell, Carole King, and Carly Simon, too), it took more than a year for Pieces of You to catch on, but when it did, it did so in a big way. “You Were Meant for Me” and “Foolish Games,” two of the three significant hits from the album (including “Who Will Save Your Soul”), reached the very top of the singles charts. Nevertheless, Jewel’s youth (she wrote many of the songs as a teen) and naivete were on display in the title track, with references to a “faggot” and a “Jew,” which might not have sat well with some listeners. In terms of the bonus material, “Emily” (from the Sean Penn-directed Jack Nicholson movie The Crossing Guard), “Everything Breaks” and “Angel Needs A Ride” are the standouts.

Six years after releasing her debut album, Rita Ora returns with the aptly titled Phoenix (WB). A soaring experience, when it comes to separating Ora from the pack, the artist (and her production team and co-songwriters) have found a way to showcase her vocal skills without overpowering them. Opener “Anywhere” is probably the best example of this, as it flirts with both the dance-floor and sing-along crowds. “Lonely Together,” a collaboration with the late Avicii, is in the same camp. Queer listeners will also find something appealing in “Girls,” a group-effort featuring Cardi B, Bebe Rexha, and Charli XCX, with the refrain, “sometimes I just want to kiss girls.”

Chances are good that we wouldn’t have a Rita Ora or a Jewel without Mariah Carey. In many ways, Jewel’s earnest modern folk tunes could be seen as a reaction to Carey’s overblown bubblegum pop and sex kitten image, while Ora sounds like a direct musical descendant. The 21st century has not been kind to Carey (and vice versa), beginning with 2001’s dismal soundtrack to Glitter, her first (and last) lead role in a movie (although she managed to redeem herself in 2009’s Precious). She’s also label-bounced from Virgin to Island/Def Jam and now to Epic with her latest Caution (Epic). A vocal acrobat in the mold of Whitney Houston, Carey exhibits a kind of newfound restraint here. That doesn’t mean that the album doesn’t immediately fit into her considerable catalog of songs about finding strength in tough times with song songs such as “GTFO,” “A No No,” “With You,” “8th Grade,” and the lush album-closer “Portrait.”

Heard It in a Past Life(Capitol), the much-hyped debut album by Maggie Rogers is a fine introduction to a singer/songwriter with impressive pipes and strong composition skills. Sounding like a long-lost Haim sister, Rogers makes breezy and irresistible pop, collaborating with a variety of producers (mainly Greg Kurstin) and co-songwriters (ditto Kurstin). Some of the songs, including “Give A Little,” “The Knife,” “On and Off,” “Fallingwater” (co-written by queer singer/songwriter Rostam Batmanglij), “Retrograde,” and “Burning,” sound like Rogers is trying to please the hipster Pitchfork pack. On the other hand, songs such as “Light On,” “Back in My Body,” and “Overnight” seemed geared to the kind of people who snapped up copies of The Greatest Showman soundtrack.

Last, but not least, like Carey, Dua Lipais a recipient of a Best New Artist Grammy Award for her eponymous debut album. Owing more to P!nk and Lady Gaga than she does to Mariah, Dua Lipa runs the risk of getting lost in the shuffle with Camila Cabello, Ariana Grande, Bebe Rexha, and Demi Lovato. Nevertheless, if you haven’t checked out her eponymous Warner Brothers debut album, featuring standout cuts including “Lost in Your Light,” “Be the One,” “IDGAF” (co-written with gay artist MNEK), “No Goodbyes,” and “Homesick” (co-written with Coldplay’s Chris Martin), now is as good a time as any.