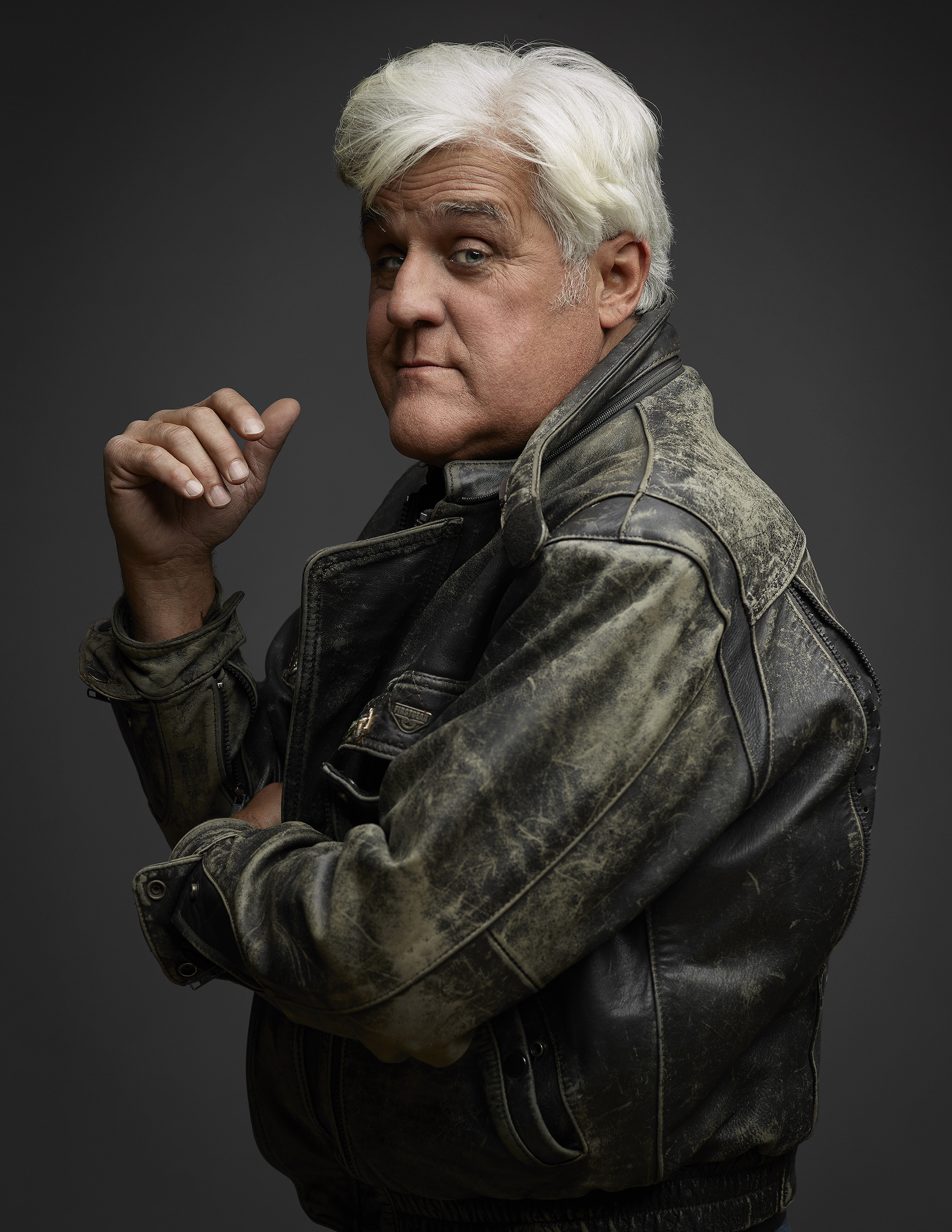 Audiences will be in hysterics as Emmy-award winning comedian Jay Leno performs for fans at Hollywood Casino at Charles Town Races in scenic Charles Town, West Virginia, on Saturday, February 16th. The former host of The Tonight Show, and current host of Jay Leno’s Garage, recently chatted with Baltimore OUTloud regarding his upcoming performance and the challenge facing many comedians in today’s political climate.

“I always liked being a stand-up comedian,” began Leno. “And when you do a show like the “Tonight Show” it’s usually about the events of the day. The monologue is like a newspaper, in that you open with a lead story, and then you go through different sections and then you end up with jokes about sports or entertainment or something like that. When you do a live show, you can open up a bit more and tell stories. But the main emphasis is comedy. I’m not trying to change anyone’s opinions, here. I mean, I try to make fun of Democrats and Republicans equally. And, though I don’t care for him, I’m not giving an anti-Trump speech. I will certainly do it offstage, but I won’t do it onstage. It’s stand-up comedy. A lot of stories about growing up and things of that nature.”

“The fun part about doing the ‘Tonight Show,’” Leno continued, “was when something happened you immediately had a joke about it that day. You could sort of be the first one out with a joke that night. The bad part about it was that the next day you’d think of a better joke. The fun part about being on the road is you can tell a story on Monday and do it a little different on Tuesday, and by the time the weekend comes you’ve got it down to its bare essence and the funniest way to do it. Plus, you can open stories up a little bit. The ‘Tonight Show’ monologue was mostly disposable jokes. By that I mean, if the Secretary of State or someone is in the news that day you can do a joke about it, but once you get past that day it’s usually over.”

Leno explained that comedic timing is an art form and craft it takes a while to perfect. “It’s a bit like spinning plates on the ‘Sullivan Show.’ You just sort of keep it running, going and moving. There’s any myriad of topics you talk about, and you just keep moving quickly from one to the other. People get to trust you and they get into a rhythm of it.”

Along with comedy, Leno’s passion for cars is evident in his show “Jay Leno’s Garage.” The series is about motor vehicles, primarily cars and motorbikes. “I was never much of a sports and music guy. I currently own about 187 cars and 163 motorcycles. So, yeah, it’s a little much, I know. But I only have one wife, you see.” Leno laughed. “It’s just much easier. Most guys would have one car and girls hitting all over town. I just have the one girl and cars hitting all over town.”

As the conversation turned back towards stand-up, Leno believes that even though today’s political climate has made comedy a tight-rope act for some, comedy is still timeless. “One thing to remember is comedy has not changed. Comedy is comedy. If I asked you to watch a dramatic movie from the 1920s like The Sheik with Rudolph Valentino, or one of those kinds of movies, you’d be bored to death because it moved so slow. But if showed you a Buster Keaton or a Chaplin film from that era, I would almost guarantee you’d laugh just as hard as people did then. You’d might even laugh more because of the costumes and the way people are dressed. Basically, that’s what comedy is. Right now, everyone tends to do the same joke. I mean, Trump’s in the news all the time so, consequently, everybody’s trying to do the same Trump joke over and over again. To me, I really enjoyed it when I would get angry letters from both Republicans and Democrats. Then, everybody was mad about something different. Now, everybody’s mad about the same thing. Every show, now, kind of has the same point of view which doesn’t quite work for me.”