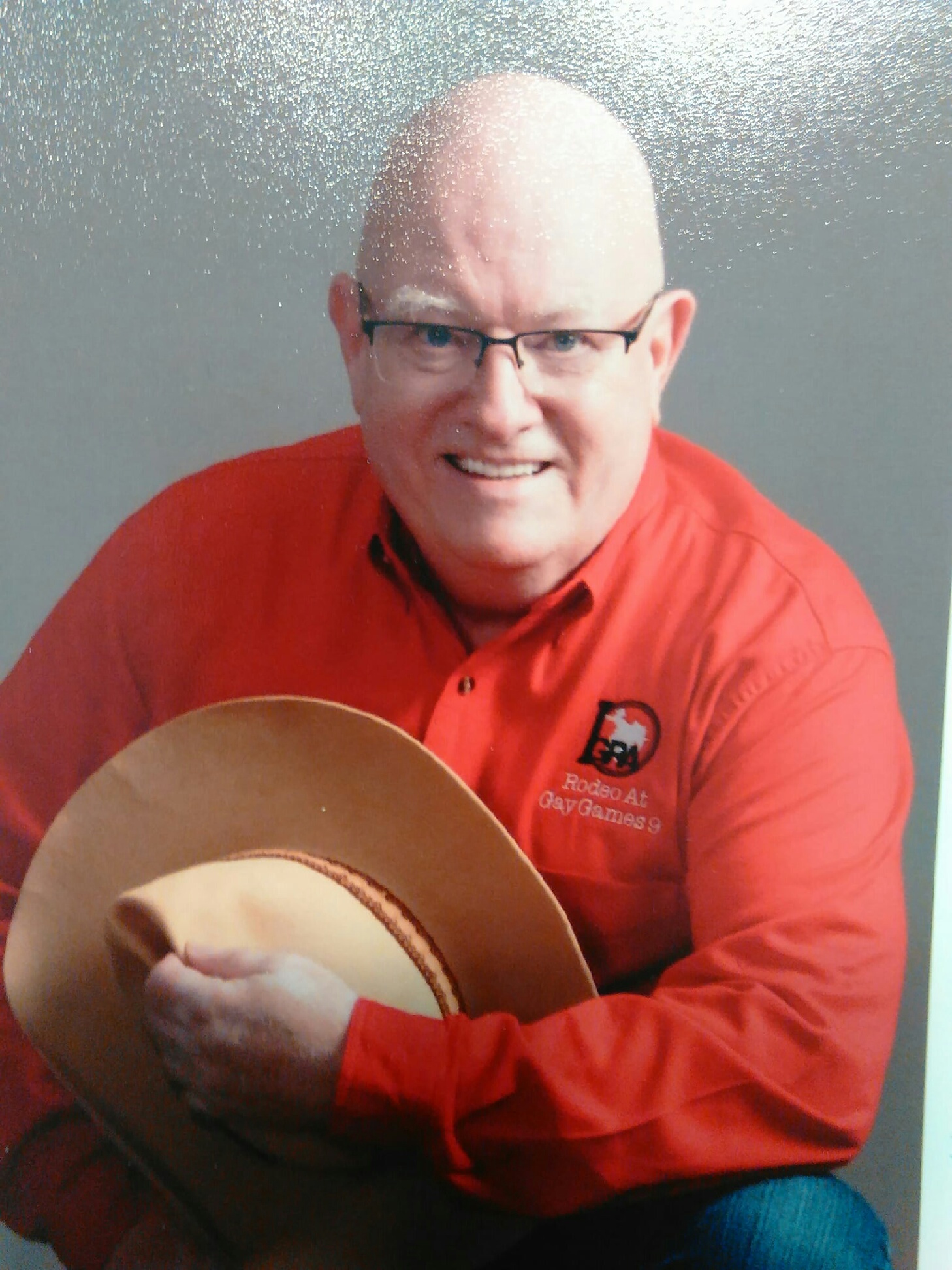 Writer J. Kelly Poorman has been a member of the gay rodeo circuit since the early 1980s. Having celebrated his 130th rodeo last year with Keystone State Gay Rodeo Association (KSGRA) in Harrisburg, Pennsylvania, Baltimore OUTloud recently chatted with Poorman to discuss his rodeo career, his work, and what gay rodeo means to him.

Growing up near State College, Pennsylvania, Poorman joined the military and served for eight years. Upon leaving the military, Poorman traveled all over before eventually moving to Los Angeles. It was while there that Poorman began his foray into gay rodeo. “I dated this guy for what seemed like maybe 26 minutes,” Poorman laughed. “His name was Steven and he told me that we were going to go to the gay rodeo. I dressed as a bystander, excited to see guys with no shirts and cowboy boots. That was until he told me that we would be working in the arena itself. I thought, ‘Not me. And, definitely not with these new cowboy boots.’ But I went and we worked in the arena and I discovered that it was like family.”

It was refreshing for Poorman to see men and women working together as a team. “It didn’t matter if you were a man or a woman. If you could do the job, you did it. It was such a wonderful thing that I went again the following year. One of the ladies in charge recognized me and put me in charge of the arena set up – taking things in and out of the arena. That eventually became my job title, Arena Set-Up Coordinator.”

Poorman would go on to do roughly ten to 12 rodeos a year while he lived in Los Angeles. “When you live in LA, you could fly out to just about anywhere pretty affordably. The arena set-up coordinator was a volunteer thing, but when people saw how fast the rodeos went with a set-up coordinator they would sometimes give me a room to stay in or pay for my airfare. It didn’t cost me a lot and I’ve been able to fly all over the country, as well as Calgary, Canada.” Over time, Poorman eventually returned to home to Pennsylvania to be a caregiver for his mother. He couldn’t do as many rodeos as in the past, but he was able to do some of the local ones in the area.

Poorman eventually turned his thoughts and experiences into works of literature. The author of five books, along with a Christmas story, Poorman’s first book was about gay rodeo. “It’s called Roman and Jules and it’s based in the vein of Romeo and Juliet. Roman was a straight bull fighter and Jules is a gay bull rider. They became really close friends – closer than brothers. The Montagues in the story, the gay community, thinks that Roman must be gay or why would he be hanging around Jules and be best friends with gays. The Capulets, the straight community, has a bigger problem with it. In some cases, there is violence involved. It was a story that I had been working on for close to 65 rodeos at that point. I started writing a short story and it eventually turned into a book.”

Over time, Poorman eventually could see the glaring differences between straight and gay rodeos. “I went to a straight rodeo after I had worked gay rodeos for 15 years. One of the glaring differences that I saw was the treatment of animals. With our rodeos, we are very determined to maintain proper treatment of animals. In fact, I’ve seen people kicked out of our rodeos for mistreating their animals or their horses. Another thing is that in straight rodeos men and women do separate events. Our contestants can participate in any event they want.” Poorman added, “Overall, the most important part is the family that is gay rodeo. Our rodeo is an event where, for the most part, you’re not pitting yourself against another human being. You’re pitting yourself against an animal. When contestants are finished with their bull riding, they get up and cheer on the other bull riders. It’s a wonderful family with the nicest people.”

Reflecting on some of the more serious moments, Poorman added, “I, unfortunately, have seen deaths at rodeos. I saw a young man die when he was injured in the chute. Not only do we have an outpouring of love in our rodeo family, but we help to monetarily get things done for each other. This also sometimes includes both our rodeo family and those in the stands. I saw a horse that had to be put down one time after it did the barrel races. The woman rider was told how much she needed to cremate the horse, and she didn’t have the money. In 20 minutes, they had $1,500 needed. Contestants in the stands literally threw money into a cowboy hat so they could take care of the horse. You don’t find that in many other rodeo events.”

“I’m not a sports person, at all,” Poorman laughs, “I can barely walk in cowboy boots. But the family dynamic in the rodeo is very, very protective of each other and our animals.”