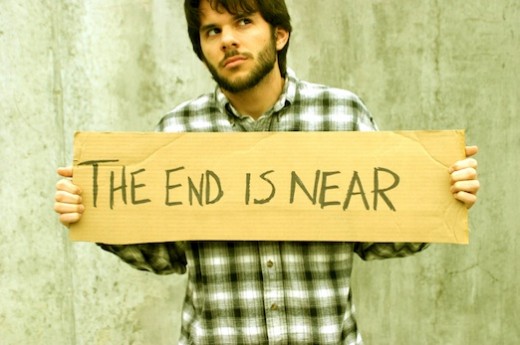 As I’m sure you have heard by now, the big Mid-Atlantic Leather Weekend produced by the Centaur MC and scheduled for January 2021 in Washington, DC has been canceled. MAL joins an endless line of leather events that have been canceled in the last seven months due to the coronavirus outbreak. Add to that the closing of such long-running an iconic leather establishments as the DC Eagle ( after 49 years) and Sigma DC ( “ DC’s only all male BDSM play space for over 25 years”) and it is starting to look like 2020 is the end of the leather world. Plus, the current climate of political correctness and the cancel culture movement that we are seeing in 2020 has people asking, “Is it okay to have a uniform fetish?” (Believe me the leather community was never intended to be “family-friendly” and politically correct.) In fact, it has gotten so bad that one of my Facebook friends recently posed the question: “Is the leather community over?”

New York’s Empire City MC took off over the Labor Day weekend for a six-day motorcycle ride covering over 750 miles and stopping to have socially distant visits with other leather club members in Philadelphia, Pittsburgh, and Harrisburg, Pennsylvania. Empire City has also announced that their 57th annual holiday party and toy drive will be held online this year since New York’s Stonewall Inn is not currently open. Join the Empire City MC virtually on December 5th. Details can be found on their Facebook page and at empirecitymc.com.

You can also join the fun people from the Philadelphians MC for their monthly bar nights at 7 pm on the second Saturday of each month without having to travel to the Bike Stop in Philadelphia. The club has canceled their leather weekend planned for October and is not doing any in person events, but they are hosting their monthly bar nights on zoom. Details can be found on their Facebook page and you can learn more about this leather club that was founded in 1974 by going to philadelphiansmc.org.

The women in our leather community have also been keeping busy and are not about to declare the leather community over. On the second Saturday of each month starting November 14th join the Woman of Drummer monthly play party online. The Facebook page: Women of Her Own Drum is filled with information, interviews, and plans for events in 2021.

The weekend of October 16th – 18th would have been the Northeast Person of Leather Contest and play parties at the Baltimore Playhouse. Originally scheduled for March 20th – 22nd, the event was postponed until October and like so many other events canceled. I was really looking forward to this weekend. When the great people at Twisted Culture invited me last year, I could not attend because I was in Provincetown for the Harbor Masters 16th anniversary. This year I made sure I wrote it on my calendar in January. Unfortunately, it was not to be. Instead of being at the Baltimore Playhouse on October 17th, I am happy to report that I did get to see in person a few leather titleholders who would have been at the contest that night at the Baltimore Eagle. It was great to see them! Yes, I know. People should not be going out to bars- but the Baltimore Eagle has been taking temperatures at the door, limiting attendance to 50% (There are sometimes lines at the door), and doing everything possible to keep everyone safe. This is a very difficult, stressful, and depressing time for everyone. I’ve seen friends shamed on social media for doing outdoor dining at a restaurant. In 2020 life goes on. It is a struggle for many including myself. I am thankful that I can venture out to the Baltimore Eagle with my mask, my hand sanitizer in my pocket, sit at a small table in the corner of the patio, listen to some good music, see a few friends, and feel like for a few hours the world has not ended. I have even met some people who are coming to the Baltimore Eagle regularly because the DC Eagle is closed. There has to be a little light in the darkness, even if it is just Miller Lite.

The holiday season is not looking any better either. The Bucks MC have canceled their popular Santa Saturday fundraiser that they have been hosting for over 45 years. It is traditionally held on the Saturday of Thanksgiving weekend and recently has been held in Ashbury Park, New Jersey. In Baltimore, the ShipMates are still planning to hold their annual Daddy Christmas fundraiser which this year will benefit the BHT Foundation. It will be held on Saturday, December 5th starting a 9 pm at the Baltimore Eagle. You won’t be able to sit on Santa’s lap this year for pictures, but plans are in the works for a scaled-down safe event following all the COVID-19 protocols. Baltimore’s other popular holiday event will also look different this year. Hooker & Boys will be presenting the 22nd annual 12 Days of Christmas show as a virtual event on December 12th. Look for all the details soon.

We will get through this year somehow. The leather community will continue. Don’t worry. The party is far from over.