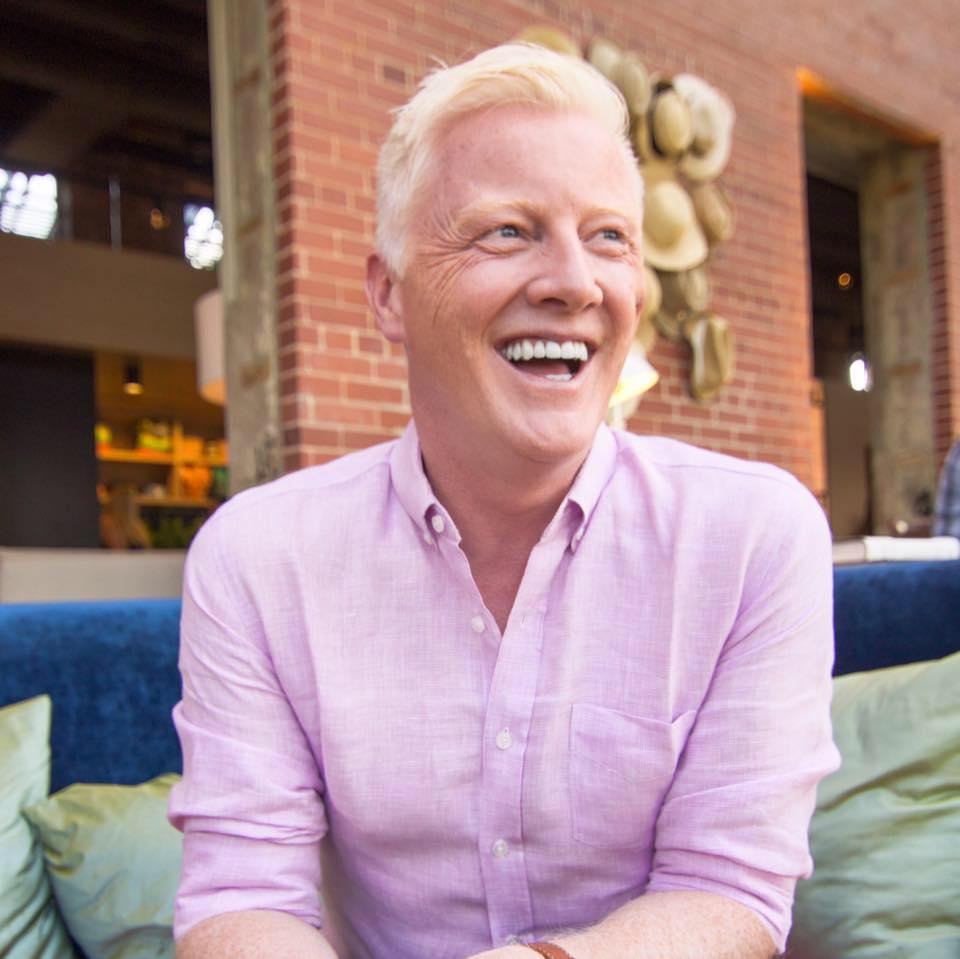 David Bowd is the co-founder and CEO of Salt Hotels, currently spanning five properties, including Provincetown’s Salt House Inn and Eben House. He has no problem steering the next generation of hoteliers, having lived through his own mother attending his first interview for a hotel position. David talks his community work with Salt School, launching the Salt Hotels brand, and responds to humanity’s discovery of how to fold a fitted sheet.

Kevin: As a hotelier, is it time to retool the expression, “Even the salty customer is always right?”

David: It’s a very old fashioned phrase that doesn’t always fit in today’s world. However, our motto is the guest should always be at the center of everything we do from designing a room to operating a hotel. It’s important that we focus on the guest’s needs all of the time.

Growing up, what was the first hotel or guesthouse you fantasized about moving into?

That’s a very funny question. Growing up there was a TV show in the UK called “Crossroads Motel.” I loved to watch it, and that was where my love of hotels started. The mix of people and the different guests every day just really appealed to me.

What was the deal with Kay Thompson’s fictional character, Eloise? How would you handle a precocious seasonal kid in your inn with a fairly useless nanny?

Luckily, we don’t have kids in our two inns in Provincetown for that reason. We have seen it many times. Our other hotels do have children and when they become too intrusive to our other guests we generally have a good chat with the parents or nanny and they usually help us out.

Would you disapprove of a teenager bringing their mother with them to an interview for a front desk agent position?

Much to my horror, when I was a 15 year old being interviewed for my first hotel role they asked my mum to join the interview. They wanted her to also understand that it involved long hours and hard work so she would be supportive. I would never mind. Everything we do is transparent and I would happily encourage both mum and teenager asking as many questions as they like.

You’ve brought a “Summer of Sass” graduate into the fold. Young queers can feel as if the more seasoned queers’s sage advice is confined to online interviews and media blitzes. How do you connect with the youth on a more personal level?

We have a very open door policy and as a family company we truly encourage openness and transparency. We build great bonds with our teams and have open dialogue about everything. We never take for granted how lucky we are to live in a place like Provincetown where everyone is so accepting. We use it as an opportunity to really encourage everyone, as they grow in both their personal lives and careers, to take advantage of the wonderful team we have working with us across all hotels.

What was the main appeal of Provincetown versus other queer meccas like Key West or Palm Springs?

It felt like home from the moment I arrived. I love the feel of the town. It’s like a British seaside town but with great weather. I also like the seasons that Key West and Palm Springs don’t have as much.

Tell me about your venture and the properties you and your partner Kevin O’Shea would both go on to acquire and create.

Salt Hotels was very organic. We decided to buy a hotel together. I would run it long-term. Kevin would design it. Then it was massively successful and we thought let’s do a second. Eben House. Again, it just did really well. Our guests loved it. It was something new for town and then we continued to grow organically. We only partner with great people who care about the guests and the experience and who want to create interesting hotels. We just opened our fifth hotel and next year will be London. After that another four hotels will open over three years bringing us to ten hotels. We both have specific responsibilities within the company so we don’t have to live and work together 24 hours a day.

Are you trained now to spot a pseudonym from the get go? Be it for a mistress/sir or someone high profile?

Oh yes. That’s the easiest part of the job for me now. I can tell how people act whether they are with their actual spouse or not. Some people go to extreme lengths to cover it up not realizing it happens every day and we really don’t mind.

Any pointers with regards to making a reservation and communicating with staff in such a situation?

Not really. Just ask us to take you off the emails so we don’t go and send you a thank you for staying with us!

Is education one of the first major constructs a youngster encounters that highlights how much socioeconomic background can matter? Or, why did you start Salt School?

Salt School was started as your early life should not define your life. Many people don’t do well at school, especially LGBTQ youth as they have so many struggles. Salt School was started to allow someone at any age to learn about hospitality and what it takes to be in the business. We have trained over 400 people and employed over 75% of them across our five hotels. At Salt School, everyone mixes with everyone and age, sexuality, and socioeconomic backgrounds don’t matter. As they don’t in any of our hotels.

What were the emerging trends you noticed this season in Provincetown?

It’s not necessarily just this season but we have seen a desire and a need for more modern luxury amenities and services, including twice-daily housekeeping, minibar requests, and pool wants  –  we added one to Eben House a few years ago. Price is less of an issue than it used to be. Ptown now welcomes truly international travelers who have very high demands.

If you chose an individual, fictional or real, who came close to capturing what each property stood for, who would it be?

For Eben House, Captain Eben Snow, who was the captain who built it. You feel him around. The Chequit would be an old Victorian lady who likes everything in place. Salt House is an artist and beatnik who populated the dune shacks at the turn of the last century. The Asbury is Antoni from “Queer Eye,” great to look at and fun. Ocean Club is an old English gentleman who likes the finer things in life like a good cigar or a great claret.

How would you describe humanity’s reaction to the correct way of folding a fitted sheet?

Like most things in life it’s not that hard. Take a moment to think about it and it’s easy.