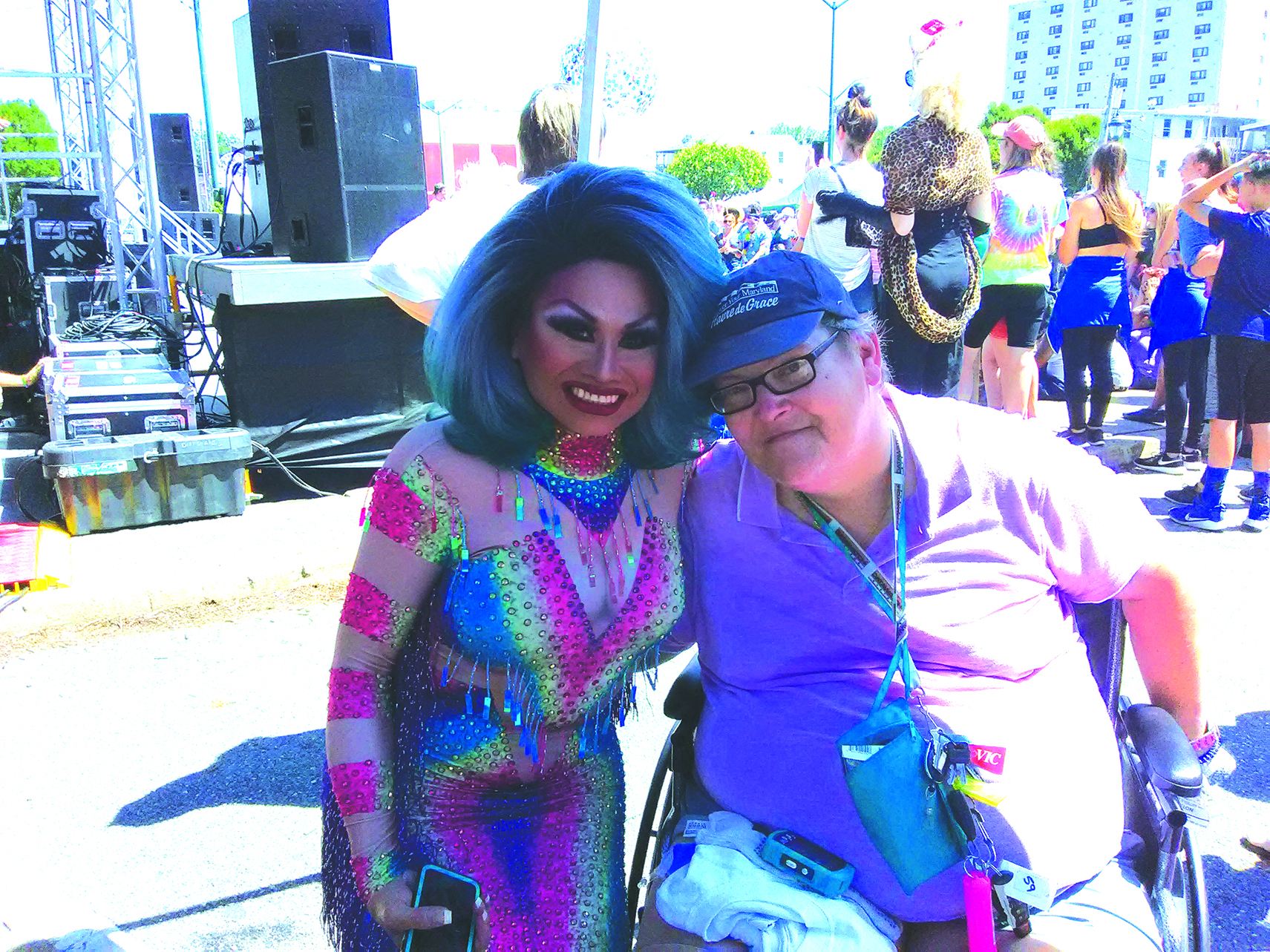 Jabez “Jay” Whitford Loane, V, who worked for a number of years in several capacities for Baltimore OUTloud, died on April 30th, 2020. Although he had been in failing health for some time, he died peacefully in his sleep at his home in Edgewood, where he lived with his longtime friend and companion Michael (Magoo) Serio. He was 57 years old.

While working for Gay Life, Jay introduced Mary Taylor to the newspaper’s then editor, Mike Chase. Mike hired Mary as a sales representative. Mary had known Jay and this introduction of Mary to the world of LGBTQ newspapers proved significant to Baltimore gay journalism as Mary has become the driving force behind Baltimore OUTloud as associate editor and director of marketing and production.

Jay was a fixture at community events and gay bars for nearly 30 years. He worked at several bars including the Allegro, Club Atlantis, and Grand Central. He carried his camera everywhere and documented many important happenings in the community. He was particularly adept at photographing drag queens and had an extensive gallery of photographs that will be donated to an LGBTQ archive.

Jay was born August 22nd, 1962. He was the son of the late Jabez Loane, an attorney, and Judith Loane, and grew up in Baltimore County. He graduated from Delaney High School and the University of Maryland Eastern Shore with a degree in hospitality.

Reflecting on the death of his best friend and companion, Michael Serio said, “Jay had a strong commitment to the community and loved photographing events. I would assist him in delivering Baltimore OUTloud and relish the hours we spent driving to Pennsylvania to pick up the papers and deliver them. He was my best friend till the end. I am glad that his difficult last days are over and he is out of pain. He filled my life and I will miss him so much. But I will not say goodbye, just see you later.”

Because of COVID-19, a celebration of Jay’s life will be held at a later date. Contributions may be made in memory of Jay to the Defenders of Animal Rights (14412 Old York Road, Phoenix, Maryland 21131). – Jim Becker