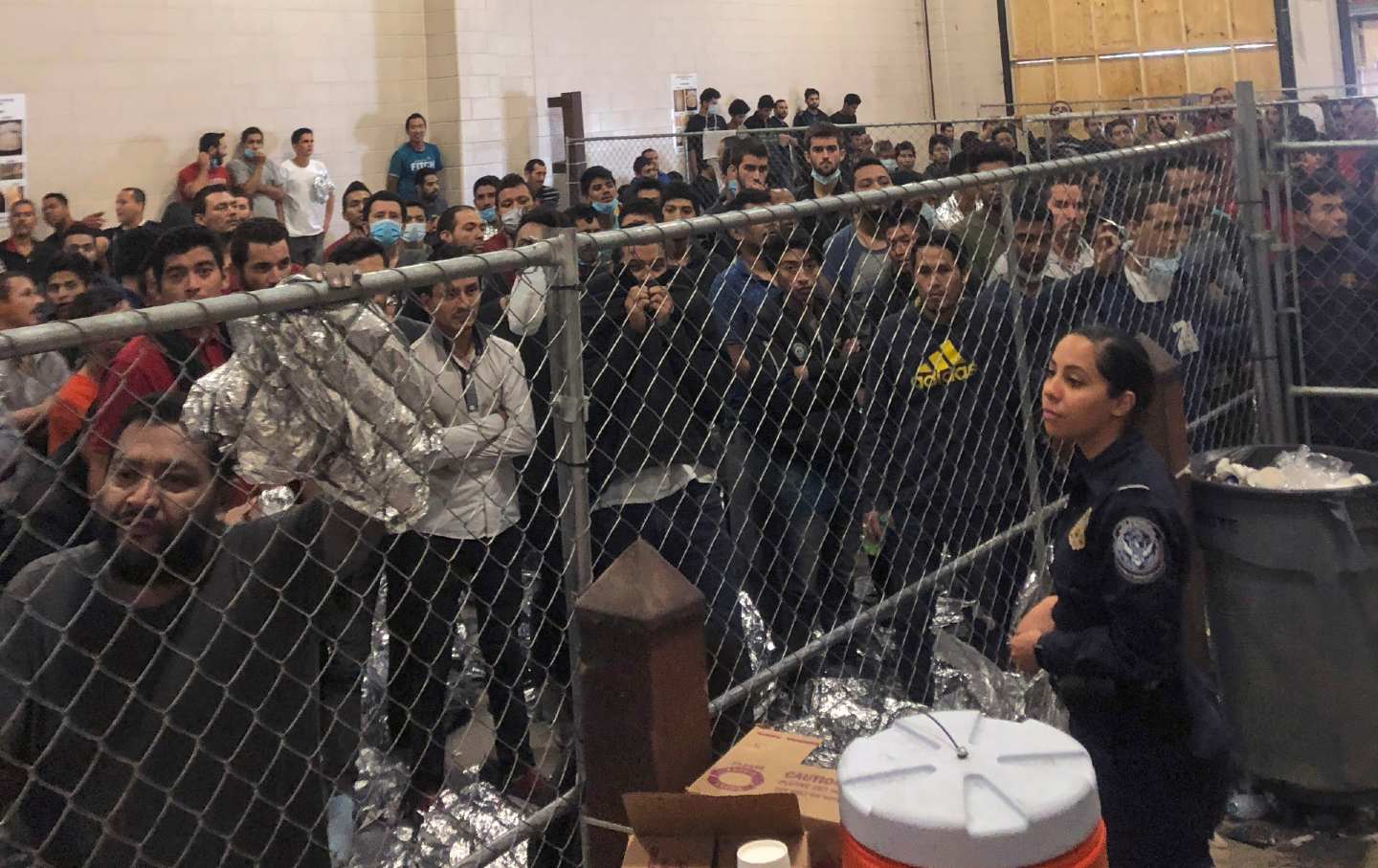 The world is in the grip of a global pandemic, the COVID-19. Governments are mandating safe distancing to reduce the chance of getting infected with COVID-19. Stores, restaurants, bars, and gyms are ordered to close to protect the local communities. And what is happening to those who are being detained by Immigration and Customs Enforcement (“ICE”)? Are they being released to home detention to limit their exposure?

NO! ICE officers are waiting like vultures for undocumented people to come out of hospitals and stores, and arresting them for the “crime” of being in the United States without proper documentation. ICE officers wear jackets or body armor that says “POLICE” on it in large letters in spite of the fact that local law enforcement officials have requested that ICE remove that designation since they are not police officers at all and do not have state law enforcement powers. They are even arresting people who drop off friends and family members at airports (like JFK and Dulles!) to return to home countries. On its website, ICE says that it will refrain from going into hospitals in search of people to arrest “except under extraordinary circumstances.” However, it does NOT explain what “extraordinary circumstances” means and who makes that decision. ICE claims that officers are taking steps to make sure that people in ICE detention facilities are properly screened and medical attention given to those who need it. Given the history of this administration and its failure to properly care for children and adults who are in their custody, it would come as no surprise if COVID-19 runs rampant in ICE detention facilities. Children have already died of measles, influenza, and other infectious diseases while in the “care and custody” of ICE. This administration has stated more than once that detainees, whether adults or children, will not be given vaccinations for the diseases that are historically infectious. Why would anyone believe that ICE is testing and giving proper care to detainees who are suffering from COVID-19?

Given the fact that visitation to ICE detention facilities has been cut off for family members, who will be able to monitor what is happening there? The website claims that legal representatives will be permitted to have “non-contact” visitation but such visits will include “protective gear” to ensure the visitor is safe. Imagine the fear this will create in detained persons who meet with legal representatives in full hazmat gear. Legal strategies to handle their immigration issues will be the last thing on the minds of detainees who are already intimidated by the restrictive environment in an ICE detention facility. If the detainee is also suffering symptoms of COVID-19, they will not be able to pay attention to the needs of their case before an immigration judge.

ICE detention facilities have been criticized for giving detainees moldy food and failing to properly clean areas where people wait anxiously for justice in their cases. There is no reason to believe that those already filthy places will be properly disinfected to prevent the spread of COVID-19. Who will answer for the deaths within the detention facilities?