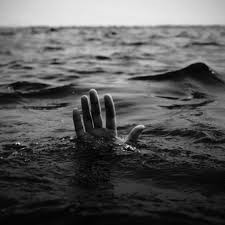 My heart hurts and my head is tired. It has been a week, and in five days’ time when this releases; I am unable to hypothesize where my moods will be. Not simply that I cannot speculate how I will be feeling, but realistically I could not have guessed NASCAR siding with me before the author of my favorite series about magical children studying at an English boarding school as a real event happening in my life. In light of that reality becoming canon, I am leaving my prophesizing skills in the dust that will hopefully soon render this year a distant memory.

My mom purchased the first book because the cover art looked like something my brother or myself would be interested in, both of us being avid readers due to our frequent traveling for baton competitions. Books are wonderful ways to entertain a child for long periods of waiting, either on a car trip, or during Nationals, when there are seventy-some competitors in one division, and multiple divisions competing before yours. She was not wrong, a boy with a lightning-shaped scar flying around via broomstick absolutely captivated us, and although it never eclipsed Star Wars, I most certainly caught multiple book releases at midnight, and did the same with the movies as well. Until certain events, I was a proud member of a house known for hard work, patience, justice, and loyalty. The irony of an author valuing inclusivity as an earnest characteristic turning around and writing a TERF Manifesto is not lost on me, and if it was not so heart-breakingly catastrophic to trans folks of my generation and younger, I would have more than a few quips on the subject.

When I began my journey with the books, I was beginning to understand that how I felt about my body’s budding changes was not the same anxiety and puberty embarrassment that my peers where. By the time the first film premiered, I was a freshman in high school, and my increasingly-gendered world was beginning to suffocate me. By graduation and revelation of just how un-female I was living in an all-female dorm; the book series was wrapping up.  I remember sobbing throughout most of the finale, having to wipe tears away as I read. Bittersweet tears that came with the ending of a story that was amidst the middle of the film series. By the time the movies finished, my wife and I had not only begun dating, we had also moved into our second apartment together.

Many of my trans peers do not have a fandom that ranks higher than this one. I still have Star Wars. After John Boyega protested and his co-stars applauded his words, I have Star Wars even more than I did before. However, this week an entire generation of trans people lost one of the few things that gave them hope and positivity throughout their childhood and adolescence. The cherry being that instead of finding the same nearly universal support that was rightfully levied in support of black lives and against systemic racism; many of my peers were met with apathy from their friends. Instead of solidarity, there were shrugs. Acknowledgements that while the author’s words were repulsive, they are somehow distinguishable from the series that feature’s her name in obtuse gold lettering at the top of every book, poster, advertisement or piece of merchandise.

While still wading through my inbox of emails and messages filled with feelings of betrayal, rage and disbelief, I received a notification that on the anniversary of the most violent attack on LGBTQ people on American soil, we got another slap in the face. Our wonderful leadership decided to override provisions that amounted to keeping doctors and medical professionals from refusing to save my life, or transport me to a hospital for life-saving care for no other reason than my being trans.  I am lucky enough to live in Maryland, where thanks to some strong foresight by our trans leaders, bills were passed to protect us from this exact discrimination. However, I cannot state enough that a country legalizing medical discrimination of anyone that can and will lead to their death is so far from the ideals of liberty and freedom that I would not be surprised if tomorrow’s headline is France votes to take back the Statue of Liberty on principle alone.

Medical care is not something we should have to ask for, or present ourselves in a way that deems us acceptable enough to receive. If I am hurt, I should be able to get help. Period. Do no harm, not  that it isn’t harm if it’s only trans people. Honestly, I am from the sentiment that if you go into medicine and do not feel an obligation or moral compass to treat all people, you probably should find another occupation. And if I didn’t think the two above topics have weighed in on Boris Johnson’s apparent decision to restrict UK trans people from being able to self-declare their gender, I would be a fool. What an awesome pride month it has been so far for the trans community.

Yes, I want nothing more than for a certain author to shut up, to shut up and never utter another public word. Take the billions you’ve taken from my generation and Gen Z and go away. Retire to the hills in solitude like many of the characters in your books. And yes, I want everyone who can vote in November to do so, and help move the needle of progress forwards, and not continue to have it ripped back in time at the expense of our lives. So that I can have medical care everywhere, and not just progressive pockets of this nation. However, what I really want is a break. A respite from an administration and a segment of the population that has picked both my race and my gender identity as discussable, as though human rights are anything other than just that.