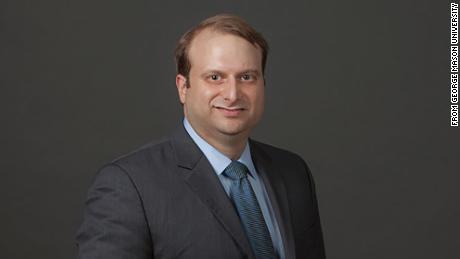 Washington, DC – On August 23rd, the Human Rights Campaign (HRC) responded to news that Steven Menashi, Trump’s nominee for the US Court of Appeals for the 2nd Circuit, has a history of hateful, disturbing writings that render him unfit to be an impartial federal judge tasked with protecting the rights and civil liberties of all. In one piece, Menashi explicitly diminishes the hate that led to the brutal murder of Matthew Shepard.

“Nominating a person who has exploited and downplayed the murder of Matthew Shepard to a lifetime seat as a federal judge is offensive and appalling and yet another low point for the Trump-Pence White House,” said HRC President Alphonso David. “At a time when violence and discrimination against LGBTQ people and other marginalized communities is on the rise in this country, the last thing we need is another judicial nominee who does not recognize LGBTQ people as people worthy of basic respect and protection under the law. Steven Menashi is not fit to serve on any judicial bench, much less a court one step down from the Supreme Court. He should withdraw, and if he doesn’t, he should be rejected by the Senate.”

The Anti-Violence Project reported an 86% increase in hate violence-related homicides of LGBTQ people between 2016 and 2017. Last year, at least 26 transgender people – mostly black women – were killed. So far in 2019, there are reports of at least 16 transgender people who have been killed. t (Seattle Gay News at Sgn.org/sgnnews47_35/page10.cfm)