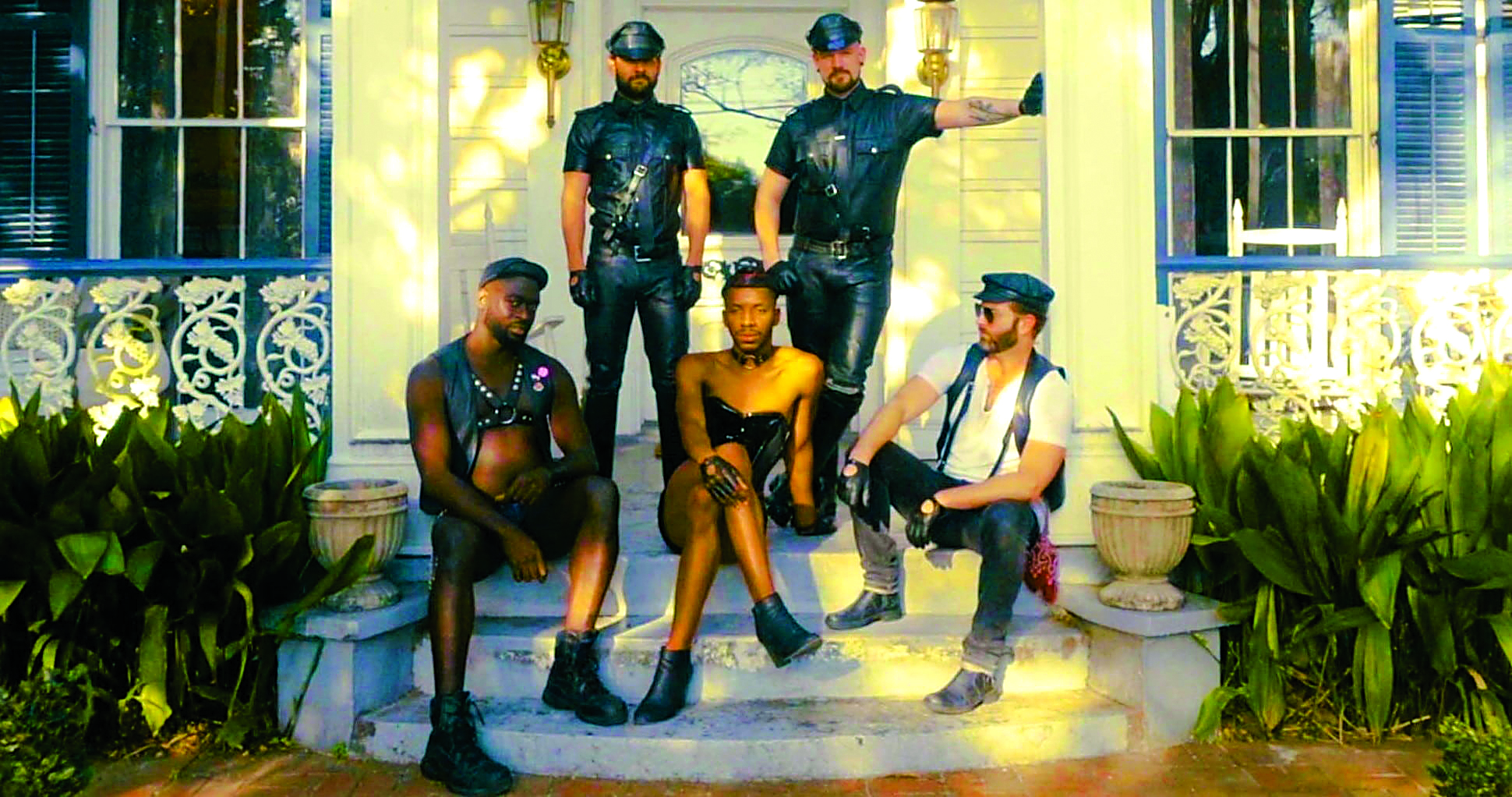 What would the lives of gay men be like today if AIDS never happened?

Filmmaker Leo Herrera’s answer to that question is a genre-busting web series “The Fathers Project.” A dreamlike mix of actual historical information and clever wish-fulfilment – with plenty of sex for good measure – Herrera’s series takes us on quite a fantastical journey (the complete series is included in one video, below).

“Fathers” also gave me a strange pang of discomfort. As someone who has chronicled the epidemic since it began, there was a small but persistent voice in my head as I watched the series, and it kept saying “How dare he…?”

Dare what, exactly? Dare to wipe away our history, including our triumphs and activism during the 80s? That was part of it, but I have to consider the possibility that something in me doesn’t want My Great Tragedy taken from me. Without my identity as someone inextricably bound to HIV/AIDS, who am I?

The more important question, Herrera asks, is Who might I have been? What else might I have accomplished? It feels heretical for me to imagine, and that’s what makes Fathers such an important work of art. It dares to consider it.

In my interview with Leo Herrera, we discussed this very tension that Fathers brings viewers like me, but not before I questioned him about his fixation on leather men and the amount of unbridled sex his series features.

Here is our lightly edited conversation. I left in all the juiciest parts. By the way, you can still contribute to the series to help them take it to a wider audience on their Facebook fundraising page.

Mark: Leo thanks for this interview, and for your art. I’ve just finished watching “Fathers” again and it has me reeling. So many thoughts, about what could have been.

Leo: I bet! It usually takes folks a minute or two to process.

You love leather men. Let’s start there. And drag queens. And black and brown men. But especially leather men, it would appear. What’s the attraction, literally and figuratively? 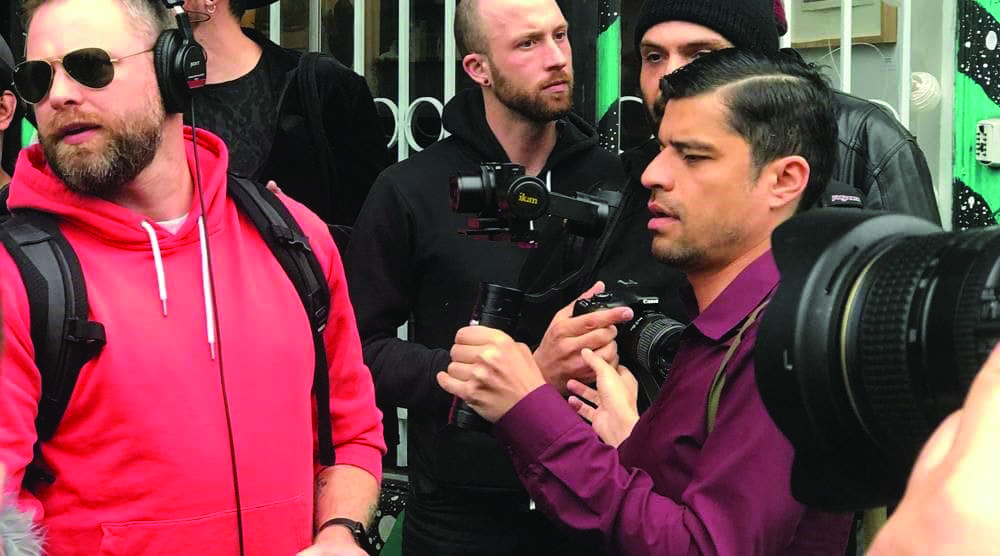 I do love leather men and they are all over these episodes. That was one of the launching points of the entire project, when I first started to figure out the wildest visuals, I saw a leather man, in full code, at the White House. I sort of worked backwards from that.

You could start a “just for fans” page with all the leather man footage you have.

There is so much of it that I wasn’t able to include, too. Some of it was heartbreaking to edit out.

You hadn’t been involved or attracted to this community prior to this project?

And one of the first places we start to lose in cities are our leather bars, and it’s always heartbreaking to me.

Yeah, my leather friends are really troubled by their dwindling spaces.

But equally interesting has been, how no matter what city you go to, if you visit an Eagle, you know exactly what to expect and how to behave. That’s really powerful to me.

Oh, and I have to say how brilliant and right it felt to see The Celluloid Closet author and early gay activist Vito Russo as President of the United States.

Right! That was one of the first choices made early on in the project. I adore him, as an activist and a film buff. I thought how tickled he’d be to use a low budget movie to make him president.

(Poz magazine founder and activist) Sean Strub had a romance with Vito for about five minutes back in the day.

I know, he told me about it. He told me a lot of wonderful Vito stories and what it means to hold on to our history and be storytellers when everyone else is gone. That affected me deeply.

But we digress. Your series. Geez, the sex! Much of an episode is devoted to Stonewall Nation as a place of sexual freedom and even debauchery for LGBT people. Is that what Harvey Milk and Vito Russo were fighting for?

I think they were fighting for so much more than that, but our sexual freedoms are at the core of so much of what we do and the first thing to go in times of oppression. How can you imagine a world without AIDS without frankly, and sometimes graphically, showcasing what sex could have been?

The sex is also a sore spot, as it were, for many activists because so much of the early debates within the gay community as AIDS was emerging were between those who were in favor of sexual restraint (like closing the baths) versus those who resented our new sexual revolution being interrupted or impeded. Your vision ramps that sexual revolution right up again.

Yes, and studying our history as much as I have, I see those conversations take place and I understand both sides so much. But the sexual freedom of that time was translating into something much bigger, affecting so much of the mainstream culture…

Not to belabor this point, but you go heavy on sexual liberation, even bacchanalia, in the series. A sexual tribe gains tax exemption as a religion in one episode, and the uncensored version of that episode is explicitly sexual, with Christ-like sexual crucifixions. I mean, boy howdy, Leo. Oh, and there go those leather men again…

You go, boy. There’s always been a riddle about whether or not AIDS took gay lib backwards, or if it helped us be seen as human beings, even if we were humans in crisis. Your series suggests you believe in the former.

I think the project needed to be an exercise in Utopia, so I decided early on that I would see the crisis as an impediment. Also, the idea that we needed a plague to be seen as human beings is really a bummer to me, even if it’s partially true. That idea also depends on straight people’s gaze and that’s not part of what this project is.

Huh. The idea of “being seen” by others, straight people, is dependent on their gaze. I’m going to remember that. Very interesting point.

As soon as I thought “Straight people would never let us do that,” that’s when I went even further with an idea.

Which explains the sexuality, that’s for sure. In the behind-the-scenes video for your series, you say, “I don’t want people to think about AIDS when they watch it. But I want them to understand that the world that they live in was shaped by it.” Nope. I thought of AIDS and what we lost throughout. But I don’t see that as a bad thing, not at all.

That comment was aimed more toward a younger generation, who grew up with really frightening news cycles and documentaries.

But I’m adult! I lived through it. Despite its obvious hopefulness and generosity of spirit, there is an inescapable sense of melancholy to watch this as a long-term survivor. That isn’t a criticism. It’s my prism.

Oh absolutely. It’s a ghost story at its heart.

Indeed. Somewhere deep inside, I wondered if your entire concept should offend me somehow. There are folks who deeply resent the word AIDS leaving our vocabulary in favor of simply using the term HIV. And here you’ve wiped the entire epidemic off the history books! I know you’re engaged in a fictional exercise, so I can’t pinpoint what is driving this tinge of discomfort for me. But it’s there.

Yeah, it’s meant to be there. I’m one of those people that thinks that art should make you a bit uncomfortable. Although I will say that I was pretty terrified at the start of the project about offending folks.

There’s almost a “how dare you?” sentiment in me somewhere, like you’re depriving us of Our Great Tragedy. In fact, I think I’ll name this interview “How dare Leo Herrera pretend AIDS never existed?”

I’m asking this as a guy who named his blog “My Fabulous Disease.” We all claim license to how we represent HIV in our lives, and in our art, don’t we?

Exactly! I always looooved the title of your blog. I still remember the first time I read the title, and I remember at that time it wasn’t an easy thing for you to do.

That was one of the oldest ideas of the series, part of a series of other short stories. I read that in a book about Studio 54 when I was 17 and I liiived for it.

As a Latino gay man, I suppose it’s no accident that your film considers immigrants sacred to the LGBT community.

There was a web of gay and trans folks that helped my family after we moved to this country. My mom was, and is, a huge fag hag, so gays were always part of her support system.

Your series got me thinking about others who would have lived, gay black men in particular, such as singer Sylvester or athlete Arthur Ashe. Which makes me conscious of the fact that black and brown men are very present visually, but you don’t rescue a gay black figure from AIDS history to see how he might have lived the rest of his life.

I had Sylvester as one of the fathers in the finale, but story-wise, she didn’t fit. As a queer Latino, I chose the storyline of immigration. Sylvester is a huge part of San Francisco history. There’s nobody here that’s been untouched by that legacy.

Well, Leo, you’ve done a great thing, and created a mesmerizing work of art. And now I look in the mirror and realize I don’t need to be digitally aged. Here we are, in real life, watching years pass by that I never imagined I would see.

Many people of your age have expressed that feeling to me, the idea of not thinking you would be here.

I wonder if this means I should stop dying my beard. Embrace my Fatherhood. Actually, that’s what daddies are for, so I guess I’m good.

I think you’ll be fine. Daddies are super in right now

And I’m a ginger daddy! That makes me a double threat.

Be sure to check out “The Fathers Project” for more behind-the-scenes videos and background information.