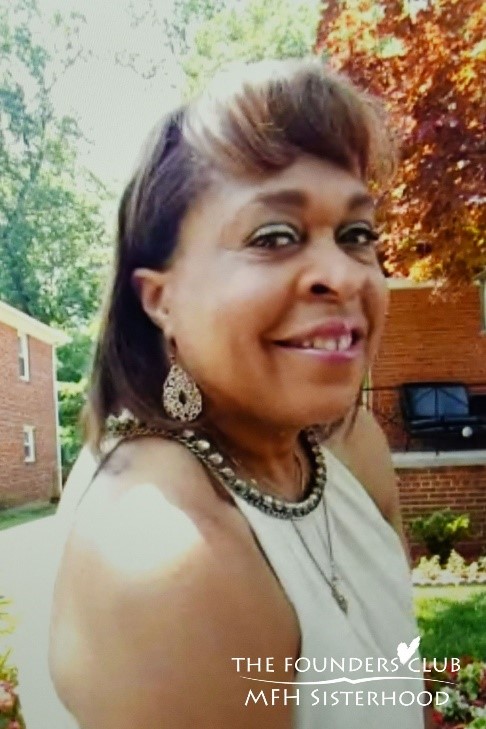 To start my story with this journey of Hope, Faith, and Love, I never thought my life would turn out the way it is today. For years before my transition date October 1, 2010 the thought never cross my mine to live my life as a woman, even though I was dressing like one for 40 years of my life. I use to always wish in my 30s and 40s I wish I had three wishes. My first wish would be to have all the wishes I could have, so that I could say this day I want to be a woman and later switch back when I had too. When I went to my first Philadelphia Trans Health Conference and hearing other Transgender people’s story, I knew my life was about to change forever.

Later that weekend on my drive back home, I knew I had to do whatever it took to transition from male to female, but I knew I could not do it all on my own. I turned to the only person I knew I could trust and put my hope into, and that was God.  I started praying a lot for the next three weeks before I saw my friend and co-work Andrea at work. Not knowing how my talk would be with Andrea, I really put my hope in her that she would know how to handle my big decision on my life. Andrea, talked with the Director of Civil Rights and Inclusiveness, telling her my story without giving up my name. The response I received from that talk was that I would able to talk with the director. The director said she would talk with the CEO of the agency about my story. The CEO response back to her was to do whatever it took to make my transition go through.

Now comes my Faith in the Director of Civil Rights and Inclusiveness and my Agency. So, the director advised me that they wanted me to break the news to the agency in three months. The plan was to tell everyone across the country on the same time and day. Putting my faith in her that she had my best interest at heart, I said ok. We met every week going through every phase of my transition, and I started calling the Director and the Assistance Director my “Transition Team”. The first three weeks, we worked on the beginning phases of what we wanted to do and seeing who my trainer would be. On the third weekend, I was at home looking at my friends on Facebook and I came across my friend Donna Rose. In going through her bio, I said I wish we were going to have her do my training to the agency. On Monday when meeting with my Transition Team, they told me they were going to have Donna Rose do my training. Wow, putting my faith in my transition team, I knew I would be in good hands now with Donna. I message Donna later and told her that with her as my trainer, this was like being in the World Series seventh and final game. Picture this: It is the bottom of the ninth inning, and we are down by three runs and we have the bases loaded with two outs. Donna comes to the plate and hits a Grand Slam Homer. Donna’s response to me was: “Yes, I will hit a Grand Slam.”

Well now comes the Love in my story, and that is telling my family two weeks before my transition day on October 1, 2010. In talking with my brother, it was ok with him, and he just told me to give him time to adjust. I then called my dad and my dad said who was he to judge and he understood my decision. The only question he asked me was, “Are you going to keep your last name.” My response was yes, and he said, “OK”. Then I told my mom and she was scared for me, but she told me she was behind me all the way and that she loved me unconditionally. After my transition date we told the rest of the family and friends who were close to me. Their response was also with love and care towards me. After all this all I can say, when or if you going to transition, you got to have Hope, Faith, and Love.

kkholmes@kkholmes.com or visit my personal website at http://www.KKHolmes.com  In my next article I’ll talk about “Being Accepted with the Public”. Until then Shoot for the Moon and even if You Miss, You’ll Be Among the STARS!