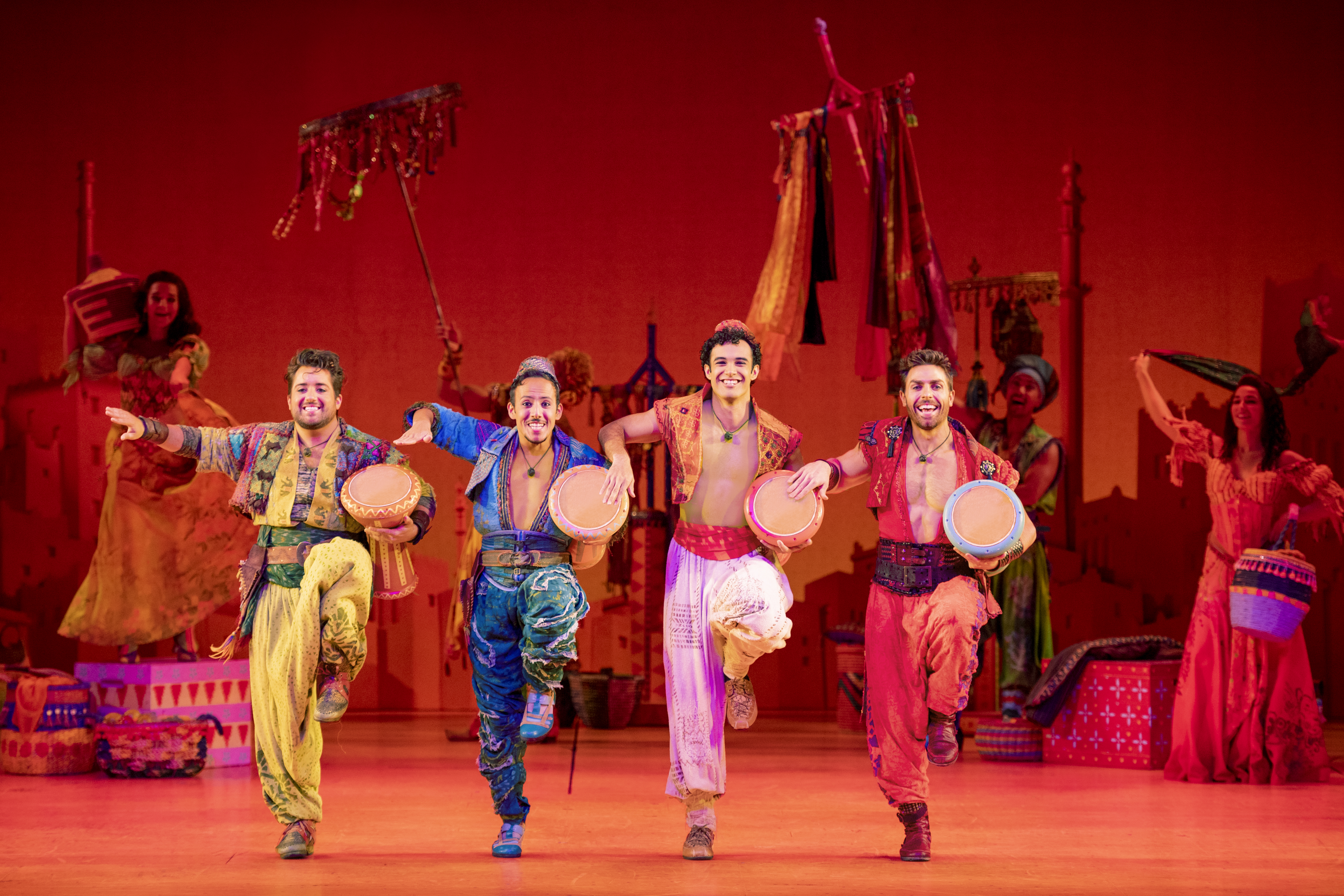 Frankie Kujawa: What can audiences expect from this upcoming performance of Aladdin?

Ben Chavez: They will see a beautiful love story about two people who feel stuck in two very different worlds and want to escape to find a better life for themselves. They face a lot of trials, but they do it out of love. It’s a story of love. They can expect to see a cast of diverse and talented people from all over the country who are singing and sharing their gifts in this performance. It’s an absolutely magical performance!

Could you describe your role of Omar?

Omar is a role that was originally written for the Disney film back in 1992. Along with pals Babkak and Kassim, we are a trio that makes up Aladdin’s best friends. Our characters were part of the original script. However, at that time animals were a hot thing for Disney, and this role was replaced by Abu the monkey. But when the creative team was creating Aladdin for Broadway, they wanted to bring those characters back instead of creating an animal on stage. So, we brought back these three characters. Of the trio, Omar is the scared, nervous one. But he is Aladdin’s loyal friend who will stick by him no matter what. Kassim is the street-smart one, and Babkak provides a lot of the witty humor.

What is it about Aladdin that makes it such a timeless Disney classic for audiences of all ages?

Obviously, a lot of people coming to see the show are people who fell in love with the film when it first came out. This show has proved to be an amazing date night for people. It’s fun, witty, and humorous, and not just for kids. Adults walk away still laughing afterward. That’s what I love about the writing and this updated version of the story. I think that it’s a story anyone can identify with. We’re all trying to be the best version of ourselves in this world. Whether you come from an upper rich background like Jasmine or living on the streets like Aladdin – we wall want to live our best life. You can identify with these characters and see yourself in these stories. When I first saw the production, the performance of the song “Proud of Your Boy” made me start to tear up. I felt the song really captured my story – all I wanted to do was make my family proud of me, especially my mom. And I think everyone can see themselves in this production of Aladdin.