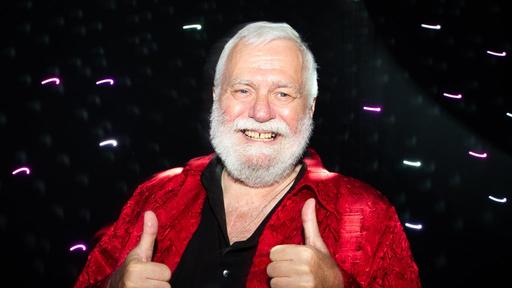 Seattle, WA – George Bakan, Capitol Hill resident and publisher of the Seattle Gay News from the days when the AIDS crisis dominated its pages through marriage equality and 2020’s pandemic-postponed Pride, has died. The 78-year-old reportedly passed away working at his desk on the paper he helmed since 1983 in a lifetime he also filled with fighting for civil rights, community activism, journalistic enthusiasm, and love of a good argument.

The Seattle Lesbian reported his death Tuesday: “A pioneer in the LGBTQ+, HIV and AIDS communities, Bakan was beloved by many who were influenced by his natural wit and personality. In the latter part of his life, Bakan devoted the majority of his time advocating for marriage equality, affordable LGBTQ+ senior housing and telling the stories of our time. He was the editor-in-chief of the SGN for nearly four decades.”

According to a biography Bakan provided and probably wrote, Rudolph George Bakan was born in Seattle, “raised in rural Bellevue and in the 1960s he moved with his family to Eastern Washington” – George returned to Seattle in the early 1980s to become a gay activist. Some of the highlights of his almost 30-years of gay community activism are organizing the Seattle AIDS Action Committee in 1983, which later became Mobilization Against AIDS. During the early days of the AIDS epidemic George and the Seattle AIDS Action Committee organized an annual candle light vigil at SCCC at Pine and Broadway on Capitol Hill. During his early days as an activist he co-chaired the 1984 Freedom Day Committee, now known as Seattle Out and Proud. George was the regional co-chair for the 1987 and 1993 National Marches on Washington, DC. During both organizing efforts Bakan led the Northwest sponsored push for bi and transsexual inclusion at the national events. Thought of retirement does not suit George,” the bio – read. In 2013, Bakan was recognized with a night in his honor at Neighbours to mark his “lifetime and continued achievements of leadership and community Service.” (Seattle Gay News & Capitol Hill Seattle – Justin Carder at http://www.sgn.org/sgnnews48_24/page3.cfm)