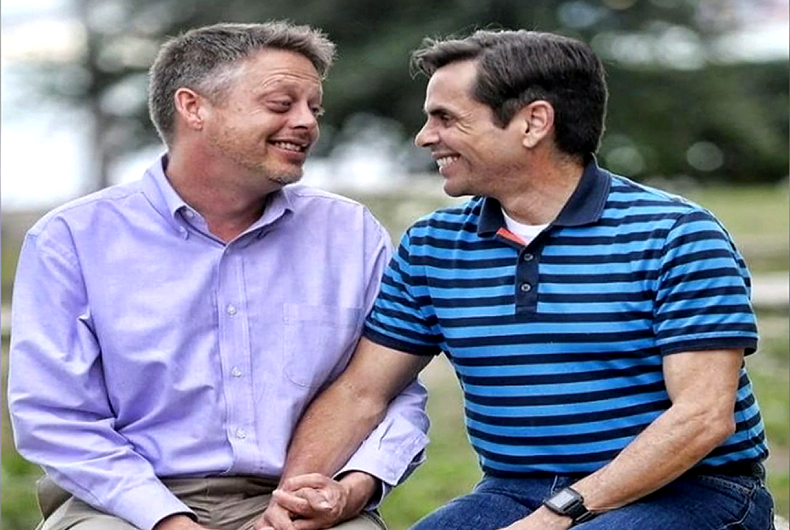 Tallahassee, FL – Alex Bollinger reports for LGBTQ Nation that Florida LGBTQ activist Jorge Diaz-Johnston – who was a plaintiff in a historic marriage case – has been found dead at age 54 in a landfill in Jackson County. Diaz-Johnston went missing on January 3 and his body was found face-down in a trash pile on the morning of Saturday, January 8. Tallahassee Police have ruled his death a homicide and said they suspect foul play. Tallahassee Police want anyone with information about the homicide to call 1-850-891-4200. They have not released any details of the ongoing investigation.

In July 2014, a judge in Miami-Date County declared the state’s ban on marriage equality unconstitutional in a historic ruling. Diaz-Johnston and Don Price Johnston – the Miami lawyer he would later marry – were plaintiffs in that case that Equality Florida helped bring. The judge ordered Miami-Dade County to allow same-sex couples to marry a year before the Supreme Court legalized marriage equality in all 50 states. “He touched so many people with his kind and generous heart,” Johnston wrote on Facebook. “I can’t stop crying.”

Diaz-Johnston’s brother, former Miami Mayor Manny Diaz (D), said in a statement: “My brother was such a special gift to this world whose heart and legacy will continue to live on for generations to come.” Community leaders remember Diaz-Johnston as someone who helped others when they needed it. “Whenever there was help needed in the community, he came out to lend a helping hand,” said Orlando Gonzalez of the LGBTQ organization Safeguarding American Values for Everyone Foundation. (LGBTQ Nation – Alex Bollinger at https://www.lgbtqnation.com/2022/01/gay-activist-helped-win-marriage-equality-florida-found-dead-landfill/)