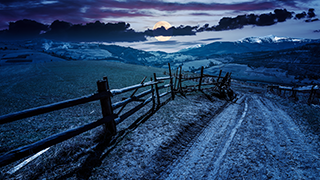 Created in 2016 by award-winning composer-conductor Craig Hella Johnson, the oratorio incorporates a breath of musical styles. Texts for the work are drawn from passages of Shepard’s college journal, newspaper reports, testimony by his mother at the trial of her son’s murderers, Native American prayers, poets including Lesléa Newman and Michael Dennis Browne, Rumi, William Blake, Dante, and others.