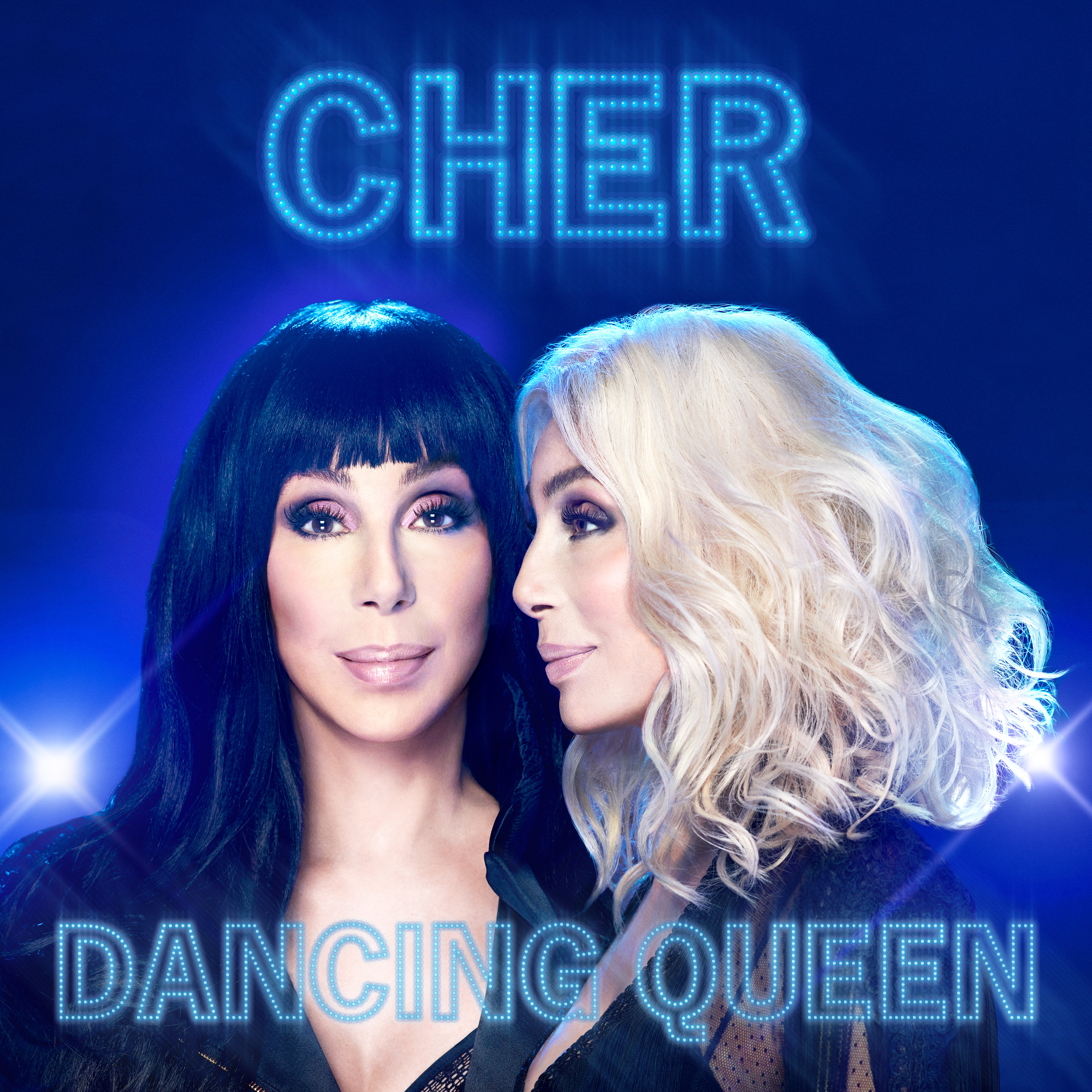 If you had the misfortune of suffering through Mamma Mia! Here We Go Again, you might not think it would be possible for anything good to come from such a debacle. But you’d be wrong. Cher, who played Sophie’s grandmother Ruby, and performed the song “Fernando” as a duet with Andy Garcia, may be the only one who survived the wreck as a winner. For her new album Dancing Queen (Warner Brothers), her first studio recording in five years, Cher reinterprets ten ABBA songs with mostly delightful results. Not a particularly original concept (Erasure beat sure Cher to it by 26 years with its ABBA-esque EP), Dancing Queen still has plenty to recommend. Cher’s versions of the title track, “Gimme! Gimme! Gimme!” “SOS,” and “Fernando” are reverential and faithful to the originals. Some of the renditions, including “The Winner Takes it All” and “Waterloo,” have enough variation that it can be said that Cher succeeds in making the songs her own.

When John Lennon first sang the words “Imagine there’s no countries / It isn’t hard to do / Nothing to kill or die for / And no religion, too,” he probably couldn’t have foreseen the state of the world almost 50 years later. Lennon’s words, so meaningful when people first heard them have gained significance over the years, from the time of his senseless murder in 1980 to the present day. Available in a variety of formats, including the ultimate edition of Imagine (Geffen / UMe), consisting of two blu-rays and four compact discs, listeners are reminded anew of the timelessness and seriousness of Lennon’s sixth post-Beatles album. In other words, there’s more Imagine here than you ever imagined. There are ultimate and raw studio mixes of the album, outtakes, extended album versions, ultimate mixes, quadrophonic mixes, and “elements mixes from master multitracks.” The album itself features some of Lennon’s most unforgettable and timeless songs, including the title cut, “Gimme Some Truth,” “Jealous Guy,” “Oh My Love” and the musical McCartney massacre “How Do You Sleep?”

At this point in time, Paul Weller has been a solo artist (25-plus years) longer than he was with his bands The Jam (seven or so years) or The Style Council (five years, give or take). Over the course of his solo career Weller has released some true masterworks, including his first two in the early `90s and a more recent effort such as 2015’s Saturn’s Pattern. Weller’s newest, True Meanings (Parlophone) definitely ranks among his best. Aptly-named opener “The Soul Searchers” and “Mayfly” are good examples of the brand of blue-eyed soul that Weller has been perfecting for years. “Gravity” might be the most gorgeous song in Weller’s canon. The political “Books” makes a strong statement, complete with sitar, and Weller pays powerful tribute to a legend on “Bowie.” The meditative “May Love Travel with You” could only be written and sung by someone who has lived and experienced life to the fullest. The oversized deluxe edition package includes five bonus tracks – two instrumental version and three remixes.

Produced by Nick Lowe, Howlin’ Wind, the first album by Graham Parker and the Rumour, preceded Paul Weller and The Jam’s first album by almost a year. A few years later Parker would embark on a solo career that yielded a masterpiece such as Squeezing Out Sparks, as well as The Up Escalator, Another Gray Area and The Real Macaw, among others. Beginning in the early 21st century, Parker fully embraced the country aspect of his trademark pub-rock sound, recording a few albums for insurgent country label Bloodshot. On his new, 24th studio album Cloud Symbols (100%), Parker balances his various influences, as you can hear on “What Happens When Beauty Fades?,” “Love Comes,” “Girl In Need,” “Is the Sun Out Anywhere,” and “Ancient Past.”

Ostensibly the soundtrack to soundtrack to the Joan Jett doc of the same name, Bad Reputation (Legacy / Blackheart) also serves as an updated and expanded compilation of the various phases of Jett’s lengthy and legendary career. The album includes songs by The Runaways (“Cherry Bomb” and “Wasted”) and Joan Jett and The Blackhearts (“Do You Wanna Touch Me,” “I Hate Myself For Loving You” and covers of “Crimson and Clover,” “Rebel Rebel,” and “I Wanna Be Your Dog”). Additionally, there are songs by Bikini Kill and Feminazi, and the previously unreleased track, a cover of The Replacements’ “Androgynous” performed by Jett, Laura Jane Grace, and Miley Cyrus.

Permanent Green Light (led by queer singer / songwriter / bassist Michael Quercio, following the break-up of Paisley Underground band the Three O’Clock) only released a pair of full-length albums in the early 1990s, but that doesn’t mean that they aren’t deserving of a retrospective such as Hallucinations (Omnivore). It’s easy to hear how they might have been overlooked the first time around as they bear no resemblance to the grunge fest that was taking place when they first arrived on the scene. Fortunately, with this 16-track set that pulls from its eponymous debut, as well as the follow-up Against Nature, we have another opportunity to get acquainted with PGL via standout numbers such as “We Could Just Die,” “(You & I are the) Summertime,” “Wintertime’s A-Comin’, Martha Raye,” “The Truth this Time,” and the acoustic “Marianne Gave Up Her Hand.”

Finally, Ian Svenonius is a man of many projects, from Nation of Ulysses and the Make-Up to Chain and the Gang. His solo project, Escape-ism, which owes a considerable debt to minimalist synth icons Suicide (Alan Vega and Martin Rev) has yielded a second full-length album The Lost Record (Merge). If you’re looking for something that takes a few spins to fully reveal itself, this is the one for you.