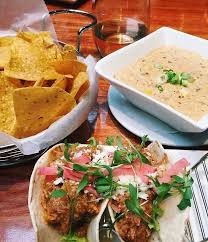 Two weeks ago, the county I live in still had a ban on most stays with the exception of providing safe shelter for essential worker wishing to minimize the risk of exposure to their loved ones. There were days without a single arrival, and while I enjoyed extra time at home to spend with my animals and accomplish a variety of home projects, I enjoyed that I felt safe at work. Both my parent company and my immediate supervisors have and still understand the balance between financial security and employee safety, and I do not take my fortune for granted. As stimulus money rolled in; with people itching to get out of the monotony of being at home, I did not have to worry about an individual’s lack of precaution affecting my safety, or my wife’s. In the past week and a half as not only the restrictions in my state, but the surrounding states have expired or been amended, not only has my fear increased exponentially, but also my frustration at a growing number of folks who both misunderstand the meaning of freedom, and the responsibility that goes along with it.

Freedom at its most basic sense is the ability to do whatever we want. If I wanted to eat nothing but tacos and crab dip for the rest of my life, there is no police officer coming to my house and dragging me away mid-chew. I am an adult and that is my absolute choice, and there are days (most) where that sounds like the best idea. The problem with that is, with our choices, are consequences, freedom aside. The consequences of nothing but delicious salt, dairy and carbs are long term on my body, while the immediate consequence of Old Bay and peppers is a night spent hurriedly sprinting to the bathroom while my wife asks me if I am going to eat better tomorrow. Most of those consequences only affect myself, other than the smell of my choices burning the nostrils of anyone within a stone’s throw from one of our bathrooms.

That is freedom in a simplistic way that a child understands. As an adult, we are aware that our actions have consequences that radiate past ourselves. The consequences of rushing to enjoy the approaching summer with as much normalcy as possible are not just going to affect beachgoers and partiers, they are going to affect me. They are going to kill people that have loved ones and friends. Moreover, that is why freedom in the simplistic sense stops making sense. Past primary school, our lessons on are met with equal focus on liberty, or the idea that we are free from oppressive restrictions imposed by authority on one’s way of life, behavior, or political views. Particularly the belief that a right is not right if it impedes on someone else’s liberty. My stuffing myself stupid affects me, myself drinking a bottle of vodka and driving to get more affects anyone that is in between me, the liquor store and back to my front door.

My hair looks like someone spray painted an Annie wig. Today I was supposed to be in San Diego enjoying the best view with the best person. We managed to hit the queue for Hamilton tickets at The Kennedy Center early, and if there was something to look forward to, for us it was that. Most of my friends are service workers, and I worry about them constantly. I understand the gravity of long-term economic chaos at the hands of a virus that we cannot control. That is why I write this. Because we cannot control a virus, only our approach towards it, and we are slipping. I have a hotel that instead of servicing those workers that have kept us fed and safe, has people with money to burn and a desire to have fun. Moreover, while we all deserve to have fun after the hand that 2020 seems intent to keep giving us, the reality is that human lives are more important. No precaution in the world can protect anyone from people who stopped listening to civic lessons before they could drive.

Economies can be fixed, death cannot. If you need a place to rest your weary head, I am still all smiles and glad to be able to still have the ability to do so. However, I remember how it felt when binding caused me my first pleurisy bout, and after that, I do not think fun trumps being able to readily breathe in oxygen, and no conversation on the importance of fiscal sovereignty is going to change that for me. I have been in debt since I was eighteen, and I graduated with more debt than I have been able to earn back since then. The president of Hopes has lost multiple residents at his day job to this disease, and I can see the effects of repeated deaths on his face during our Zoom meetings. I have a sixty-seven year old asthmatic mother and a seventy-year old father who is still working as a manager at a convenience store. The idea of someone’s freedom to infect him and kill her keeps me up at night.

Freedom without consequence is why we have laws. My wants do not get to trample on the rights and liberties of others. Part of being a responsible American is the understanding of the difference between wants and rights. I have the right to vote to protect my safety as a transgender person of multiple races. I have the right to speak out on the injustices that affect me. Being a minority has given me the valuable insight into what exercising freedom without restraint, without pause to consider the effects on others really means. The same beliefs I have on social justice and equity are the ones I implore everyone to take into consideration as more and more opens in the coming weeks. Safety without numbers.