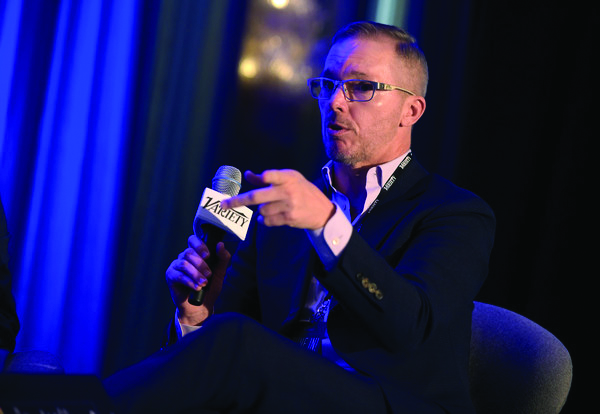 Television executive Quinn Taylor is the latest addition to Provincetown business owners with his acquisition of the Portuguese Clams and Lobster Ravioli serving Cafe Heaven. He pries open his playbook to discuss courting the Cape’s eligible gents, reveals what dating rules are so 1985, and answers the all-time philosophical debate of whether cereal is a soup or not.

Kevin Assam: Do you consider cereal to be a soup?

Quinn Taylor: No. I suppose you could but why would you bother? It’s cereal. I have soup. [Laughs] I love soup but I love cereal too. Sometimes a cigar is just a cigar.

What led you to go in on this venture?

My career in television was very good to me and I was good to it. I felt I came to a place where I could step back and come to Provincetown full-time. LA is great but I don’t need two homes anymore. I thought of spending the summer here in Provincetown when I got a phone call on the 28th of February saying Cafe Heaven was for sale. I said I would buy it. There wasn’t too much thought into this other than the fact I had been eating at this restaurant hundreds of times over the many years I had been coming here. I always loved the food. I became very friendly with the owners. I met friends there I still have to this day. When the phone call came, it felt bizarrely natural.

Is democracy suited for all restaurant kitchens?

All good ideas should be listened to no matter where they come from  –  a server, a dishwasher, or a prep cook. Since I took over, we’ve had contributions from all walks of the restaurant. If the server asks the question for a customer in terms of whether the kitchen can do something, the chef will say yes or no then look at me to see if I agree. Most times I never override the chef since he has to make the damn thing.

There seems to be a new wave of acquisitions of pre-existing businesses in Provincetown. Is this just the cyclical nature of the town’s economy or a result of persons not necessarily wanting to start a venture from scratch?

I never thought I would start my restaurant from scratch. I was not a restaurateur. I did not go to culinary school. I did work in a small diner once growing up in Arkansas. I cannot imagine doing what I did in the same timeline if I had started from scratch nor did I really want to.

Would Bill Clinton have liked what you cooked growing up in Arkansas?

Of course, he would.

What’s your television lineup for a day in and what are you eating while you lie in bed?

I don’t eat or watch TV in bed [laughs]. I try to keep those things separate having made it in the industry for 27 years. My days were filled with television. When I was sleeping, I wanted to sleep. When I was eating, I wanted to eat. I just started watching “Dead to Me” with Christina Applegate. I’m obsessed with HBO’s “Gentleman Jack.” “Veep” is the most incredible show ever. I loved “Succession” and can’t wait for its return. I always think “Modern Family” is a stroke of genius every time. I love “Sneaky Pete.”

Is long-distance for the birds?

I know people who made it work. It can’t work forever. You really have to commit to it and fly back and forth. Like a plant, you have to love it, feed it, and talk to it. You can’t do it over the phone all the time.

I have been single for a number of years now so my playbook may not be worth discussing. We are all obsessed with having a type. What’s your type? I say upright and breathing. Would I go on a blind date? Sure. I’ll go if I think the person is nice. I try not to adhere to what I consider to be a type because that usually does not work.

Do we need to eliminate rules of courtship that deal with holding back or deliberately delaying communication after meeting someone? Is there an advantage to making the first move or being a bit more aggressive?

Those rules are ridiculous anyway. If you like each other why can’t you reach out? Don’t stalk them or text every eight minutes. If you text someone who likes you and that person expresses they like you, why can’t you communicate whenever you choose to? Imposing a three-day wait is overly pretentious and wildly 1985.

How long should we wait before moving on from someone who hasn’t responded to us?

You don’t know the reason someone hasn’t called you back other than what’s in your head. Maybe their phone died? Maybe they hate you and think you’re a disaster? Maybe they like you but broke their arm in a bicycle ride? We’re so obsessed with ourselves and the need to be validated because communication is .0001 seconds away at any moment of our lives. We are all way too available.

I just went through the process of getting my liquor license. Once you have it you have to talk to the distributors and send them a picture of the license. I said to my business partner “How the fuck did they do this 20 years ago?” Even before a fax machine, did you have to mail a photocopy or a mimeograph copy of your license to distributors for approval to have liquor delivered? How did things get accomplished? Now we can take a picture with our phones and have the liquor a day later. It’s a good thing and a bad thing. [laughs]

When it comes to relationships, it’s far more complicated than bottles of wine. Wine shows up. I sell it. People show up. They have an agenda and perceptions. They may not think you like them. I don’t know why we need to put a time frame on a response to a text message unless you become a stalker and that’s a whole different story.