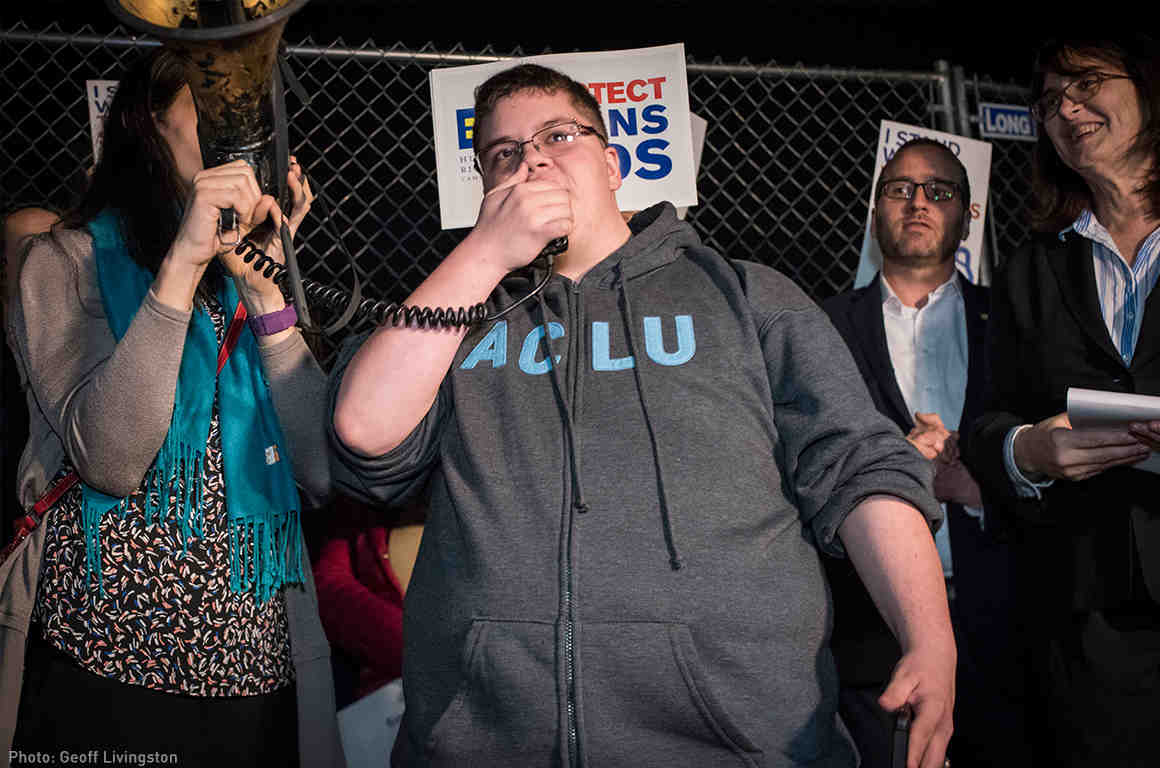 Washington, D.C. – The US Supreme Court has decided not to hear a Virginia school board’s appeal of a case finding that Trans students should use restrooms that correspond to their gender identities. Justices Clarence Thomas and Samuel Alito dissented from the decision, writing that they found sufficient grounds for the high court to take the case.

The six-year-old case centered on Gavin Grimm, who in 2015 sued his school district for the right to use boys’ restrooms in his high school. The principal at first gave him permission to use the boys’ bathroom, but the school board later adopted a policy saying restrooms were “limited to the corresponding biological genders.” Grimm went to court, relying on Obama-era policy stating that the Title IX protections against discrimination on the basis of sex applied to gender identity.

Grimm and his ACLU attorneys won a series of court victories, until the Trump administration reversed the previous rules and informed schools they need not protect Transgender students. Grimm then refiled his lawsuit and again won a series of court victories, with the school board finally asking for review by the Supreme Court. “For Grimm, long out of high school, the high court’s decision not to review the case came as a welcome victory. “Being forced to use the nurse’s room, a private bathroom, and the girl’s room was humiliating for me, and having to go to out-of-the-way bathrooms severely interfered with my education,” he said. “Trans youth deserve to use the bathroom in peace without being humiliated and stigmatized by their own school boards and elected officials.” The only downside in this case is that the court did not make an affirmative ruling, which means that future White House administrations do not have a legal mandate to enforce the rights of Trans students, and could reinstitute anti-Trans policies. (Seattle Gay News – Mike Andrew at http://sgn.org/sgnnews49_27/page3.cfm)