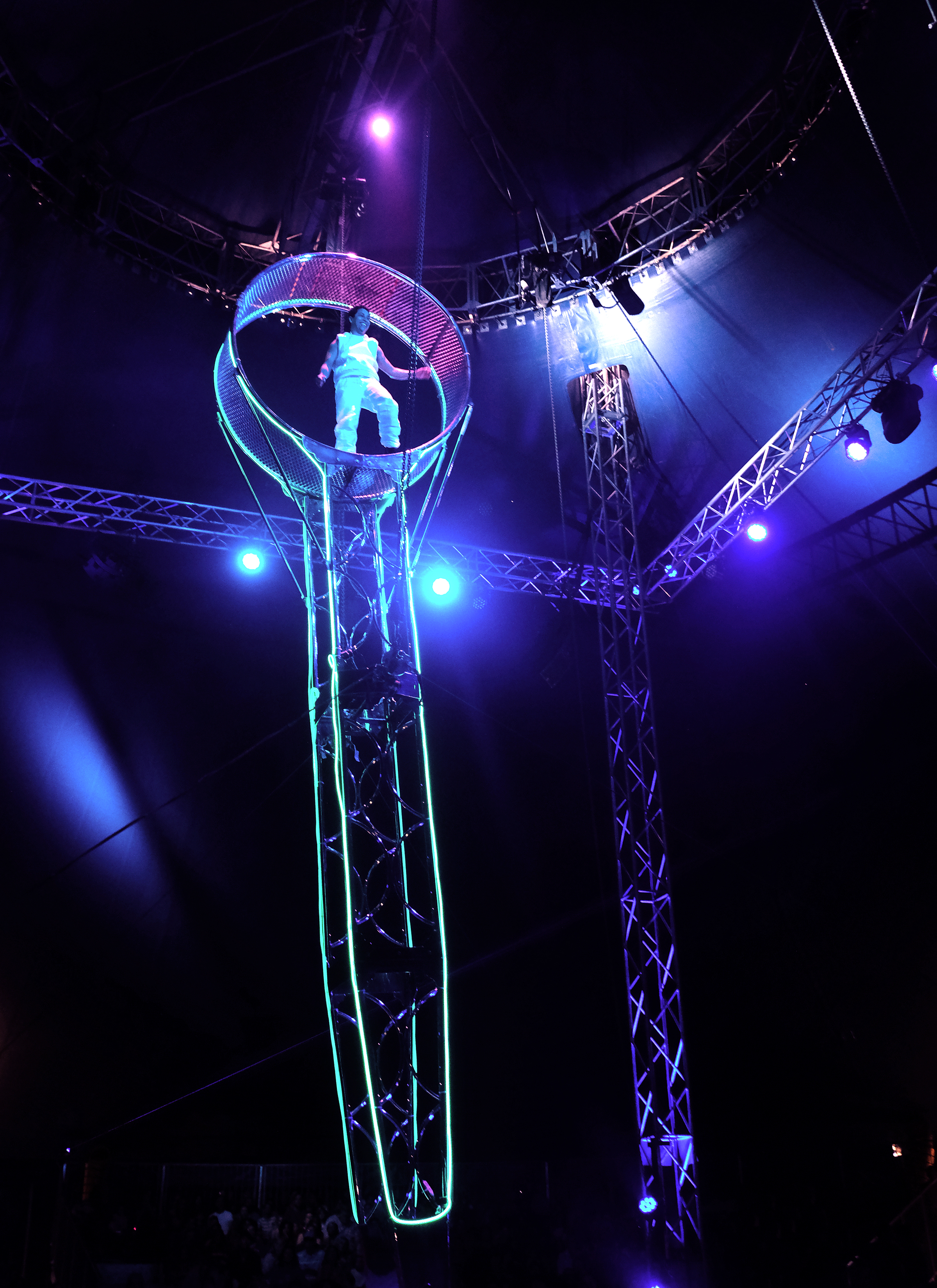 Cirque Italia presents “Aquatic Spectacular” in Frederick, Maryland, running from October 31st to November 3rd. The name reflects a unique attribute under the tent, as the show features a custom designed water stage that travels from city to city. The stage holds 35,000 gallons of water that performers dazzle over while thrilling the audience with every move. With this “unique feature” under the tent, guests will be surprised, for it’s a show all its own! Baltimore OUTloud recently chatted with Guillermo Fernandez, who performs the death-defying stunt, the “Wheel of Death.” 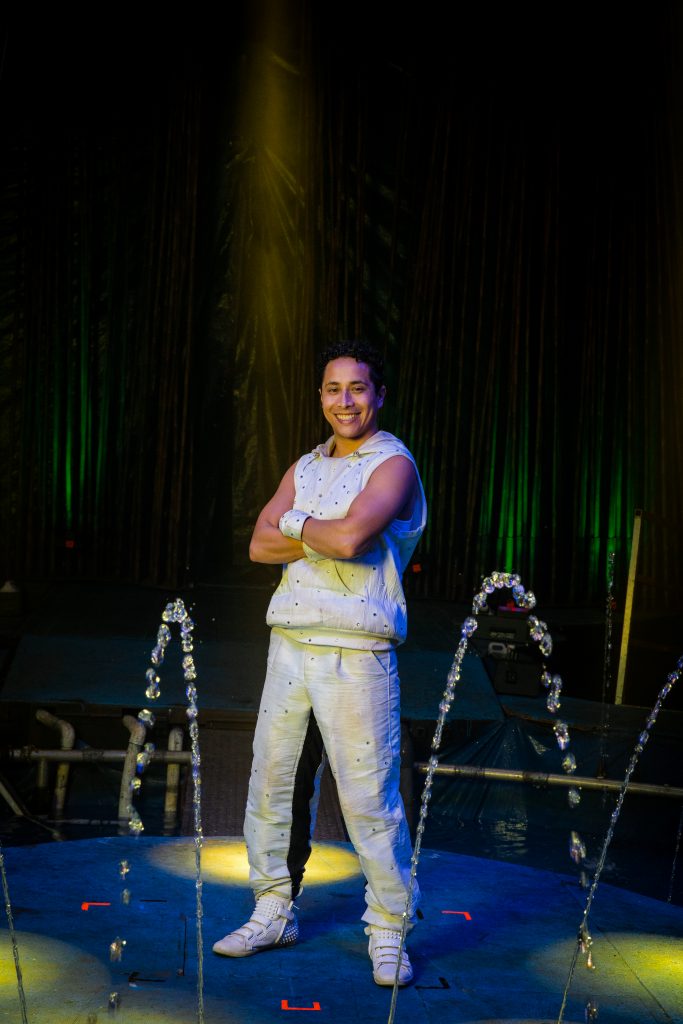 Frankie Kujawa: What can audiences expect from this upcoming performance?

Guillermo Fernandez: Cirque Italia is a traditional circus with clowns, acrobats and dancers. But the plus side is this is the first and only water circus. So, besides all these great performances and acts, there is water involved. It’s a Vegas-level show in your own backyard! There’s no show travelling around the country this big. Everywhere we go, people love it! Another thing that people can expect is that this is a 100% pro-animal circus. So, there are absolutely no animals in the show whatsoever. Any person worried about animal welfare can enjoy 100% of the show. We believe animals belong to live in the jungle, so that’s where we leave them.

What kind of training and conditioning goes into performing the Wheel of Death stunt?

Well, the Wheel of Death is one of the most dangerous acts in the circus world. Everyone is different in how they approach it. For me, personally, I started practicing when I was 14 years old for about four hours a day. I keep practicing. I still must maintain my physical endurance. For me, because I’ve been doing it for such a long time, I practice twice a week for an hour. When you begin, however, you have to practice a lot.

I’m concentrating when I’m performing. Yes, I do hear little things, but I really don’t really get to see people’s faces. After the Wheel of Death, there’s a section after the show when we meet people in front of the circus. It’s there when I get to hear what people have to say. They’ll say, “You’re crazy!” or “How do you do that?!” and that’s when it sinks into my head that for some people this stunt is out of this world. But, for me, it’s normal.

Can you tell our readers a little bit about your background?

I was born in Guadalajara, Mexico, and was raised in Mexico City. I was a circus kid, and my family and I went all over. So I’ve been pretty much to all of Mexico, the US, Italy, and Spain. I spent most of my childhood both in Mexico and the US. I went back to Mexico and came back ten years ago and haven’t left. I enjoy life on the road. It’s super fun.