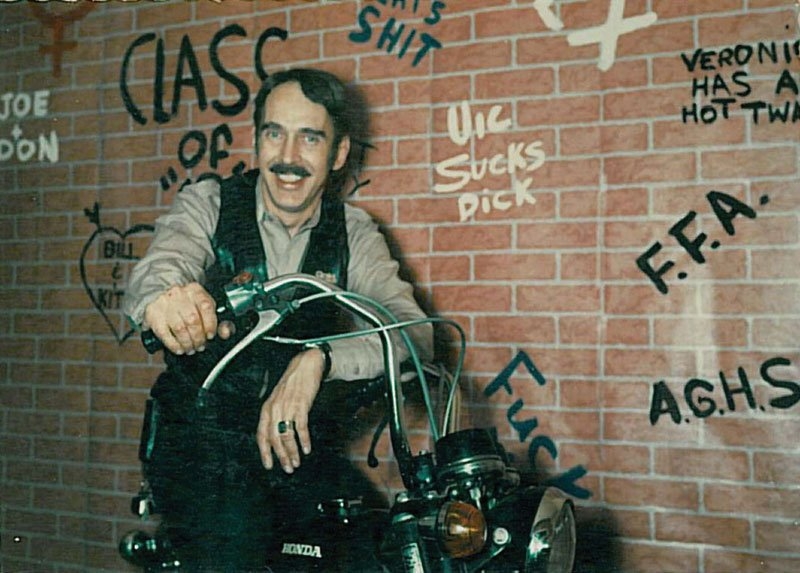 Chuck Renslow, 87, a longtime pillar of the LGBTQ community in Chicago and around the world, has died after multiple long-term health issues. Renslow reigned over a seven-decade empire, starting more than two dozen businesses– bars, discos, photo studios, health clubs, bathhouses, gay publications, hotels, restaurants, and bookstores. He fostered organizations and dealt with Mafia and police payoffs, the Chicago Machine, anti-gay government policies, and controversy within the gay community.

The founder of International Mr. Leather, owner of Man’s Country and the Gold Coast bar, publisher of GayLife newspaper in the 1980s, political activist, and much more was an out business owner since the 1950s. He was a contributor to a wide range of political, social, business, health, and other causes.

In the early 1950s, Renslow founded Kris Studios, one of the earliest and most durable of the physique photography houses. He was an accomplished photographer, including of the ballet. His dance photography is in the Newberry Library dance collection in the Chuck Renslow Dance Photographs collection.

He was the publisher of Triumph, Mars, and Rawhide magazines, publications mailed and shared across the country helping gay men find each other in the decades before Stonewall. In 1965, he was a founder of Second City Motorcycle Club.

He opened Gold Coast– believed to be the first leather bar in the U.S.– in Chicago in 1958. He was the founder of many bars and sex clubs since the 1960s including Man’s Country, which is still open in Andersonville.

Renslow had many partners over the years, among them Dom “Etienne” Orejudos, who he was with more than 40 years, and helped encourage Dom’s work as the artist Etienne. He was also involved with Cliff Raven, Chuck Arnett, Sam “Phil Andros” Steward, David Grooms, and Ron Ehemann, and encouraged them in their work, too.

In 1979, he founded International Mr. Leather, which grew out of his Mr. Gold Coast contest and the experience he had managing A.A.U. physique competitions. When Dom Etienne died, Renslow combined his collection of Eteinne’s art with his own archives from his business and his life; Renslow and Tony DeBlase co-founded the Leather Archives & Museum in 1991. Renslow served as president for many years.

Renslow was inducted into the the Chicago LGBT Hall of Fame in 1991 and received dozens of awards from the gay and leather communities. He received the Leather Journal’s lifetime achievement award and a Centurion Award as “Leatherman of the Century.”

He served on the board of directors of the National Gay and Lesbian Task Force and was a U.S. representative to what was known then as the International Lesbian and Gay Association.

Renslow also was involved in newspapers, purchasing GayLife from its founder, Grant Ford, and publishing it for several years, until it folded in 1986.

Renslow was especially active in politics in the 1970s and 1980s, as the gay community gained clout. He was the founder of Prairie State Democratic Club in 1980, and they hosted events with top politicians from Chicago and Cook County, and even presidential candidates coming through the area. He pushed for the gay and lesbian civil-rights ordinance when it was first introduced in the Chicago City Council in the early 1970s, and the initial executive order banning discrimination in Chicago city government, as issued by Mayor Jane Byrne.

He served as a Democratic Party 43rd Ward precinct captain for eight years, as a candidate for delegate to the 1980 Democratic National Convention (for U.S. Sen. Edward Kennedy), and within the 46th and 48th Ward Democratic Organizations.

His other bars and businesses have included the Chicago Eagle, Triumph Health Studios, Sparrows Lounge, Bistro Too, Zolar, The Club Baths, Center Stage, and Pyramid.

Renslow was born in 1929, raised in the Logan Square neighborhood of Chicago, and graduated from Lane Technical High School.

Renslow is survived by many friends and family.

Renslow’s life is chronicled in Leatherman: The Legend of Chuck Renslow, by Tracy Baim and Owen Keehnen.